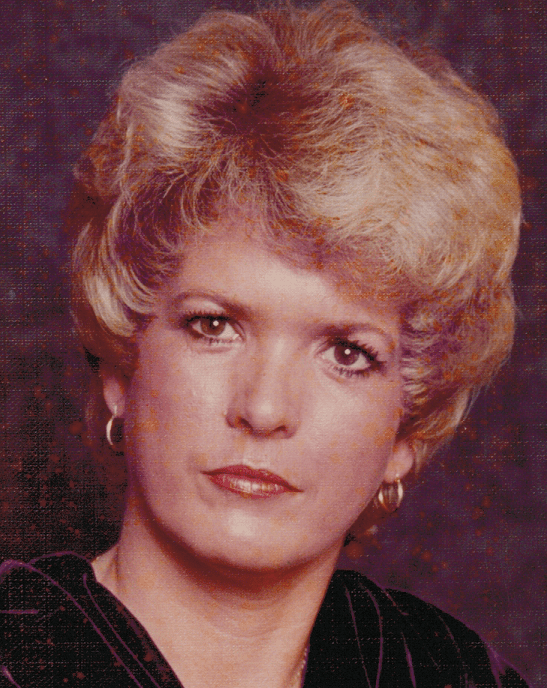 Erma Wilborn Heavner, a.k.a. Gigi, passed away peacefully at home Sunday, August 21, 2016, surrounded by family, after a long battle with ovarian cancer. Erma was born in Norfolk, VA on March 5, 1943, the daughter of the late Eugene C. and Mable Wilborn, she was also preceded in death by brother, Wayne C. Wilborn. Erma was a dedicated beautician for over 50 years who had a lifelong relationships with many customers to whom she would travel. She would volunteer her services at no charge to various nursing and funeral homes. She was known for her mac & cheese, fried chicken, chicken & dumplins, strawberry shortcake and so much more. Erma was an accomplished seamstress and homemaker not just to her own home but to anyone who asked or was in need.
Left to cherish her memory is her husband of 50 years, Fred; two sons and two daughters, Ricky Lister, Valerie Rockeman and husband Jeff, Dale Lister and wife Kim, Michelle Auxt and fiancé David Rhoads; her step-sister Betty Gray and husband Cy. Erma had six grandchildren, Zach, Katlyn, McCrae, Colsen, Peyton and Camryn; as well as one great granddaughter, Aubrey.
A gathering in honor of Erma’s life will be held Wednesday, August 24, 2016 from 6 – 8 pm at Altmeyer Funeral Home, Southside Chapel located at 5792 Greenwich Road, Va. Beach, VA 23462 Erma will be laid to rest at the family gravesite in Virgilina, VA.
In lieu of flowers, donations may be made to Medi Home Health & Hospice, 530 Independence Parkway, Suite 200, Chesapeake, VA 23320. Please visit www.AltmeyerFH.com to offer a note of condolence to the family.

From my dad and family: Thank you EVERYONE for your kind words about mom (Erma). We miss her terribly and still doesn’t feel real that she is no longer on this earth! But we know she is FINALLY out of pain and now watching over us as our favorite angel. She was an AMAZING woman to so many and was a blessing to all that encountered her! Thank you for your continued support! We love you all and God Bless you and your family!!!

We are grateful to have shared her life. We were friends for about fifty years having shared many family times together. Although the loss will be ours forever, we know she is not gone, just away for a time.

Fred, I am so sorry to hear about Erma’s passing. Vic and I send our deepest sympathy to you and the entire family. Please know that we care deeply and send our thoughts and prayers.

So sorry about your loss. Thinking of you.
With love

Michelle, I am just learning about your mother’s death, and I can’t begin to tell you how sorry I am. I was in her and your father’s presence several times, and they were 2 very special people one doesn’t easily forget. I know how family oriented you are ,so I know this is one of your most difficult challenges yet. Stay strong; surround yourself with your loved ones. I’m quite certain your mother left this world feeling very proud of the young woman you became.

She was a lovely lady. I have so much respect for the strength she demonstrated during her illness. She was beautiful and very gracious. May God continue to Bless your family through the wonderful memories you share. Much Love to you all, Pansy

I am at a loss for adequate words to express my sadness for you losing what I think is the one of most important compasses in our lives. I know your mom was that to you, and with this loss comes so many layers of heartache. I had the blessed opportunity of meeting your mom and I know heaven just received one of the most special angels. You are a reflection of your mom in the way your treat people with respect and empathy. Not to mention the way you make each person feel loved. Please know my heart is open to giving you anything you might need during this time of incredible loss.
Wrapping my arms around you.

Erma was the epitome of southern elegance and grace. She was a beautiful southern bell, a loving lady who knew no strangers. Her beautiful smile had a way of making people feel instantly at ease. No matter the time or distance between visits, I always felt close and welcomed whenever I was in her presence. I will miss her smile and her sweet nature. Until we meet again, Erma — Love and blessings to you dear lady.

I extend my dearest and heartfelt sympathy to the friends and family of this beautiful lady.

We did not get the opportunity to meet GiGi but I know how much she was loved. We send our condolences with heartfelt sympathies during this difficult time to all the family members. We wish you peace and comfort on the days ahead.

Reading about your beautiful mother I certainly recognize where you get your big heart and your exceptional kindness. Please let me know if I can do anything for you.