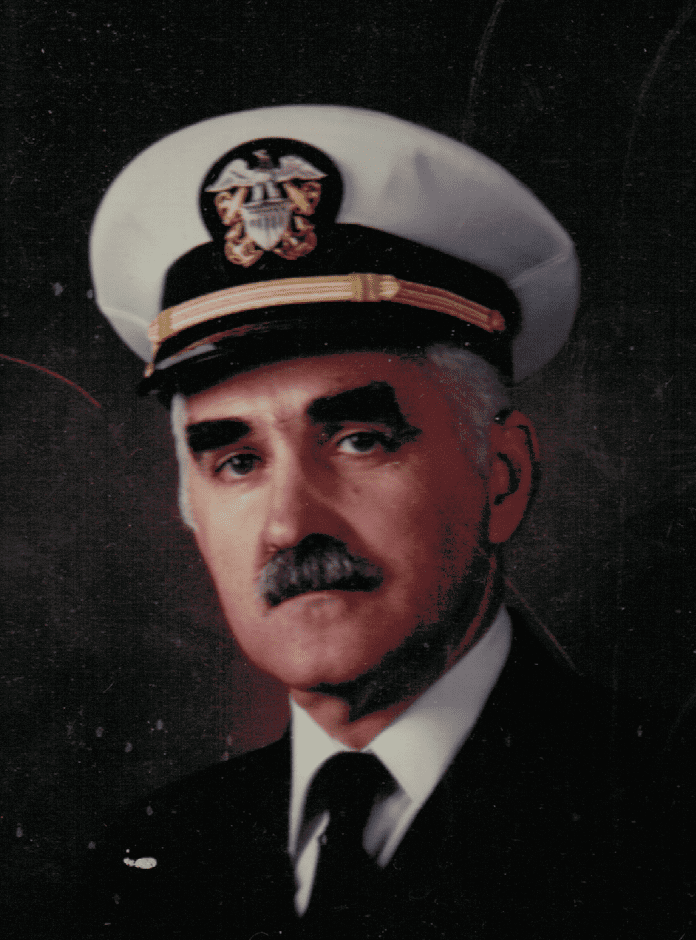 Ercell Douglas Spangler, “Doug,” of Virginia Beach, passed away on Wednesday, December 7, 2016 at the age of 76 years. He was born on April 1, 1940 in Bottom Fork, KY to Ercell “Buck” Spangler and Gladys Osborne Spangler. Doug served his country for 35 years in the United States Navy, retiring as a Chief Warrant Officer-04. Upon retirement, Doug worked at the Solec Corporation. Eventually, he also became “the clock guy,” specializing in repairing and selling antique clocks.
Doug was preceded in death by his parents.
Left to cherish his memory are his wife of 52 years Irene B. Spangler ; daughter Tracey Mack; daughter Noelle Wright; daughter Alexandra Johnson and husband Warren; five grandchildren Christopher Mack, Nicholas and Daniel Wright, and Heather and Douglas Johnson; and three sisters Delores, Joyce, and Sharon.
A Memorial Service to celebrate Doug’s life will be held on Wednesday, December 14, 2016, at Altmeyer Funeral Home-Southside Chapel (5792 Greenwich Rd. Virginia Beach, VA) at 4 PM. Online condolences may be expressed by clicking the “post a condolence” button below.
In lieu of flowers, memorial contributions may be made to benefit the Alzheimer’s Association. To make a contribution to the fund please click HERE.

I served with Chief Spangler aboard the USS Holland AS-32 in Holy Loch Scotland in the late 1970’s. He was a great leader and very personable and funny. When we were ashore, he used to look at the beautiful mountains surrounding the Scottish loch and tell me it reminded him of his old home place in Letcher County, Kentucky. Rest in Peace Chief….. HT2 Steven Long, USS Holland AS-32 DC Division 1977-1979

We were so sorry to hear about Doug and as you know we will always be there for you anytime. We have known Doug for a very long time and he was such a great friend, family man and such a nice person and will be sorely missed.

Noelle, please accept my condolences on the loss of your father. My heart goes out to you and your family on your loss.

Extending my deepest sympathy to the family. I am very sorry for your loss and holding you all in prayerful thoughts. On behalf of my family, please know that we are here for you. A contribution will be made in memoriam. Peace be with you all. Respectfully, Karen (Auntie June’s niece)

May the God of all comfort be with you during this time of grief. 2 Corinthians 1 : 3* 4. As you reflect on the happy moments you spent together may it bring you comfort.