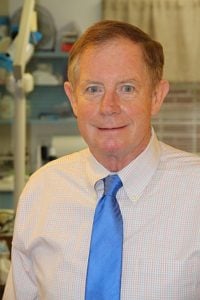 Dr. Trolenberg, known to his family and friends as “Bill”, was born November 21, 1953 in Schenectady, NY, to Hilma Howe and William Trolenberg, III.  He was later adopted by Joan Cox Trolenberg, after his father’s remarriage and his mother’s passing.
Bill grew up in Clifton Park, NY, with an adventurous spirit and an engineer’s brilliant mind.  He achieved Eagle Scout rank as a teen and got his pilot’s license at 16yo. He went on to receive his Biology Degree from Union College in Schenectady, NY.  He hiked all the Adirondack Peaks (a 46er) and was an expert skier.  Active in ROTC, his passion and commitment led him to become a pilot with the US Navy.  After making the historic 250,000th landing on the USS Forrestal, he left the Navy as Lieutenant to provide stability for his young family with less time at sea.

Bill went on to pursue his dental education at the University of Texas in San Antonio.  He then joined the US Air Force to continue his military career as a dentist.  He retired after 20 years of military service, with many honors, as a Lieutenant Colonel and Chief of General Dentistry Element at Langley Air Force Base.
Following his retirement from the military, Dr. Trolenberg continued his dental career and acquired the Deer Park Dental Office, in existence since 1965.  Continuing  to provide dental service at this community-based location was a particular source of pride, and he built many loving and caring relationships with his patients, who he enjoyed serving over the past 18 years.
H

is love of the sea didn’t end with the Navy.  Bill was an avid sailor and enjoyed tinkering with his own boats.  He could park his yacht with the skill of a pilot landing on an aircraft carrier.  Much like the “Officer and a Gentleman” he was, his love of fast, sleek cars was well known.
Bill was also extremely generous with his time and his gifts.  His friends and family knew him to be quick with a smile, advice and assistance.  He would help whenever and wherever it was needed.  Recently, he did mission dental work in Jamaica and found it so rewarding that he planned to make it a regular commitment with the American Dental Christian Association.
Dr. Trolenberg was preceded in death by his father, William, of Cary, NC, and brother, Kurt, of Albany, NY.  He is survived by his mother, Joan Trolenberg of Cary, NC; his wife, June Green; his daughter, Natalie Tuttle (Scott); his daughter, Kristel Hacker (David); step-son, Jabari; grandson, Gabriel Tuttle and step-grandson, Cory Hacker; former wife, Donna Trolenberg; his sisters, Kristen Trolenberg and Kyla Dana of NC; his brother, Karl Trolenberg of VA; and many loving in-laws, nieces, nephews, cousins and more.
The untimely and unexpected death of Dr. Trolenberg has cut short the illustrious life of an amazing man.  Instead of being with the people he loved, serving the community and enjoying his much deserved retirement, his time with us is over.  The love, memories and contributions he created will live on, but Bill will be sorely missed by many.
In remembrance, donations may be sent to the Lackey Clinic in Yorktown or via Liberty Live Church in Hampton.

May you rest in peace my friend of San Vito Dei Normanni Air Station, Italia. My prayers and condolences to your surviving family. I realize their sadness and feeling of loss for my son lost his life just 4 months prior in line of duty February 2019. My explanation is Heaven was in need a of a police officer to assist St. Peter in obtaining license, insurance and registration of each new soul arriving to Heaven’s gate and a kind soft spoken Dentist to continue his work taking great care of the angels and soul’s of all. Both fought a glorious fight but they’ve been called to serve our God almighty for all eternity and peace.

Sweet peace and love to the family. RIH my friend.

I was stationed with Dr. Trolenberg at Langley AFB during the 90’s. He was a wonderful man and a talented doctor. My condolences to his family.

Prayers of strength for the family… He was our family dentist since he took over deer Park. My mom, Mrs. Lavenia Curtis, a long time patient and when she passed in 2016 he sent the sweetest condolence.

My Dearest June I am so sorry for your loss. My deepest sympathy go out to you and the entire Trolenberg family for the loss of such a wonderful person. June know that as part of your church family I will be here for you always.

I was with Bill that morning and spoke briefly to wife June my friend before he started on me. I am heart broken and sad that this has happen. I pray for comfort and healing for His family. ♥️

Miss you! Thank you for working on me for the past 13 years.

Dear Friends and Family of Dr. William F. Trolenberg,
My name is Don Dransfield owner of Dransfield Jewelers in Richmond Virginia
On behalf of my self and my employees we share our condolences for your loss of Bill.
Although I (we) didn’t know him but so well, we always enjoyed working with Bill, on the several custom jewelry projects we did together.
Bill always had a smile and a kind way about him. I shared several stories about boating on the York River and the Chesapeake Bay
with him, my home is on the York River. I read the article and obituary in the Daily Press and realized just how much I didn’t know about
this amazing man. I can only imagine all of the people that Bill has touched in his lifetime with his service in the Navy and his dental practice.
Our hearts and prayers go out to all of you, may you find peace in dealing with this tragedy.

We are all patients of Dr, Trolenberg since 1965. He was an amazing man, so kind, generous and thoughtful. We are so sorry for the loss of this wonderful man, may God be with June and the entire Trolenberg family. Our thoughts and prayers are with each of you.