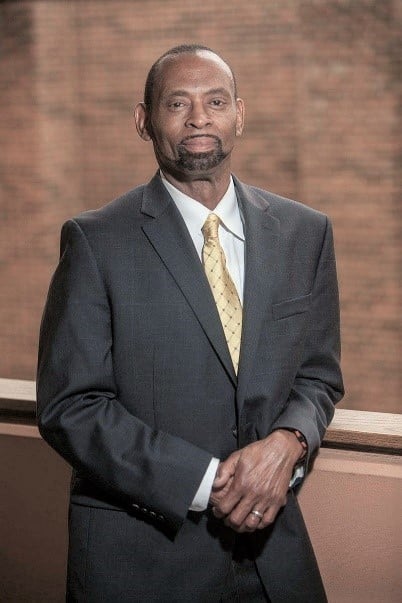 Dr. Morris H. Morgan, III, 72, died unexpectedly on February 25, 2022. Born on February 10, 1950, in Cedartown, GA, he was the eldest child of the late Morris H. and Eddye (Merkerson) Morgan. He attended Cedar Hill High School and was in the second class of African American students to attend Vanderbilt University, graduating in 1969, with a BS degree in Chemical Engineering at 19. He received a MS degree in Chemical Engineering from the University of Dayton and was the second African American to receive his PhD in Chemical Engineering from Rensselaer Polytechnic Institute (RPI) in 1978.  Morris thrived on research and teaching. After a successful research stint at General Electric, he returned to RPI and became the Engineering School’s first tenured African American Professor. In 2003, he delivered RPI’s Garnet D. Baltimore Lecture in recognition of his impact on engineering education.
Morris began his tenure at Hampton University (HU) in 1996, as Professor & Massey Chair of Environmental Engineering. From 1998 to 2003, he served as the second Dean of  the HU School of Engineering and Technology. As dean, he secured funding for a NASA-funded Aero-Propulsion Center, a Virtual Parts Manufacturing Center, and initiated the Computer Engineering degree program.  Upon returning to the faculty in 2004, he continued his research in designing hypersonic vehicle body structures, modeling boron nitride nano-material reactors and designing industrial spouted bed systems, a field in which he garnered world-class prominence. In 2008, he was a Virginia Outstanding Scientist Award Candidate for his research contributions to fluid-particle systems. He published 96 research articles, 6 book chapters, and held 4 patents.
Inspired by his parents, Morris championed efforts to encourage students to pursue advanced degrees, and he produced 12 engineering and mathematics Masters and PhD students. He received numerous awards and recognitions from his students for his friendly, engaging, yet challenging professorial manner. After 21 years of service, he retired from HU and was recognized for his dedication to enhancing the academic excellence of his students and for being an advocate for enhanced research opportunities. He received Vanderbilt’s  Legacy Award in 2015, as a pioneering African American degree recipient, and in April 2022, he will be inducted into the Vanderbilt School of Engineering Academy of Distinguished Alumni for his academic achievements and leadership.
Morris was an avid athlete and runner.  In his youth, he was a sprinter, and his most notable accomplishment was setting the Cedar Hill High School 4X100 meter record in 1965, which stood for over 40 years. While at RPI, he joined a group of runners who competed and won awards in local road races, the NY Empire State Games, the Penn Relays and the Millrose Games. He also competed in the Virginia Senior Games. Twelve years ago, he and his son ventured into the world of triathlons as supporters and competitors for each other.  Morris valued the camaraderie and competition of athletics.
Morris was a member of Williamsburg Presbyterian Church, where he served as a Deacon. He was the recent past Sire Archon of Sigma Pi Phi, Epsilon Delta Boulé. He was also a member of the American Institute of Chemical Engineers and the American Statistical Association.
Morris always said his greatest accomplishment was his family, especially his loving and devoted wife of 52 years, Carolyn, who shared his adventurous spirit  and love for travel; his son Eric A. Morgan (Sarah VanDoren); and daughter Kristin Morgan.  He also leaves to cherish his memories his brother Warren (Ann); sisters Patricia Johnson, Jacquelyn Richards, Felicia Carr, MD (James MD); uncles John, Richard (Rita), Bernard (Letitia), and Gaylon (Angela); and a host of cousins, nieces, nephews and friends. Morris was predeceased by an aunt Mary Williams and an uncle Robert Morgan, MD, PhD.
The family acknowledges with grateful appreciation the many kind expressions of sympathy.
Visitation will be held from 4 to 7pm on Thursday, March 10, 2022 at Bucktrout of Williamsburg, 4124 Ironbound Road, Williamsburg, VA.  Family will receive friends from 6 to 7pm. A celebration of life service will be held at 11am on Friday, March 11, 2022 at Williamsburg Presbyterian Church, 215 Richmond Road, Williamsburg, VA.
Morris believed love, kindness, and education will light the path to freedom for all. In lieu of flowers, the family requests memorial donations be made to the Let Freedom Ring Foundation, 727 Scotland Street, Williamsburg, VA, 23185.