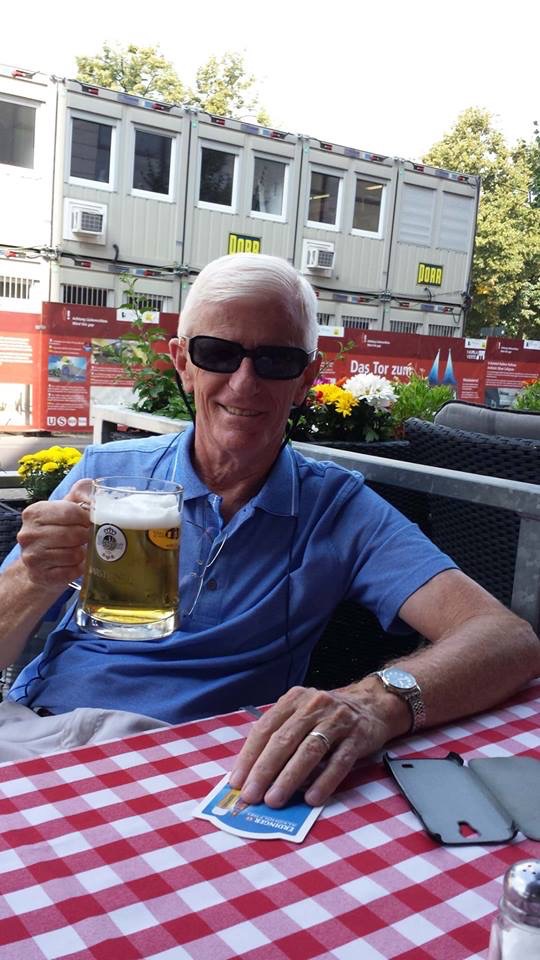 Dr. Berndt “Bernie” Harry Bohm, of Norfolk, VA, passed away peacefully in his home November 10, 2022 with his loving wife, Amanda Bohm by his side. Bernie was born in Uetersen, Germany in 1947. His family immigrated to the United States in 1954 where they became successful chicken farmers. Bernie earned his undergraduate and master’s degrees from the University of Richmond, where he was a proud member of the Phi Gamma Delta fraternity. He went on to earn his doctoral degree in education from the University of Virginia. An active member of the Army and ROTC, Lt. Colonel Bohm provided our country with his service for many years. He had an impactful career in higher education, retiring in recent years from Old Dominion University where he frequently gave the commencement address to graduating students.
Bernie was predeceased by his parents, Harry and Irmgard Bohm, as well as his oldest son, Tyler Bohm.
Bernie’s life will be forever cherished in the lives of his children: Travis Bohm, Ryan (Jamie) Bohm, and Lindsay (Eli) Holland; his daughter-in-law Susan Bohm; his step-children Enrique (Christa) Tomeu, Jeannie (Andy) Chamberlain; his brother Manfred (Mary) Bohm; his nieces and nephews Christie (Tyler) Chase, Julie (Jesse) Klinge, Michael (Kelly) Bohm, and Sarah Bohm; and his adoring grandchildren Madison, Cailin, Connor, Mackenzie, Gemma, Mazzy, Ava, Maise, Owen, Ella and Graham.
Bernie loved basketball, boating, reading, scotch, his family, and most of all his wife. He bought the same house twice and was proud to be president of his homeowner’s association. Never one to cook, Bernie often enjoyed Hostess cakes, ice cream, and frozen pizza. He towed his boat with his BMW convertible but denies hitting that fence. If he had a moment to share one thing with a stranger, he would tell them about his eleven grandchildren. At the time of his death, he was 29 years and 556 months old. He would let us know that isn’t exact though, and that “close only counts in horseshoes and hand grenades”. We will miss you, Opa.
A memorial service will be held to celebrate Bernie’s life at 2:00 p.m. on Saturday, November 19, 2022 at Altmeyer Funeral Home, 1801 Baltic Ave. Virginia Beach, Virginia 23451. Condolences may be left for Bernie’s family below. In lieu of flowers, contributions may be made in Bernie’s name to the National Parkinson’s Foundation by CLICKING HERE.

In the event that there are connectivity issues experienced during the service, a recording will be available at the conclusion of the service.

I am saddened to hear of the passing of Bernie. He was a treasured colleague and friend of my late husband Dr. Grif McRee. They were in the College of Engineering at Old Dominion University in the Dean’s office. Bernie and Grif worked hard and played hard. My memories of Bernie were his constant smile. My sympathy to Bernie’s family and all who loved him.
Susan McRee

My thoughts are with those who loved Opa Bohm with all their hearts. I know you will miss his sweetness and his wonderful, wonderful smile. The youngest ones may miss him the most.
I think of you, Mandi, and hope you are encircled and supported by family and friends who love you, dearly. My condolences to the Bohm family.
—Jann Holland (Lindsay’s mother-in-law)

Every pledge at Phi Gamma Delta for many years knew Bernie as his signature in your pledge book was required. We all benefited from his kindness and wisdom. May his memory be a blessing. Perge’.

I had the pleasure of working with Bernie many years when we were both at Old Dominion University. He was a good colleague and friend. I am deeply saddened by his passing. May he rest in peace.

MANDI, my heart breaks for you. I never had the pleasure of meeting Bernie but he had to be great I know!!!! Praying for you and your family.
Nicole Parlette

Bernie was a kind compassionate soul, a wise calming influence and a great alumni leader for Rho Chi. Greeted by the Father as a good and faithful son. He is probably planning a pig roast for family and friends who have gone before.

Many years ago, Lindsay and I had the pleasure of visiting Germany with our Dads. Bernie and Mannie got to see the small town they were born in, and we had a really fun trip traveling the autobahns from south to north, and seeing so much of their home country. It is a treasured memory of the Bohm brothers, and I’m thinking of all of you in this time of loss, and sending love.

Rest in peace, Bernie! You were a great Brother in Phi Gamma Delta and a great speech teacher too! Perge!

29 years and 566 months. My dad says the same thing. I love you and will miss you Uncle Bernie. Sending lots of love and prayers to you all.

We had the pleasure of meeting Bernie in recent years through Mandi and enjoyed his stories .He will not be forgotten!