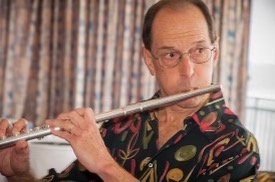 Dr Alan G. Bartel passed away August 9th at his home, surrounded by his family.  Born in Baltimore, MD, he was the youngest son of Ralph and Mollie Bartel.  Alan moved with his family to Miami, FL as a young boy and graduated from Miami Senior High.  He attended the University of Florida and then graduated from the University of Florida Medical School where he worked with Dr. Robert Cade’s team in the testing and development of Gatorade.

Upon graduation, he served in the US Army Public Health Service and headed the Evans County research project for Cardiovascular risk factors. After completing his residency, internship, and cardiology fellowship at Duke University Hospital, Alan came to Tidewater in 1973 where he was a professor at Eastern VA Medical School and the first fully trained and accredited cardiologist in Southeastern VA.  He was one of the co-founders of the original cardiology practice in town, Cardiovascular Associates, and was instrumental in helping bring advanced cardiology care to the region.  He modernized the first cardiac catheterization lab for adults in Tidewater and created the first cardiac stress test lab in the area.  Dr. Bartel started the first cardiovascular rehab program and numerous other cardiac care programs in the state. Over a career spanning nearly 45 years, Dr. Bartel cared for thousands of patients who often traveled great distances seeking his help.  He authored many articles in prestigious medical journals and became President of the Tidewater chapter of the American Heart Association.

In addition to his many professional affiliations and endeavors, Alan also was very generous with his time, serving in the Hampton Roads community.  He was very active in the Jewish community, serving on the board of directors of the United Jewish Federation of Tidewater, Ohef Sholom Temple, and various other agencies.  Alan was also very involved in the Arts community where he served on the board of directors of the Virginia Arts Festival. Upon retirement, he rekindled his passion for the flute, becoming an ardent and determined student. In his own, unique way, Alan found a means of sharing his love of the flute by staging performances for close friends and family.  The performances were usually conducted at his home or a friend’s home, and he would carefully select and invite 20 or 30 friends that he felt would really appreciate his music.  In addition, he was instrumental in the development of an annual “Musicale” fundraiser for the Virginia Arts Festival, where he organized and played multiple pieces of music with his flute and accompanying musicians – both professional and amateur.  The Musicale became an annual event, even as Alan was in the middle of his many battles with Cancer and raised a substantial amount of money. He was a long-standing member of a local Klezmer band and many of his neighbors and friends at the North End of the Oceanfront could often hear Alan playing his flute on his deck, while walking by on the beach.

Alan was a co-founder (along with his wife Dolores, of blessed memory) of the International Network for Persons with Autism and Hearing and Visual Impairment, which was one of the original databases and resources to help those dealing with autism, as well as deafness and/or blindness.  He was appointed by Governor Chuck Robb to the Virginia Board for People with Disabilities and served with distinction. On the local level, Alan and Dolores were active supporters of the Chaverim Group at Jewish Family Service and every summer they generously hosted a much-anticipated social event at their home for clients, family, and staff.  He was also a founding member and longtime supporter of Hearts and Homes, a private nonprofit organization that invests in residential properties and provides subsidized housing for people with developmental disabilities in Virginia Beach.  Alan was exceptional in many ways, but his role in the disability community was unique and admired by all.

More than anything else, Alan was most proud of his family.  He was predeceased by parents Ralph and Mollie Bartel, and his loving wife of more than 60 years, Dolores Bartel.  He is survived by his sons Gary and Craig, his three loving granddaughters: Haley, Carly and Jody, his “honorary” daughter Shannon, his nephews Jeff and Doug Bartel, and a devoted extended family.  The family would like to thank the many doctors, nurses and staff at Virginia Oncology Associates, Jewish Family Service, and the Freda Gordon Hospice who helped care for Alan during his long battle with Lymphoma, as well as Abbey Pachter who gave him much joy in the last months of his life.  We would especially like to express our deep gratitude to Dr. Tom Alberico whose friendship and commitment to Alan extended his life by many years.

Graveside services will be held on Friday, August 12, 2022, at Princess Anne Memorial Gardens in Virginia Beach. The funeral service can also be viewed via livestream on the Altmeyer Funeral Home website. In lieu of flowers, memorial donations may be made to Jewish Family Service at www.jfshamptonroads.org.

**IF YOU HAVE ANY DIFFICULTY VIEWING THE LIVESTREAM, FULL RECORDING OF THE SERVICE WILL BE AVAILABLE LATER TODAY**

I am saddened to hear of the passing of Dr. Barrel. He was a wonderful man, physician, and a great teacher. I had the pleasure of working with him at CVAL many years ago. May his wonderful memory be of comfort to his family. 🥀🥀🥀🥀

I met Alan as a board member of Hearts & Homes. His always calm and wise counsel was invaluable. I quickly came to appreciate his warm, helpful personality.

Years later, he literally saved my life. We encountered each other at Rudee Loop on our bikes and started riding together on the bike path. He moved into my path to avoid an object near the bike path and took out my front tire. I went down and received scrapes on my hands and knees. When I went to stand up, I felt woozy. Next thing I know, I wake up and I’m flat on my back with a circle of people around me. Alan is explaining that I had a full cardiac arrest. I’m thinking, “No way”! He tells me he followed me down and I had no pulse, no respiration. He did 3 minutes of CPR before I came back. It’s been 20 years and I’m still here. Very sad that Alan is no longer with us.

Good Day Dear family of Alan Bartel,
It was my pleasure to work with Dr Bartel at Chesapeake General Hospital several years ago. Dr Bartel was a man of integrity and a gentleman. He was so proud of his boys…as heard through conversations in the office, our staff would have with your Dad. And as the grandchildren came along.. Surely like a good Grandpa … his heart was abundantly full. Each and every one of you are beautiful in his eyes. I’m sure all of you Have a part of your mother and dad’s beauty and talents.
I did not get to see Dr Bartel later in years but I was very aware of the many good things that he tried to do for others and the importance of a healthy lifestyle and taking care of oneself he always seemed to make a priority.
I would say my life was certainly enriched by working with Dr Bartel and his partners seeing how they were devoted to mankind.
Dear family, One day at a time. Please be patient with yourselves and hold to those wonderful values You have seen in your Dad & Mom.
May the Lord God of Israel comfort you completely and place His blessing upon you All.
We send our most sincere condolences.
Sincerely,
Lynn and Ed Hughes,
Chesapeake Virginia ✡️

we had for one another RIP

Dear Alan and Dolores may you find each other once again if souls reunite. I will always be grateful for the joy and love of our friendship. The laughter we shared as teenagers the conversations as young parents and the respect

Sincerest condolences to the Bartel family. He was not only a caring, respected and competent physician, but always a gentleman to everyone around him. He will be greatly missed by many.

I was saddened to hear of Dr. Bartel’s passing. I had the pleasure of working with him at VBGH. He was always so pleasant to work with and genuinely interested in hearing what was going on in staff member’s lives and their families. I loved watching him dance with Mrs. Bartel at past Holiday parties. They made a beautiful couple. Condolences to the family for their loss.

Loretta and I were saddened to hear of Alan’s passing. Alan and I were “best friends” all through Jr. and Sr. High School. We were honored and excited recently when he called and told us he was travelling to visit several of his close friends in South Florida. He stayed overnight at our home and we enjoyed a wonderful time with him reminiscing about all the wonderful memories starting from the “50’s”. He was also kind enough to mail us a book that his father and he wrote called “Family, Faith, and Love Beyond Immigration”. It was a fantastic literary masterpiece of his family’s life. He will be missed by so many. RIP. With much love, Loretta and Steve Morris

Eli, my wife Vicki and our Son Joey were so honored to be included in Alan’s last trip to Florida. It was so special as he stayed at our home. We were able to reminisced about our Miami High School days and being Brothers in Hillel AZA.

We took a trip to our high school Miami High and spent several hours walking around the grounds especially LJ. Having dinner with Alan, Eli, Vicki, Joey and I again reminiscing about our past.

What a Special Person he was as he touched so many people lives. He is a Great Loss.