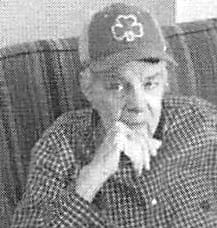 Donald S. Fitzgerald, 85, passed away on Sunday, January 10, 2016. A native of West Virginia, he was a U.S. Navy veteran during the Korean Conflict and later was a supervisor at Norfolk International Terminal. Donald was a member of Christ the King Church in Norfolk, VA and in his spare time he had enjoyed golf and fishing.
Donald was preceded in death by his loving wife, Ruth V. Fitzgerald and his parents, Francis and Vesta Fitzgerald.
Left to cherish his memories are two sons, Donald S. Fitzgerald, Jr. and wife, Sharon and Francis R. Fitzgerald and wife, Maria; a sister, Jacki Thomas and four grandchildren, Zach and Mat Fitzgerald, Kristina McKinney and Colleen Wilson.
Service will be private. Memorial contributions in Donald’s name may be made to Christ the King Church, 3401 Tidewater Drive, Norfolk, Va. 23509.

Donnie and Frankie, So sorry to hear of your dads passing. He was a sweet man.

Don and Frank- I was saddened to hear of your pop’s passing. No doubt he was like a dad to me and I will always remember the coach fondly. Mike Howie-Phone 853-5718

Frank, So sorry to hear of your dad passing. Our sincere sympathy to all your family.

My thoughts and prayers are with family and friends during this most difficult time.