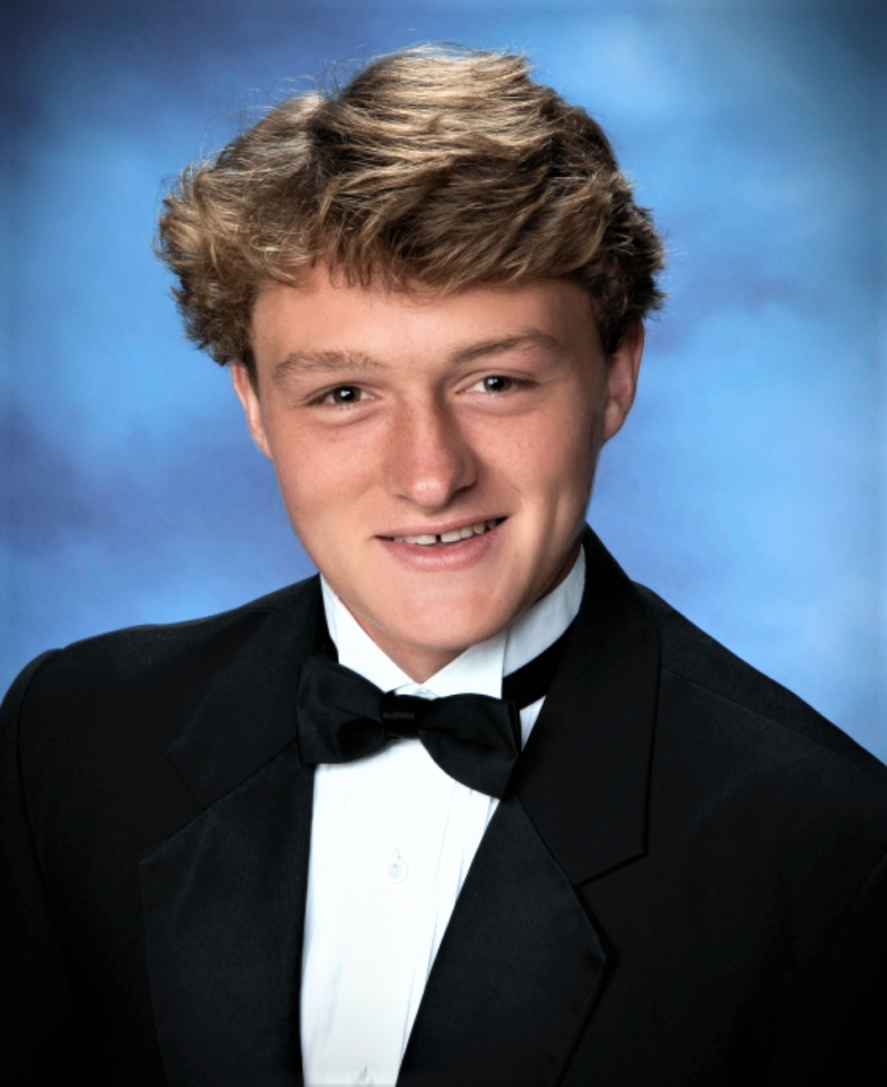 In Memory of Devin Patrick Flaherty

Devin Patrick Flaherty was born on October 15, 1999, in Virginia Beach, Virginia.  Devin passed on to a better place on Wednesday, May 18, 2022, after a valiant nine-month battle with brain cancer.  His family and especially his mom were by his side every single day of Devin’s fight against this devastating disease.

Devin was known for his quiet, humble, even-tempered demeanor, his incredible sense of humor, and his athletic abilities on the baseball field and volleyball court.   His first love was baseball, which he started playing at the age of four.  He went on to play for a team called “The Super 7’s” (compiled of all 7-year-old boys), won championships with the Great Neck Breakers, Great Neck Middle School,  the Aces, and several other travel teams.  He started as a freshman for Cox High School’s JV baseball team, where he was voted MVP.  He went on to play as the starting short stop for Cox High School’s Varsity team.   Devin was always the player with the dustiest uniform,  because he could never resist stealing a base or diving for that incredible catch.

Devin  discovered volleyball as a freshman in high school and fell in love with the sport.  He was a starting setter for Cox High School’s volleyball team and helped take the team to the State Championship game in 2018.   He was recruited to play volleyball for Randolph Macon University as a setter for their inaugural men’s volleyball team.   At the time he was diagnosed with his illness he was  studying Fire Science at Tidewater Community College and had aspirations of becoming a fire-fighter.

In playing sports, Devin developed strong, amazing friendships that lasted his entire life.  Devin loved to surf, golf, fish, spend time on the beach and outdoors.  He loved  pursuing all of his interests with his many friends, his brother and best friend, Conor,  his Dad, and his family.   Devin loved his family and friends deeply, was fiercely loyal, and was always the first to jump to action if someone needed help.   He seemed very shy if you did not know him, but if you were privileged enough to get close to Devin you soon realized what a quick wit and fun personality he possessed.   Devin is gone from this world too soon and will be missed terribly until we are able to see him again!

Dear Chuck & Connie, Your family has been in our thoughts and prayers for months. May the Lord bless and keep you close at this time. The Nopper Family

Connie, I cannot even begin to imagine the pain you and Chuck are pushing through. Hugs my friend, love you, praying for all, The Kazakis Family

Dear Connie and Chuck;
We are so saddened to learn about Devin, our condolences. Reading the obituary we can see that he had a beautiful life, loving family and lots of friends, he was truly blessed. Our thoughts are with you.
Lucy and Mark Swingle

Sending my most heartfelt condolences. Devin was a strong, and amazing young man, who set an example for others to live by. Wishing his family, strength, and peace during this difficult time. You have all been in my prayers.

Chuck and Connie- We are so saddened by the news of the passing of your son Devin. Our hearts ache for your entire family. May you find peace and comfort in the coming months. -The Demers Family

Deepest condolences to the entire family.

The Wommack family would like to to send our deepest condolences and prayers. So sorry for your loss .
It was a pleasure watching Devin on the baseball field. He will be forever in our hearts.

Sending our prayers and deepest condolences to your family and may God cover you all during this time. – The Hester Family

Chuck, we are so sorry to hear about the passing of your son Devin. I always loved hearing you talk about your kids as I could tell what a proud father you were. Devin sounds like such a special young man. Wishing you, Connie, Conor and Grace peace, comfort and lots of love at this time of sorrow.

Connie, your whole WRG family sends you and your family love and condolences. We pray that you find peace and rest in the knowledge and faith that Devin is in a better place and that he received so much love while here.