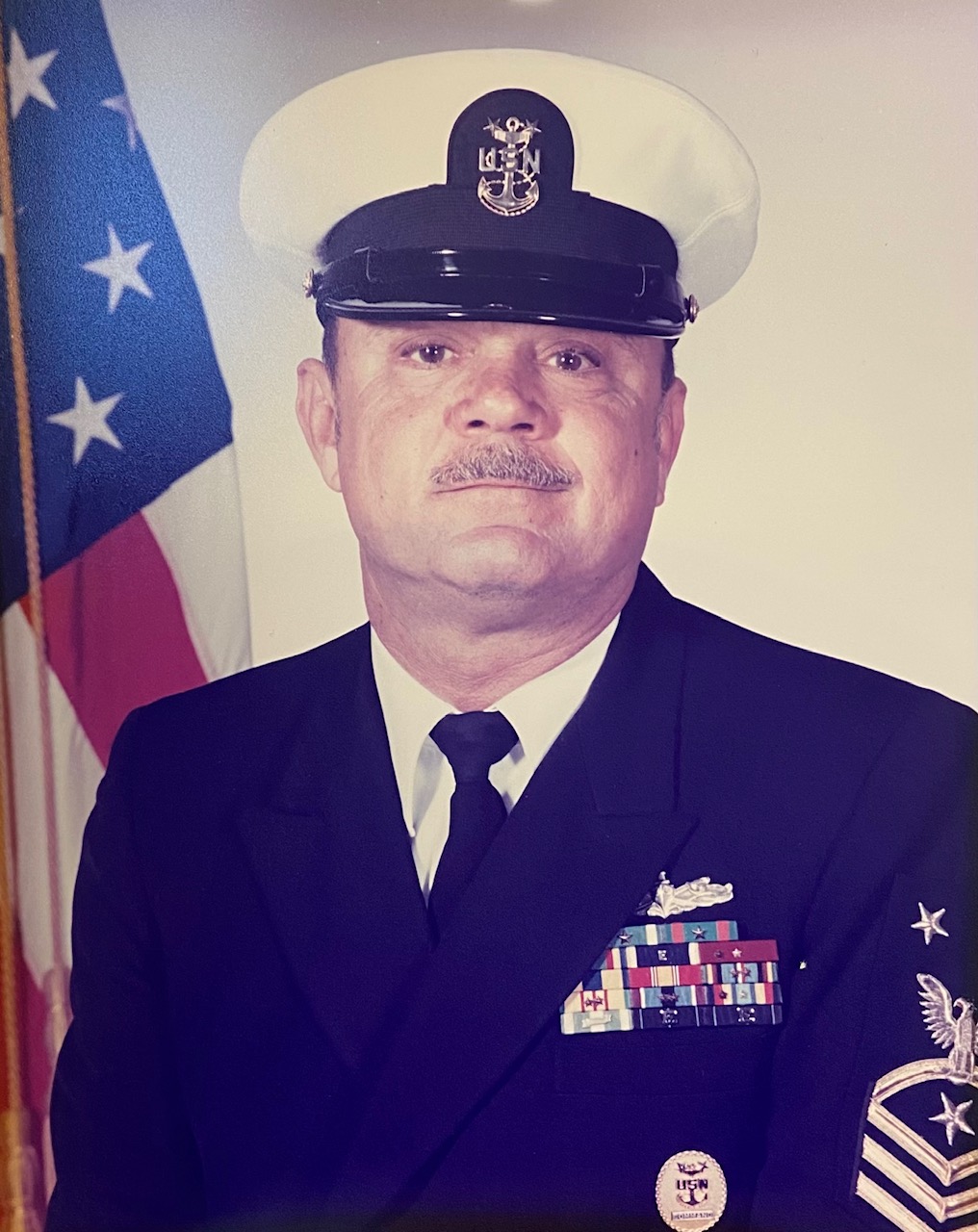 David (Bubba) Steadman III, 80, passed away Tuesday, September 20, 2022 in Virginia Beach, surrounded by his loving family. Born August 26, 1942 in Fayetteville, North Carolina, he was the son of the late David Steadman, Jr and Louise (Steadman) Novotny and was preceded in death by his wife, Janet Steadman and brother, Bill Steadman.
David met the love of his life, Janet, and they were married for 50 years before she passed away in 2015. Together they devoted their lives to raising 4 children and to the very end, family was David’s whole life.
David enlisted in the US Navy in 1960 and achieved the rank of GMCM before retiring in 1991. During his naval career, David proudly served his country by being assigned to numerous ships and shore commands. He ended his 30 year career as Command Master Chief at NAB Little Creek.
Left to cherish David’s memory: his step-father Joe Novotny, sister Sue Novotny, daughters Becky Felts (Danny), Linda Burton, sons Brian Steadman (Anita), David Steadman (Wendy), beloved friend Crystal Rowe, 10 grandchildren, 6 great grandchildren, and other extended family and friends.
David was a long time member and supporter of the Fraternal Order of Eagles #3204 in Virginia Beach where he will receive military honors followed by a celebration of life to be held on Sunday, September 25, 2022 at 12:00 p.m.
Memorial donations may be made to the Fraternal Order of Eagles #3204, (Labeled For Charities), 1061 Newtown Rd., Virginia Beach, VA 23462.