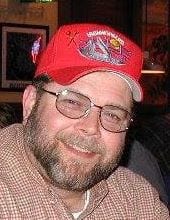 David Gallik, age 66, passed away Tuesday, March 8, 2016.  He was born and raised in Pittsburgh, Pennsylvania (Go Steelers!).
After a childhood spent with a USMC drill instructor as a father and an educational career consisting of school athletics and corporal punishment at the hands of kindly nuns, David joined the Navy and proudly served in Vietnam as a member of the Underwater Demolition Team.   After an honorable discharge, David spent a career in industrial construction, largely in the power generation field.  Most recently, he was employed at the Suffolk Planters Peanut facility.
He met his beautiful bride of 42 years, Jacqueline, on a blind date in 1973 and married her nine months later.  He was quite a character and his hearty laughter was contagious.  He was a big tough teddy bear whose stories got better with each telling.  He was very fond of small children, but not so fond of squirrels.
He was a beloved husband, father and grandfather who is survived by his wife, Jackie, two children, Matt and Chelsey (Chris), granddaughters Penelope and Lucille and his brother, Mark (Milly).  He always said that on his headstone he wanted us to write “I told you I didn’t feel good.”
A Celebration of Life will be held 2 pm Saturday, March 12, 2016, at Altmeyer Funeral Home, Denbigh Chapel.
Online condolences may be shared with the family at altmeyerfuneralandcremation.com

I met Dave at Planters just a few short years ago. We were constantly swapping and sharing “war stories” about our time and experiences in the military. Even though we served in two different branches and years apart, there is an inherent bond and brotherhood among vets of any age or branch and we hit it off instantly.
He always talked about his family and I don’t remember many times that he didn’t have a smile on his face, even if things weren’t going well on a project. He was funny and could always bring a little humor (or a lot) into any situation.
I sure do miss seeing him around Planters and the news of his passing sent shock waves throughout the plant.
He was a great friend, husband, father, grandfather, brother and patriot.
He will be missed greatly.
My deepest condolences to the family.