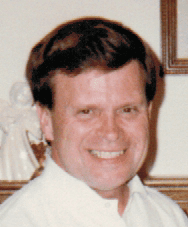 David Blaine Burket, of Virginia Beach, went to be with the Lord on Saturday, May 28, 2016, at the age of 78 years. He was born on May 16, 1938 to William E. and Carolyn (formerly Schildt) Burket in Altoona, Pennsylvania.
David served his country for four years in the United States Air Force. Once he began working after that, he enjoyed it so immensely, he hated to stop-just recently retiring after thirty-three dedicated years for Acosta Sales and Marketing, where he was responsible for retail services, at the age of 77. When he was not working, he enjoyed his family, gardening, and yard work. David was also a member of London Bridge Baptist Church.
David was preceded in death by his parents and brother Richard Burket.
He is survived by his loving wife Ruth Ann “Ruthie,” with whom, on June 24, he would have celebrated 55 years of marriage. Also left to cherish David’s memory are his son Scott David Burket; daughter Stephanie Evangelista and her husband Augustus; granddaughter Kayla Goodman-Evangelista and her fiance Richard K. De Jesus; granddaughter Brelynn B. Evangelista; brother William E. Burket, Jr. and his wife Jean; and sister Susan Cardwell-Givens. Further survived by nieces, nephews, other relatives, and friends.
Visitation for David will be held at Altmeyer Funeral Home (5792 Greenwich Rd. Virginia Beach, VA) on Wednesday, June 1, 2016, from 11:00 AM until time of Funeral Service at 12:00 Noon. Private interment at Albert G. Horton Memorial Veterans Cemetery at a later time.
The Altmeyer Funeral Home-Southside Chapel is assisting the family with arrangements. Online condolences may be expressed at www.altmeyerfh.com.

My condolences to Dave’s family. I recently learned of Dave’s illness and, being from out-of-state, just today became aware of Dave’s passing. Dave and I worked together at Acosta the past six-plus years. He was a good friend to all of his fellow employees, a good teacher and leader. I always looked forward to seeing Dave and his smile at our periodic company meetings, and enjoyed the occasions when our paths crossed elsewhere. Dave and his family will be in my thoughts and prayers.

Pap always inspired me to do great things, he always encouraged me, and when he found out I got accepted into the special education program and was on the path to becoming a special education teacher, he was so excited for me. I will always remember his smile, his warmth, and his admiration. RIP Pap

Aunt Ruthie, Scott, and Stephanie and family: We will be keeping you in our thoughts and prayers. Uncle Dave was a very special person and he will be missed. Love: Nancy, Mike, Sarah, Elizabeth, John, and Willow

Dear Ruthie and Family,
Thoughts and prayers are with all of you now. Regretfully due to health issues we are unable to attend the Funeral Service for Dave, we will surely be there in spirit.
God Bless all of you,
Your Altoona Family, Bill and Jean Burket