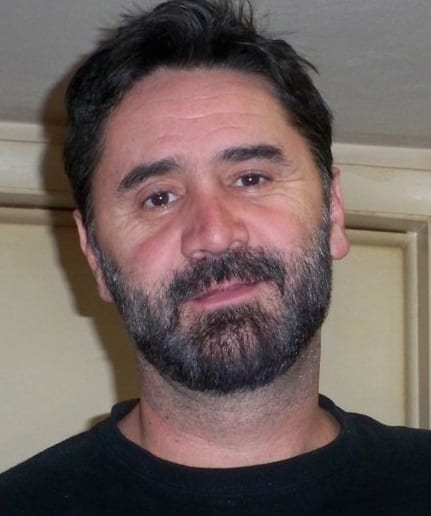 David Abraham Benabou, 52, of Virginia Beach, passed into eternity on Thursday, August 18, 2016. Born in New York City, David was raised in Virginia Beach by his grandmother, Odette Hastey, to be the witty, fun-loving and devoted husband, brother and friend we all came to love.

David enjoyed his career as an innovative chef who lent his talent to some of the best local restaurants.

David was preceded in death by his mother, Bety Hall.

In lieu of flowers, memorial contributions may be made to the David Benabou Memorial Fund https://www.youcaring.com/amy-benabou-628604 on youcaring.com.

The Altmeyer Funeral Home is assisting the family with arrangements. Online condolences may be expressed at www.altmeyerfh.com.

Dear Amy and family,
My deepest sympathy and condolences. David was an exceptionally talented individual and a loving husband. May your loving memories of all his great qualities, help you through this, and all times. May David rest in peace.

Amy I am truly sorry to hear about Dave and your loss. You are in my prayers and thoughts.

Prayers for you and your family! I am so sorry about your loss.

Amy, may your fondest memories heal you during this time. Thoughts and prayers always. Fondly, Ellen Burns

Amy, you are in my thoughts and prayers. Your love story with David inspired everyone who knew the two of you.

Amy, I’m so very sorry for your loss. You and your family are in my thoughts and prayers.

My deepest sympathy to you , he will be always in your heart and never forgotten.

Amy, I am so sorry for your loss. You and your family are in my thoughts and prayers.

So, so sorry to hear about this terrible tragedy and loss. Having known David for many years, I can only recall positive and dear thoughts about him. I always considered him more of an advocate and colleague than someone on staff. He always saw the best in people. Everyone at Dough Boy’s Pizza expresses our deepest condolences.

The Joint-Use Library staff would like to send our message of support in this great time of loss. Amy has always been a valuable member in our system, and her love of David that we’ve gotten to witness over the years has always been encouraging. Our thoughts are with all of David’s family.