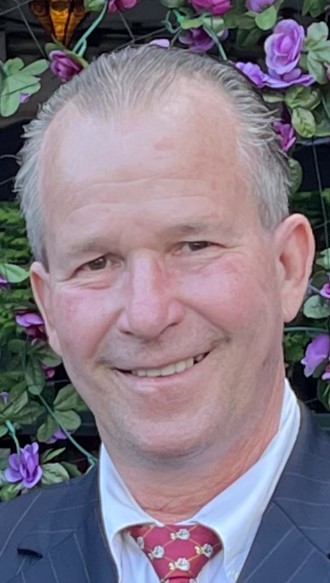 Daniel A. Rydzewski, 60, a resident of Norfolk, Virginia, passed away on Monday morning, January 31, 2022.
Born May 18, 1961, in Mexico City, Mexico, Dan was the son of the late Bernard and Monica (Iskra) Rydzewski.
Raised in Falls Church, VA, Dan was a graduate of George C. Marshall High School, Class of 1979.
Following high school, Dan attended Potomac State College, where he competed as an amateur boxer. Thereafter, Dan transferred to Virginia Tech where he over enjoyed a very active social life and left prior to graduating.  A few years later, Dan subsequently enrolled at Old Dominion University where he fully dedicated himself to the academic life.  In 1990, he graduated Magna Cum Laude with a Bachelor of Science degree in Civil Engineering. Post his undergraduate education, Dan applied to and was accepted into the country’s #1 ranked civil engineering graduate program at the University of California, Berkeley, where in 1993 he was awarded a Master of Science degree in Civil Engineering.  While at Berkeley, Dan had the good fortune to live in a special housing community called International House, where he developed many close and life-long friendships.
Professionally, Dan developed a specialty in transportation, traffic management and related information technology systems.  He was employed by some of the top national civil engineering firms, including Parsons Brinckerhoff Farradyne and URS Corporation. Early in his career, including while serving as a research professional after his graduate degree, he authored many technical papers.  Dan loved southern Virginia and spent most of his career working at the City of Norfolk and the City of Virginia Beach, during which time he achieved his Professional Engineering License.  Dan was passionate about, and was an expert in, enhancing our public highway systems.
Dan lived a full life as an avid outdoorsman and through a host of hobbies. Hunting, fishing, skiing, and bowhunting were just few of his outdoor pursuits that consumed a lot of his leisure time.  He owned a kayak, a boat, and a hot tub.  He drove his convertible across country with his Mom when he returned to Virginia from California, stopping along the way to visit many famous sites. He liked to shop at second-hand stores and estate sales, where he picked up unexpected gifts for his family and friends.
Dan loved to cook, smoke cheese and had his own special kielbasa recipe.  His passion for spicy foods led to his membership in a local chili pepper club where he developed a great fondness for habanero peppers that he grew in his own garden, along with tomatoes and zucchini squash.  “Toe Dan” was happiest in life when he was cooking Thanksgiving dinner for his Berkeley friends at their annual trip to Lake Tahoe.
Dan will be remembered for his beautiful soul, which was as pure as snow is white.  Dan was an extraordinarily giving person who cared more about others than himself.  He was full of love.  Dan had a witty personality, was devoted to his family and friends, and never would turn down anyone in need.  He saw the goodness in everyone.  The kingdom of heaven awaits him.
Dan was preceded in death by his parents Bernard and Monica Rydzewski.
Dan is survived by his three brothers, Vincent J. Rydzewski (Suzy), Virginia Beach, Virginia; Philip Rydzewski (Margaret), Arlington, Virginia; and Leo G. Rydzewski (Heather), McLean, Virginia; his nieces and nephews, Dr. Ashley Hall (Dr. Seth Hall), Jason Rydzewski, Becket Rydzewski, Johnpaul Rydzewski, Peyton Rydzewski, and Nicholas Rydzewski; and his great-niece, Scarlett Hall.  His cat, Matrix, now resides with Dan’s brother Leo in McLean, Virginia.
There will be two separate Viewings and a Celebration of Life Gathering.  The first Viewing will be held on Friday, February 11, 2022, from 6:00 to 8:00 PM, at the Altmeyer Funeral Home, 5033 Rouse Drive, Virginia Beach, VA.  The family invites everyone to a Celebration of Life Gathering on February 12, 2022, from 3:00 to 5:00 PM at St. Luke Catholic Church, 7001 Georgetown Pike, McLean, VA.
The second Viewing will be held on Friday February 18, 2022, from 5:00 to 7:00 PM at Wroblewski Funeral Home, Inc., 1442 Wyoming Avenue, Forty Fort, PA.
Relatives and Friends are respectfully invited to attend the funeral which will be conducted on Saturday, February 19, 2022, at 10:00 AM from the Wroblewski Funeral Home, followed by a Mass of Christian Burial to be celebrated at 10:30 AM in Holy Family Parish, 574 Bennett Street, Luzerne, PA, with the Reverend Jarrod Waugh, C.S.C., Pastor, officiating.
Interment with the Rite of Committal will follow in Mount Olivet Roman Catholic Cemetery, 612 Mount Olivet Road, Wyoming, PA, in the Carverton section of Kingston Township.  Dan will be buried next to his parents.
For additional information or to send the Rydzewski Family an online message of condolence, you may do so below.
All that cannot attend in person are invited to attend the Mass of Christian Burial virtually by logging onto the Facebook page of Wroblewski Funeral Home, Inc., on Saturday, February 19th at 10:30 AM.

I am very sorry to hear Dan’s untimely passing. I had the pleasure of knowing Dan when we both worked at the City of Norfolk. He was a very smart and talented, warm hearted and courteous person with enjoyable personality. My condolences to his family and friends. He will be missed dearly.

Vince (and Suzy),
For sure 2021 and now 2022 have been challenging years for you and your family. We obviously didn’t know your brother, but he sounds as if he was an extraordinary man, from an extraordinary family. God bless you all as you suffer this loss.