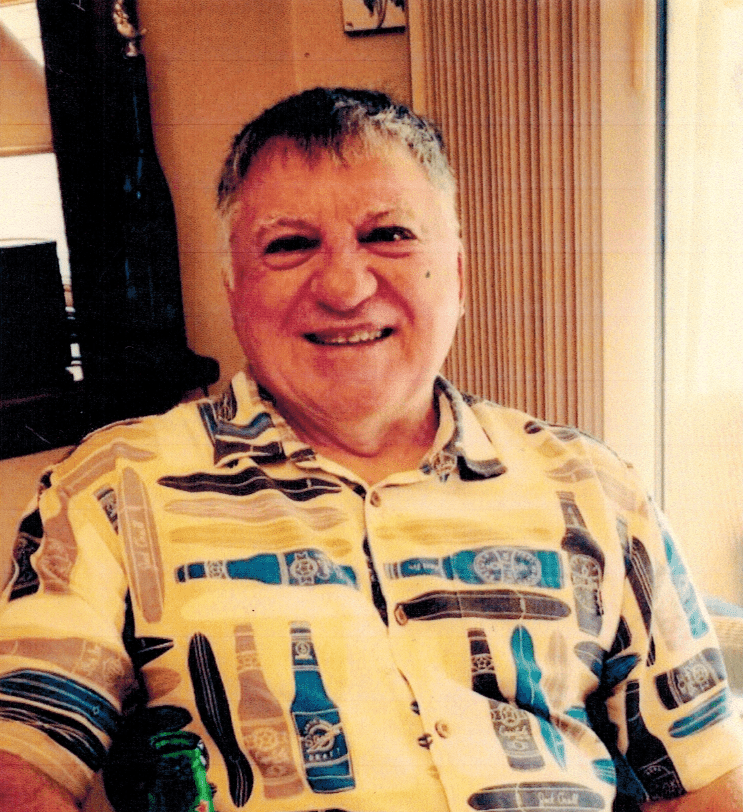 Daniel Anthony Pinto. July 11, 1944 – November 11, 2016
CWO4 (Ret), Daniel “Gunner” Pinto, USN passed away in the presence of his family on Friday, November 11th after a long struggle with cancer. Dan was born on July 11th, 1944 in Scranton, PA to Donato and Claire Pinto. He joined the US Navy in 1962, serving on USS Halsey Powell (DD 686), USS Taylor (DD 468), USS McCaffery (DD 860), and USS William V. Pratt (DLG 13) as a Fire Control Technician, advancing to the rank of Senior Chief Petty Officer, before accepting a commission as a Warrant Officer in 1977. As an officer, he served aboard USS Dale (CG 19) and was a member of the commissioning crew of USS Yorktown (CG 48), retiring in 1986 after 26 years of active service. Following retirement, Dan continued to work in the defense industry as a contractor and retired from SAIC in 2010 after twenty years. He worked as a Red Cross volunteer at the Tricare Pharmacy until his illness.
Dan was a caring and charismatic leader, loving husband and father, and a loyal friend who lived life to it’s fullest and left an impression on everyone he met. He was a proud veteran with service in Vietnam, who loved his country and the Navy nearly as much as his family. He leaves behind his beautiful bride of 53 years, Levonne, who was the love of his life along with their four daughters: Debbie Palley and husband Richard (Farmville, VA), Dienna Soles and husband Jeffery (Richmond, VA), Danette Bailey and husband Sean (Virginia Beach, VA), and Denise Westlund and husband Per (Hanford, CA). Additionally he had eight grandchildren; YN1 Daniel Ezell, USN, Michael Ezell, Brooke Westlund, Richard Bond, Jacob Bailey, Andrea Soles, Thomas Bond, and Jack Bailey; and two great-grandchildren; Danica Westlund and Evan Ezell. “Poppy” will be dearly missed by his family and all who knew him over the years.
Private services to honor Daniel’s life will be held at a later date. The Altmeyer Funeral Home-Southside Chapel is assisting the family with arrangements. Online condolences may be expressed by clicking the “post a condolence” button below.
The family has requested that any memorial gifts in Daniel’s name may be made to the Sentara Hospice House, as they provided compassionate care in Daniel’s final days or Navy-Marine Corps Relief Society, as he was a regular contributor. Please click the highlighted text in this paragraph to make a contribution to the fund.

I served with Chief Pinto aboard the USS William V. Pratt 1974 – 1975. I was a new 20 year-old Fire Control Technician 3rd class and thought I knew everything. During our Med Cruise Chief Pinto firmly demonstrated many times that I did not know it all, and while doing so helped me grow up. I didn’t understand his methods and we butted heads at times, but his influence has helped me through my life. I got off of active duty and left the Pratt in July 1975, and never saw him again. However as I made a career in the Air Force as a fighter pilot, Chief Pinto was always looking over my shoulder. I’m sorry for the delayed comments but I just learned of his passing, and wanted to acknowledge his influence on a green FT that is a better person for knowing him.

We love you like a favorite uncle and mentor

Levonne and the Pinto Family,Our sincere condolences to you on your loss of a wonderful, caring father, grandfather and great grandfather.I had the privilege of serving with Danny twice; the first time when he was a Senior Chief aboard the William V. Pratt when I was the Combat Systems Officer.He was a strong leader who really took care of his men and saw to it that they lived up to their full potential. A mark of his effectiveness was that year the Navy promoted 66 2nd class Fire control men to first class and 6 of these were on the Pratt.I learned a lot about leadership from observing him. Danny was working at AMSEC when I joined the company in 1999.Luckily for me Danny’s office was right across the hall. He led me through the pitfalls of joining a new company and spent more hours at my computer than his, coaching me thru microsoft office and excel spread sheets. That’s who he was, always there to help someone in need.
You are all in Susan’s and my prayers. I know his presence will be sorely missed by you and all those he served with, worked with, and volunteered for. His sense of humor and giving attitude lightened the day for many. Mort and Susan Kenyon

I’m sorry for your loss. Take care of each other during this time

Dan was an admirable man and as good as we get here on earth. I was Dan’s leading fire control technician on board the USS McCaffery DD 860 from 1971 to 1973 when the ship was decommissioned. Dan enlisted in the Navy right after high school and married his “bride” after completing boot camp. He was promoted to Chief Fire Control Technician when he was approximately 26 and advanced rapidly to become a Master Chief Petty Officer, a Chief Warrant Officer and he even received a full commission, but sensibly resigned his commission to capitalize on the higher retirement benefits afforded by his Chief Warrant Officer seniority. He was the most “gung ho” guy I ever met while in the Navy and out of it. He respected his FT team and motivated it solely by his example. He once asked us to do our own semi-annual evaluations. We all gave ourselves such low grades that Dan revised them significantly upward. He had more faith in us and what we did then we did in ourselves. He and Captain Breiner graciously allowed me to be the Mess Deck Master of Arms during the McCaffery’s combat operations (1972-1973) off the coast of Vietnam at risk to their careers because I could not in conscience perform my assigned duties. I am genuinely saddened by his passing and grateful that I had the privilege of knowing him. God bless Chief Pinto., his bride of over fifty years and all his family.

Thank you so much for everything you have taught me over the years. I will treasure the time we spent together this past summer. I love you very much. You will be in my thoughts, Poppy.

Dan, so sorry we missed seeing you this last year. Our loss. Karen & I loved you. You were a wonderful friend. We will always remember the good times with you, your family and friends. You were always so kind and generous. Fare winds and following seas shipmate. Our paths will cross again. Our condolences to your wonderful family. They are a true reflection of you. Gary & Karen

Well Dan,such a great friend to Fred and I for so many years.You were the best someone could have loyal,and always there.Thank You,Susan Allard

My first LPO, a shipmate, a friend, and a man whom I admire greatly. I think the weather in heaven always consists of fair winds and following seas. All ahead flank, heading …… Somewhere. … out there.