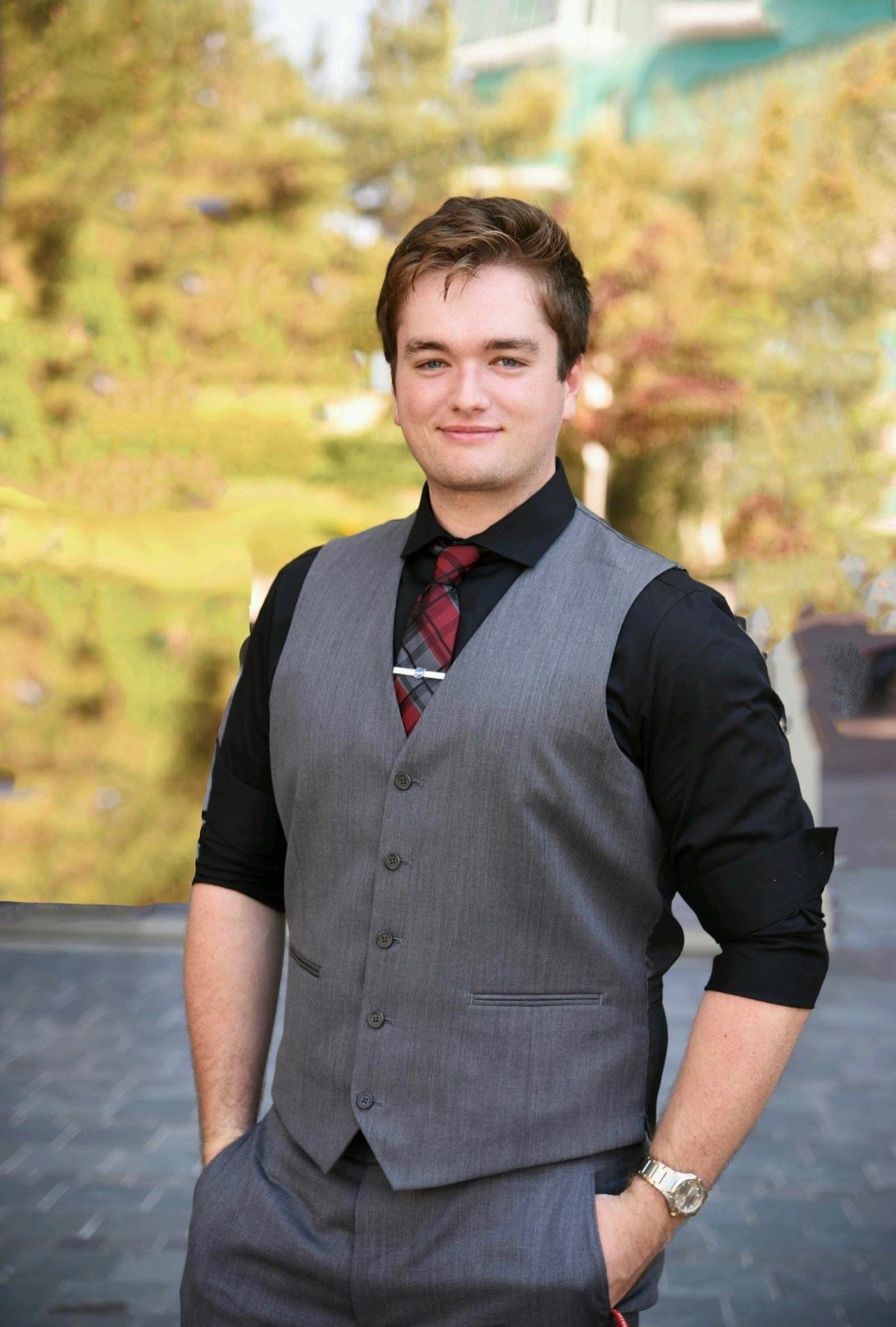 Corey Jacob Sargent passed away Saturday, June 11th, 2022 in Newport
News, VA. He was born August 19th, 1996 in Virginia Beach, VA to Tracy
Sargent and Gerard Carelli, Jr. He was an honor graduate of Kempsville High
School and Old Dominion University, earning a Bachelor’s and Master’s in
Physics. He was poised to be the first in ODU history to receive a PhD in
Astrophysics. Corey was also proud to be an Eagle Scout from Troop 408 in
Virginia Beach, VA.
In addition to his love of science and learning, Corey had many hobbies.
He enjoyed hiking (oftentimes off trail) in state parks, kayaking, biking, scuba
diving, baseball (Go Yankees!), building space themed Lego sets for display and
was set to add hang gliding to that list this summer. As anyone would know…
everything was a competition for Corey: baseball, kayaking, hiking, even school
where he won nearly every award possible from the ODU Physics Department.
Corey was everything a scout should be: trustworthy, loyal, helpful,
friendly, courteous, kind, (somewhat) obedient, cheerful, thrifty, brave, clean,
and reverent… occasionally, he was physicist after all. Most importantly he was
loving, putting his family and friends above all else. He had a passion for life
and lived it to the fullest.
Corey leaves behind his parents; his grandparents Maryann, Jerry, Lori, Vernon,
Susan, and Randy; great-grandmother Mabel; his best friend and ‘brother’ Jon

Hooten; the love of his life Laney Conter; and several aunts, uncles, cousins,
and friends who will miss him dearly.
A visitation will be held from 12pm to 2pm on Sunday, June 26th , 2022 at
Altmeyer Funeral Home, 5033 Rouse Dr. in Virginia Beach. A service will be
held the same day at 2pm, followed by a small reception.

Condolences may be left for the family below.

As a fellow Monarch– returning as Senior Citizen audit after retiring from a 34 year career as a Norfolk Public Schools Art Teacher– I offer my condolences on the loss of your Corey. I learned of the passing of Corey in an ODU-wide email.
I didn’t have the pleasure of knowing your extraordinary young man, but I know his light will remain with you always.
The writer/intellectual– and previously atheist– C.S. Lewis became a believer in a higher power when he fell in love with his wife Joy.
Love’s power is true Physics– Corey has proven that for you, I’m sure.
Holding you all in light.

To Corey’s parents,
We never met, but you have welcomed my baby sister into your home and treated her like one of your own. To be honest, as her big sister who lives almost a state away, I really only had the opportunity to get to know Corey personally this past Christmas. Your kid fit right in. He was smart, witty, and always had a good comeback in our family banter. He treated my sister so well, was so supportive of her dreams and ambitions. I really thought the next time I came home, I’d be hearing the news of me getting my next brother-in-law.

There are so many things I wish I could say to help heal the pain of losing him, but some wounds just don’t ever heal.

I am going to say this though, BOTH of you are great parents. You both did everything right. You created the most kind-hearted, ambitious soul this world has seen. I am so grateful that my little sister was given the opportunity to shared a fraction of her life with him by her side.

I hope during these times of loss and sorrow, that you are able to also find peace, healing, and hope. Take each day one step at a time, and know that while he may not be here physically, his light has been scattered amongst every soul that was blessed to meet him.

We are heartbroken to hear about the loss of your son, Corey. Please accept our heartfelt sympathies, and know that we are praying for you. We also lost a child and know the pain and agony that you are suffering. If you ever need to talk, we are here for you.

We were so saddened to hear about Corey. We send our love and condolences to Gerard & Tracy especially, as well as the rest of the family and friends that loved him so dearly. Laney I have read some of your posts, seen pics of you two together it’s obvious you loved him very much and again sweetheart we are so sorry for your loss as well.

Corey accomplished so much in such a short time than most will ever do in a lifetime. It is rare for someone to make such an impression on so many peoples lives at such a young age but Corey did just that, because he genuinely cared.

Now I didn’t know Corey on a personal level but we met him several times when we came to visit family of his, but every time I did meet him he was very kind and very respectful.
Then listening to his family speak so highly of him and how very proud they were of him and now reading all the comments, post etc., hearing about all his accomplishments; I myself wish I had made more of an effort to know him better.

I ask God to please be with you all through this difficult time and to help you find some comfort in the coming days.

I don’t know who are you are. I saw you in my ODU student emails. Hopefully you can finish that PHD in heaven.

I had the pleasure of having Corey as a TA in an astronomy lab a few semesters ago. He was so kind and made every lab interesting and engaging. You could feel his love for physics and astronomy in his labs. I hope he rests in peace.

The Francisco family sends our love and prayers. Corey was such a kind, respectful young man with such a sweet disposition and sense of humor. Sincerely Gary, Janet and Colton. God Bless.

I’m so sorry for your loss, sending my condolences to family and friends and praying for comfort your way.

I would like to send my sincerest condolences to Corey’s family, he is greatly loved and missed.

I am heartbroken to hear the passing of my classmate( 2019 August – 2021 December) at ODU, Corey Sargent. May his soul rest in peace in Heaven.