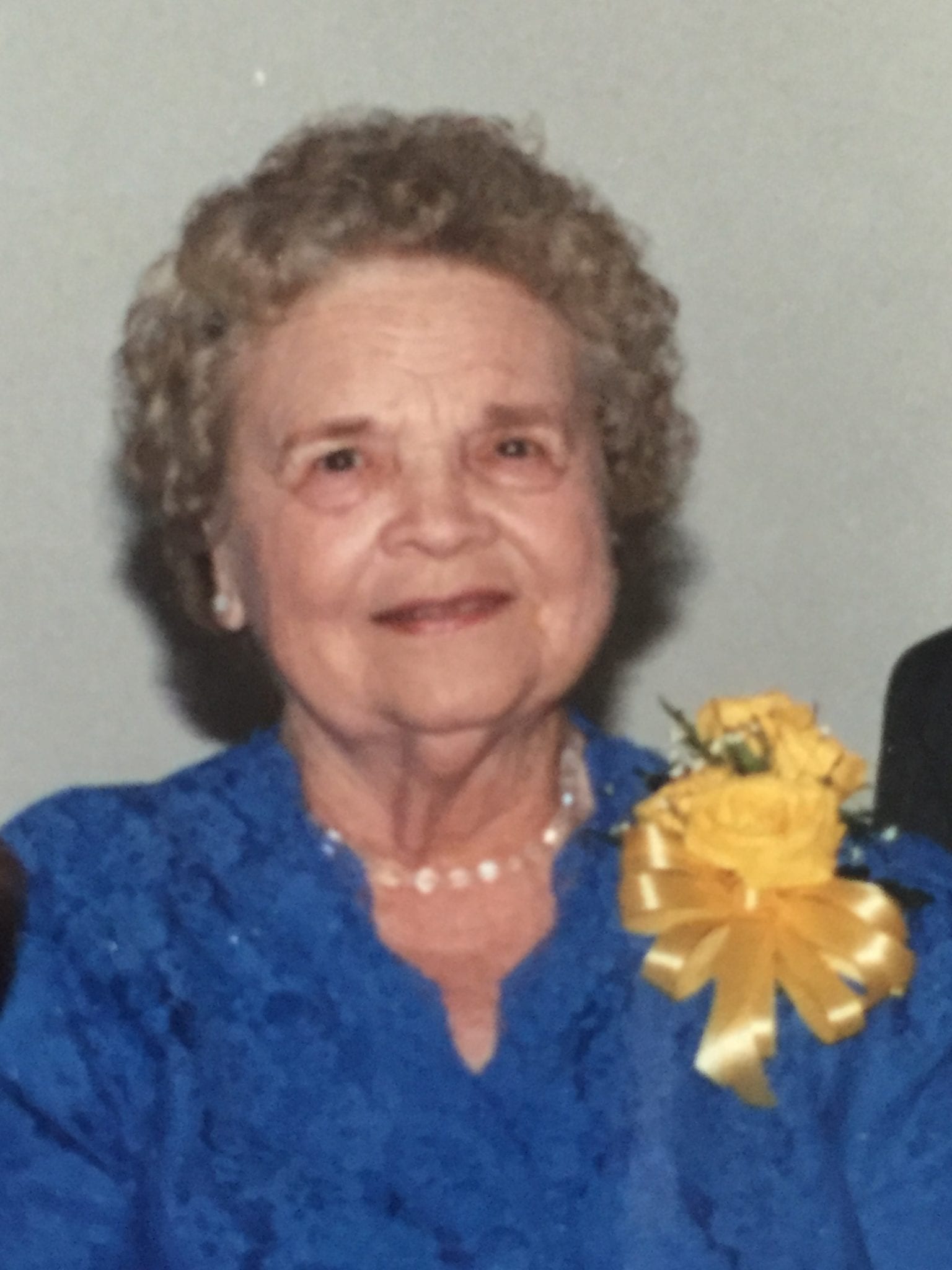 Cora Leigh Scott Edge, 96, died peacefully at her home in Moyock, NC on February 3, 2016.
The eldest of six Scott sisters of Scott Avenue in Greensboro, she was the daughter of Samuel Dalton and Rosa Bernice Robbins Scott. Her beloved husband James Norwood Edge, Sr. preceded her in death.
Mrs. Edge was a graduate of Greensboro (Grimsley) High School and Woman’s College (UNCG). While teaching in Chadbourn, NC in 1941, she met her husband Norwood; they were married the following year. The family moved to Moyock in 1947 and became devoted members of Moyock Baptist Church. Mrs. Edge was retired director of Currituck County Department of Social Services. Her retirement years were spent indulging in her love of her home and yard, her family, and her life-long passion for British history.
She is survived by her children James N. “Jimmy” Edge, Jr. of Moyock, Dalton Scott and Beverly Edge of Moyock, The Rev. John Weathersby “Jack” and Pam Edge of Bolivia, N.C., and The Rev. Anne E. and Roland Dale of Moyock; her grandchildren John Paul Edge, Kimberly E. Dowdle, Kelli Edge, Martha Van Dale, and Laura Dale; her great-grandchildren Jonathan Edge, Brooklynn Beaty, Joshua Beaty, Kinley Dowdle, and Ryder Dowdle; step-grandchildren Wendy D. Rose, Rhonda D. Newman, Jeffery Dale, Susan Murphy, and Alan Humphrey; step-great grandchildren Brandon Rose, Steven Rose, Taylor Newman, and Rylie Newman.
Also surviving are her sisters Dorothy S. Darnell and Joann S. Taylor and brother-in-law John Taylor of Greensboro; and in-laws Robert H. and Peggy Edge of Hope Mills, Mary Helen Edge of Pinehurst, and Joyce Edge of Fayetteville. Mrs. Edge was preceded in death by her sisters Frances S. Bivins, Lorranine S. Folwell, and Emma Lou S. Moore.
The funeral is planned for Sunday, February 7 at 3:00 p.m. at Moyock Baptist Church with the Rev. Vic Ramsey officiating, interment to follow at Moyock Memorial Cemetery, the Rev. Anne Dale officiating.
The family will receive visitors at the home.
In lieu of flowers, memorials are requested to the glory of God and in honor of Mrs. Edge’s faithful church family of Moyock Baptist Church, 123 Oak St., Moyock, NC 27958. www.moyockbaptist.org. Condolences may be expressed to the family at www.altmeyerfh.com.

Anne, Jack and family,
My heart and prayers go to you for your loss, but Heaven’s gain. The Lord allows you to be around people of faith, what you do with the connection is precious. I met you, Anne, through a job connection in Hyde. I met you, Jack, through a faith based connection with my Mom. I believe we come from the best Christian raisings! My prayer is that you will be comforted and blessed by your Mom’s life. Cherish the memories – you had her longer than most of our generation. Love to you and the Christian upbringing that we were blessed to have. Love from Sandra and Dick

I send my sincere sympathy and prayers to the family of Mrs. Edge. She dearly loved each of you . Praise God for her almost 97 years of life where she inspired so many. May her legacy live on through others ! God be with you today and always .

Sending my love and prayers today.

To Mom Edge’s family and friends,
You lost a mother….a grandmother…a friend…a mentor; you didn’t loose your memories…your love…your inherited talents and traditions! She will always be with you, and it will be the little things that will bring her back to you in an instant. May your love as a family sustain you all as you heal in your own way…in your own time. She is now in a perfect place with her beloved Norwood and at peace. I am honored to have known her. God’s blessings…

Dear Jack, Pam and Family,
We pastors of the Brunswick Baptist Association wish to express our sympathy and love for you during this difficult time. You have been blessed with a Godly mother and now may our Lord and Savior Jesus comfort you and bless you. You are in our prayers and thoughts.

St. Peter’s was so sad to hear about the death of your sweet mother. We remember with fondness the times she came to services with you and Roland. Our sympathy to you, Roland and the girls. Love, St. Peter’s Episcopal Church, Sunbury, NC

Mrs. Edge helped us so much when we were just a young couple getting started in Moyock. We will be forever grateful. Her kindness will be missed by many. Our condolences to her many family and friends.

We are sad to hear of your loss. We extend our deepest sympathy & love.
Suzanne & Ed Howland & family

Mrs. Edge was my professional mentor and friend. She hired me for my first full-time job in the Department of Social Services. She was also instrumental in encouraging my daughters decision to attend Women’s College (UNCG). I will remember her kindness and integrity. What a joy it was to work with her. What a life well-lived!

I am truly sorry to hear of your loss. Thoughts and prayers are with you and your family.