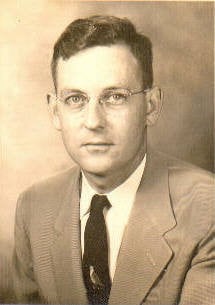 Claude was a former vice president of C. E. Thurston & Sons Inc, of Norfolk and a WWII veteran, having served in the Merchant Marines.

Many thanks to the staff and nurses at Seaside, Atlantic Shores for their care and compassion during his illness. In lieu of flowers donations may be made to the St. Joseph’s Indian School, PO Box 326, Chamberlain, SD 57326.  Express condolences to the family at www.altmeyerfh.com.

I feel privileged to have known both Claude and Betty Jordan. My late husband and I socialized with them on a number of occasions. They were interesting and fun to be with.

I remember Claude as a very caring gentle man. He and Betty were here in Loveland for a short time but all who knew him enjoyed his company. My husband and I enjoyed Navy talks with him about service times. Condolences to his family.

Claude will be missed. He added so much to the YANSY Sunday school class at Oak Grove UMC.

I’m so sorry about the loss of your Dad/father in law. I’m keeping your family in prayer. God bless you with comfort and peace. Love you all.

May God give you the comfort and strength you need, I love you and you are in my prayers

Sending prayers to you Danny. When losing someone, times are sad. Cherish the memories! Prayers to the rest of the family.

May your memories of Claude E. Jordan III, give you peace, comfort and strength…