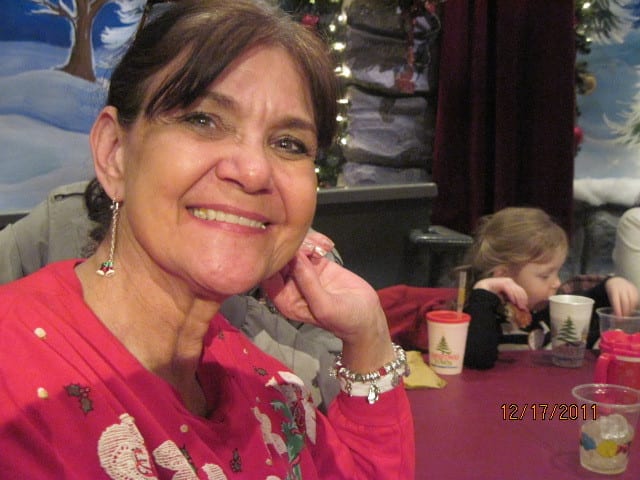 VIRGINIA BEACH- Cindy Voliva Martin, 58, died in her home, June 7, 2015. She was born in Virginia Beach, Virginia to the late Stephen Christo Sr. and Charlotte Lorraine Voliva. She served as Vice President of her family’s business, Voliva Enterprises. She was an active member of Freedom Fellowship Church where she and her husband John served as children’s pastors for over a decade. She was a selfless caregiver and an amazing wife, mother and Nana. She enjoyed traveling with her husband but first and foremost, she loved and cherished every moment spent with her beloved children and grandchildren.
Cindy is survived by her husband of 41 years, John Martin; three children, Heidi (Mark) DiFrancesca, Tiffany (Curtis) Grills, Shelbi (Dewayne) McBride; four siblings, Mike Voliva, Kim (Paul) Hathaway, Scott Voliva and Tracy (Bob) Vandeberg; five grandchildren, Brielle, Stella, Isaiah, Nora and Ariana; her parents- in-law, Marion and Frances Martin, sister-in-law Barbara (Richard) McDowell, Brother-in-law Dale (Bonnie) Martin and numerous extended family members.
In addition to her parents, recently deceased are her brother, Stephen Christo Voliva, Jr., her sister, Valerie Voliva, and her sister-in-law, Athena (Mike) Voliva.
There will be two visitations; 5:00pm to 7:00pm on Saturday, June 13 at Altmeyer Funeral Home, 5792 Greenwich Road, Va. Beach and Sunday, June 14th from 2:00 to 2:45 pm at Freedom Fellowship, 836 Regency Drive, Va Beach.
The Celebration of Life service will be 3:00pm on Sunday, at Freedom Fellowship.
In lieu of flowers donations may be made to the Children’s Ministry at Freedom Fellowship.
Condolences may be shared with the family at www.altmeyerfh.com.

John and family, my heartfelt condolences to you all. I have loved Cindy like a sister for 50 years. We didn’t always keep in touch, but I always felt if I needed her I only had to contact her for support. She was a wonderful childhood friend and became an amazing woman. May God comfort you in this time of sorrow.

John and girls,
We were so saddened to read of Cindy’s passing. We haven’t kept in touch through the years, but have so many great memories of our kids together, as well as a good friendship when we lived on Wolfsnare. Cindy was always so caring and fun. Our hearts are heavy for all of your family. What an awful year for you. May God hold you tight in his hands.