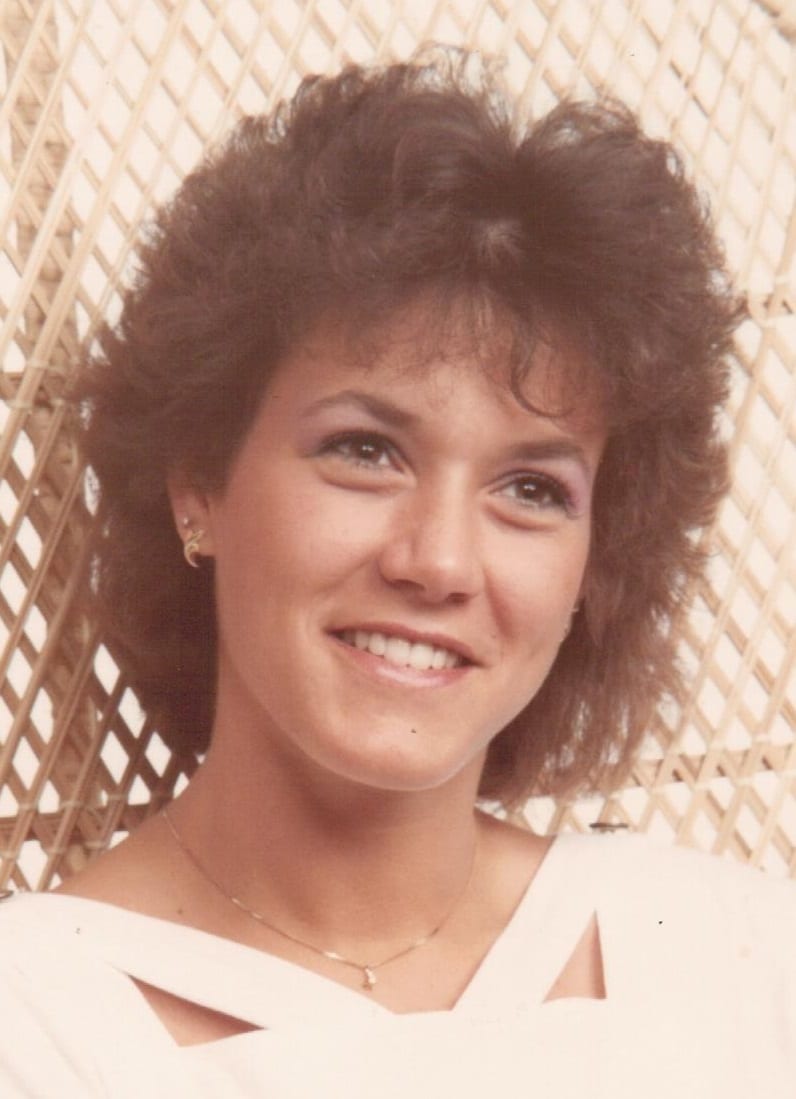 Cindy Sue Jones, of Virginia Beach, passed away following a sixteen year battle with cancer on Friday, October 30, 2015 at the age of 56 years. She was born on December 25, 1958 to the late Donald E. and Olga (formerly Palermo ) Mills in Pensacola, Florida. Cindy went on to help other people with cancer-related needs, working as a medical assistant in an oncologist’s office, being an active part of the Patient Advocacy Foundation for Cancer, and testifying before the US Congress to help others with cancer.
In addition to her father, Cindy was preceded in death by her brother Dennis.
Left to cherish Cindy’s memory are her mother Olga Mills; daughter Melinda Braithwaite; son Christopher Jones and daughter-in-law Suzanne; brother Daniel John and sister-in-law Melanie; and sister Sheila Robino and brother-in-law Mark. Further survived by four grandchildren, other relatives, and friends.
A Celebration of Cindy’s Life will be held on Tuesday, November 3, 2015, at Altmeyer Funeral Home- Southside Chapel (5792 Greenwich Rd. Virginia Beach, VA) at 4:00 PM.
In lieu of flowers, the family requests that contributions in Cindy’s memory be made to the American Cancer Society.
The Altmeyer Funeral Home-Southside Chapel is assisting the family with arrangements. Online condolences may be expressed at www.altmeyerfh.com

I met Cindy at a National Patient Advocates Foundation event. Losing Cindy confirms the reason advocates greet each other with hugs and hug each other tighter before departing. Many hugs to each person who will miss Cindy, may you find comfort in remembering precious moments shared with her.

We are saddened to learn of the passing of Cindy Jones. She exemplified courage and strength in the face of her own challenges while advocating for countless thousands she would never meet face to face but who would forever benefit from her heroism.

Cindy demonstrated her selfless love for others by making time to testify before numerous elected officials on issues important to patients, including the Virginia House and State Senate which in turn influenced the passing of legislation giving patients the power to choose their preferred chemotherapy treatment. In addition, she participated in countless media interviews, willing to share the lessons she learned through her journey in the hopes of reducing the burden on others who would be diagnosed with illness to come.

Selfless and brave she continued to be throughout our journey together. If ever we needed a patient representative at a function or to present a speech at a hearing, Cindy was the first person that came to mind as she consistently, tirelessly responded yes to each and every request we made.

She will be truly missed but her legacy of benevolence will live on as thousands of patients benefit from her sacrifice. Our deepest condolences are sent to her family, her friends and all who were fortunate to call her friend.

My sincerest condolences to everyone that she touched. To the family and friends I send my prayers.

My prayers are with the family and friends. Cindy was a true advocate and had a passion for others and was always there when they needed her. She will be truly missed.

May the comfort, peace & joy of the Holy Spirit surround you and keep up uplifted during this time of sadness. With much love!!

I knew Cindy from National Patient Advocate Foundation. Cindy was a true advocate and made such a difference being the patient’s voice. Cindy will surely be missed by all.

we shall always remember a beautiful life shared. Your life made a difference.

We shall all remember a beautiful life shared. You made a difference in this world.

You will shine on in our hearts ❤

I will miss you!