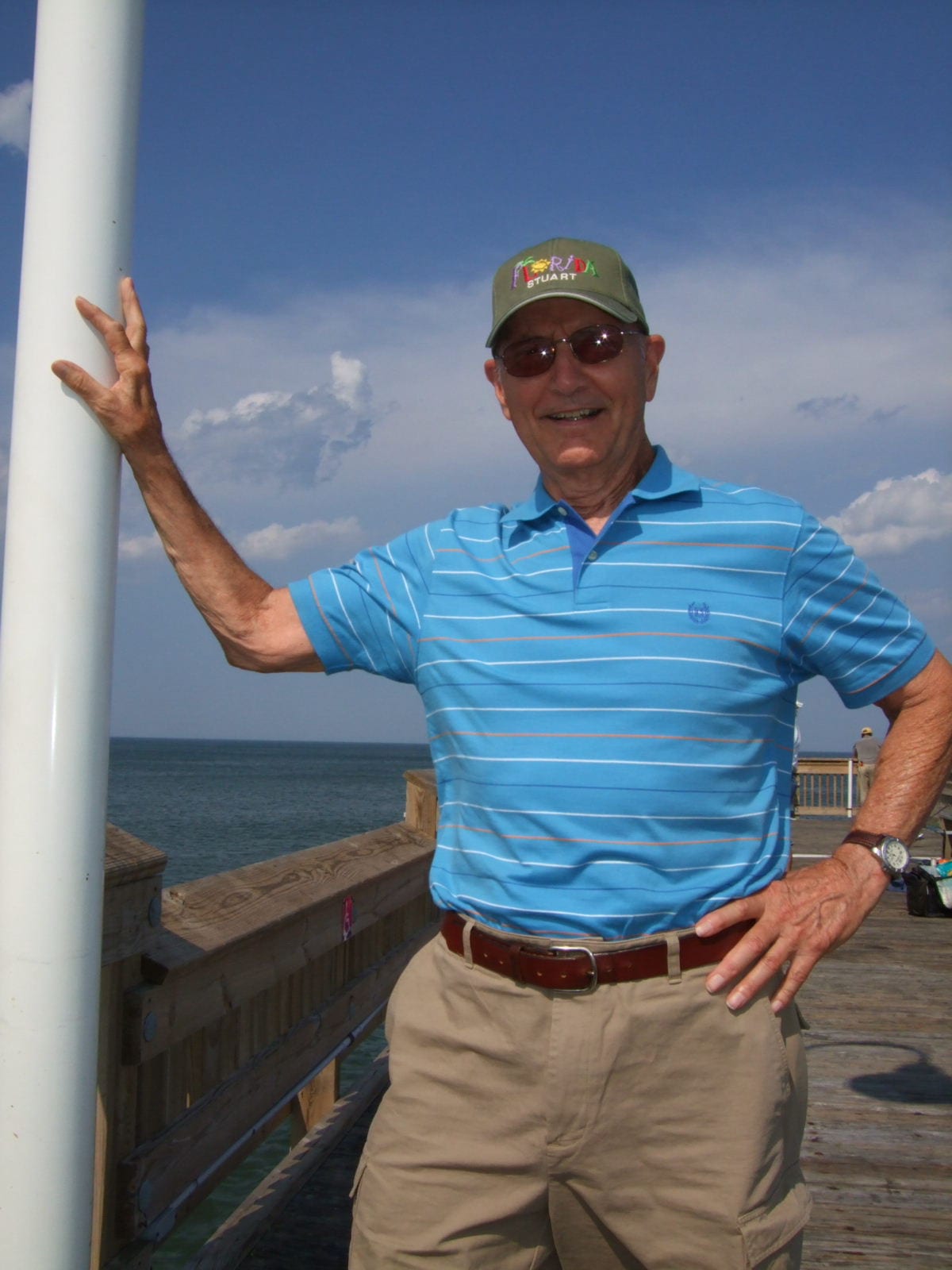 Charles O. Olsen, 87, of Virginia Beach, passed away on November 14, 2015 surrounded by his loving family.
Chuck was born on March 28, 1928 to the late Odin Olsen and Ethel Costick in Brooklyn, NY. Chuck (Olie) faithfully served 20 yrs. in the US Navy with the Amphibious Assault Group stationed at Little Creek, Norfolk. After retirement from the Navy, he was the Manager at Club 57 Little Creek Base and then later employed 10 years as Dock Master for Norfolk Yacht & Country Club.
Charles is survived by his daughters, Carla Carpenter and Kathryn Costanza; two sons, Charles O. Olsen, Jr., and Michael Olsen;
7 grandchildren, 8 great grandchildren, many nieces, nephews and several grandnieces and nephews.
Charles is preceded in death by his wife, Marina R. Olsen and daughter, Sharon R. Jackson.
Chuck was an active golfer, swimmer, fishing and boating enthusiast. He was a long term member of the VA Beach Parks and Recreation Centers.
Family will receive friends on Friday, November 20, 2015 at 11:30 a.m. at St. Gregory the Great Catholic Church, 5345 Virginia Beach Blvd., VA Beach, followed by a funeral service at 12:00 p.m., with Fr. Cristiano Brito officiating. Altmeyer Funeral Home-Maestas Chapel is handling the arrangements for the Olsen family. Share your thoughts and memories of Charles at www.altmeyerfh.com.

I was fortunate to have known Chuck while an engineering student at Old Dominion and running a SCUBA business working on boats and doing salvage diving. Chuck was the Dockmaster at the Norfolk Yacht & Country Club in 1984 when I worked on 75% of the boats at the club; thanks to Chuck. He would call me whenever someone had a fouled prop or needed Zinc replaced. He taught me a lot about navigating by the stars and tying specialty knots. Not many knew of Chuck’s history with the Navy SEALs as he kept that pretty much to himself. I still recall his full size Chevy Blazer and how he told me one day he had been in an accident and his Blazer was damaged. While parked at a red light some guy in a Toyota overshot a turn and ran into the front of Chucks Blazer. The Toyota was totaled and the Blazer had a really nasty scratch on the front bumper 🙂 Praying God throws the gates of heaven wide open for you my friend.

My thoughts are with you Chuck and your family. You will be missed by all.

Peace be with you now, and to your family!

I love you Dad