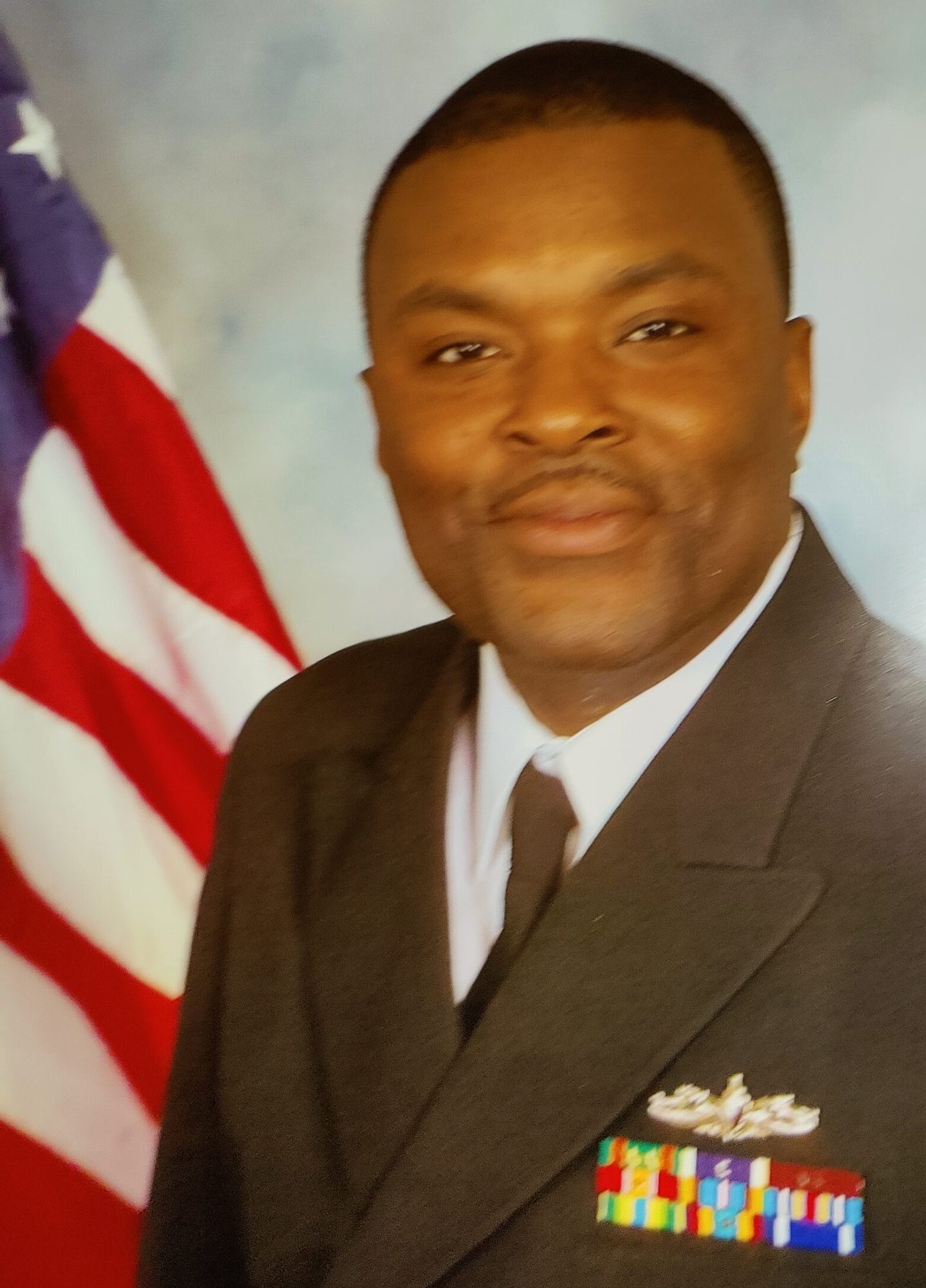 Charles Lyndale Berry was born on May 7, 1973, to Mrs. Shirley Ann Williams and the late Charles Williams in Darlington, SC.
Charles received his formal education in the Chesterfield County school system at McBee High School in McBee, SC. He enlisted to the US Navy in 1992 after high school graduation and after 26 years of service he retired in 2018. He gave his life to Christ at an early age and as his illness progressed, he remained steadfast trusting in God.
Charles loved the Navy and everything it stands for; he created many bonds with his fellow soldiers and enjoyed moving up in ranks learning everything that he could and sharing what he knew as well. He really loved cars (nice ones) and you could also find him somewhere doing the most popular dance moves and catering to his family and friends making sure that everyone was alright. Charles L Berry was united in holy matrimony with Saundra L McBride-Berry on November 16, 2002, in Chesterfield, SC. Their union was blessed with one child, Zion A Berry.
He leaves to cherish his memory his wife Saundra L McBride-Berry and daughter Zion A Berry. His mother Shirley Ann Williams and siblings; Antwan Williams, Perry Williams, Corey Williams, Marcus Williams and Jerry Williams all from Virgina, Anthony Wingate and Sheena Williams both of Hartsville, SC. Sister-in-laws; Ella (Sammy) Graham of Doveville, SC, Sondra (Julien) Ingram of Lancaster, SC, Barbara (Lewis) Outing of Charlotte, NC and Debra Shine of Columbia, SC. Brother-in-laws; Reggie McBride of Baltimore, MD, Eric McBride of Washington, DC, Byron McBride of Manhattan, NY, Donald Shine of Lancaster, SC, and Gary Shine of Charlotte, NC. Aunts and Uncles left to cherish his memory are
Nathan Ponds, Christopher Ponds, Geretha Ponds Robinson, Barbara Jackson, Kimberly Wilson, Laura Tedder, John Ponds Jr, Teresa W. Gattison, O’Cynthia Williams-Watson, Rasheedah Talib-Ford, Henry Williams Jr., Darry L Williams, Ina Robinson Bown and Robert Ponds (deceased).
A memorial service will be held Saturday, March 5, 2022 at 11:00 am at Mt. Hermon Baptist Church (3101 Lens Ave, Norfolk VA, 23509) with Pastor Perry Williams having the sacred honor to be the service officiant. Charles will be taken to his final place of resting alongside other American Heroes at the Albert G. Horton Jr. Memorial Veterans Cemetery in Suffolk, VA at a later date.
A fundraiser has been started to assist the family through this difficult time, please click HERE to visit the fundraiser website.

May your memories of Charles L. Berry, give you peace, comfort and strength…

† Greater love hath no man than this, that a man lay down his life for his friends. John 15:13