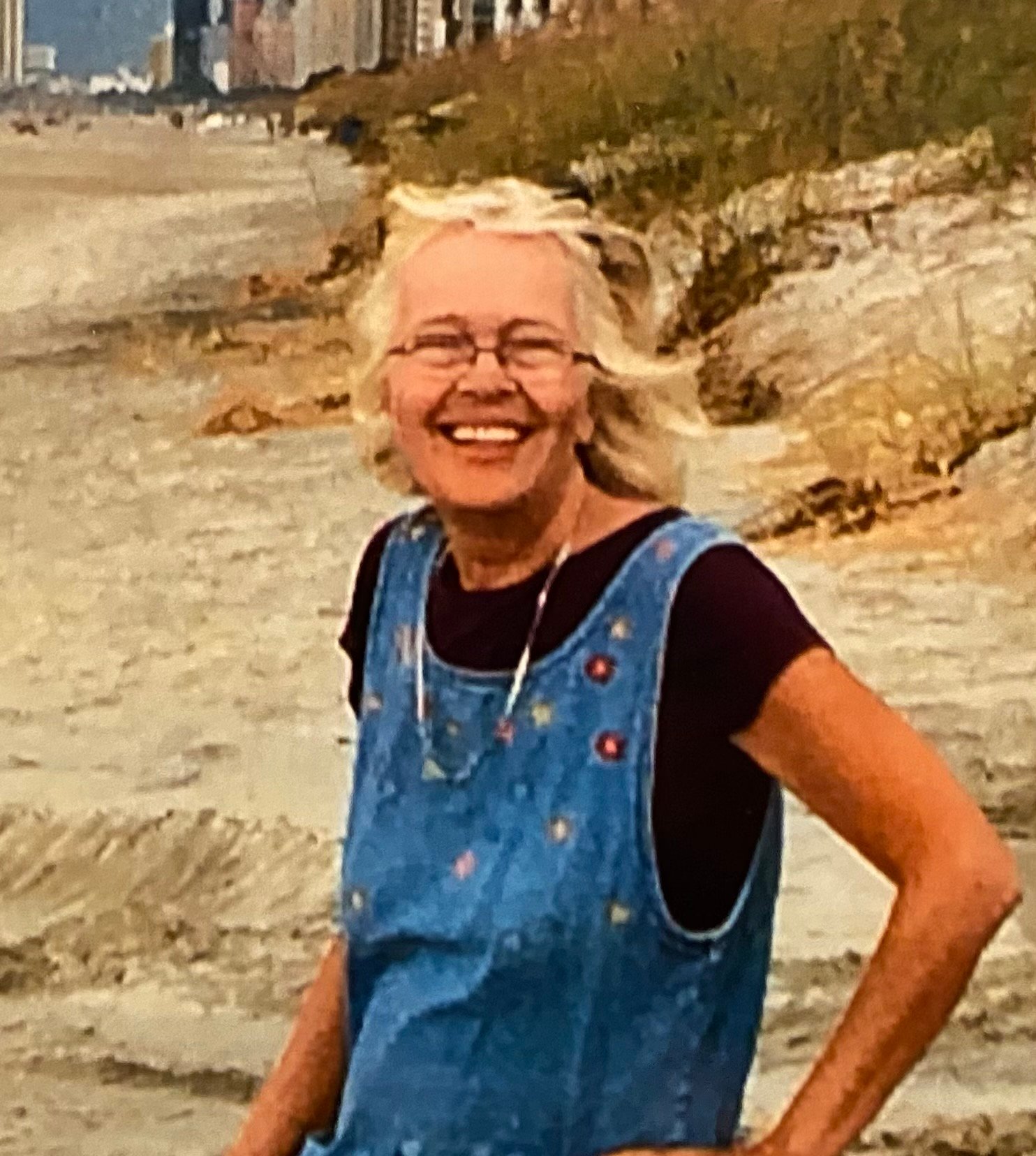 Cathryn Seamens O’Meara, age 67, of Newport News, VA, passed away on July 18, 2022 after her long battle with cancer. Cathy was born in Sewickley, PA on May 18, 1955. She was the daughter of MaryLou Seamens of Gettysburg, PA and Lt. Col. (USAF Ret) Howard R. Seamens Sr. of Grove City, PA. She is also survived by her husband of 45 years, Kenneth O’Meara. She was an active member of Yorkminster Presbyterian Church and a friend of Bill W.

As a spouse of a Department of Defense civilian employee, Cathy and Ken had the opportunity to work and play at some amazing Army bases around the world: Fort Meade, MD, Fort Ritchie, MD, and Supreme Headquarters Allied Europe (SHAPE) in Belgium. At every base, Cathy became an enthusiastic volunteer. She especially liked working with youth in the capacity of soccer coach, President of the American High School Scholarship Committee, team football and wrestling “mom”, Boy Scout den leader, Advancement of Life to Eagle Advisor, and merit badge counselor. As an active member of the International Chapel, Cathy became a founding member and President of the SHAPE Club Beyond ministry support group. Cathy received many accolades, awards, and recognitions for her tireless service. She received the Department of the Army Commander’s Award for Public Service, the Boy Scouts of America Transatlantic Council District Award of Merit, and the US Army 80th Area Support Group Volunteer of the Year Award.

After moving to Newport News, VA, Cathy started her own business by making and marketing homemade jams, jellies, pickles, salsa, and holiday gift baskets. She became a regular vendor at many of the local famer’s markets and street fairs. Cathy was most proud of all the blue, red, and white ribbons she received from the Virginia State Fair. In addition to her husband, she is survived by her three sons: William (Kristina) of Menwith, UK; Gordon (Tara) of Clearwater, FL; and Douglas (Lindsay) of Lincoln, NE. Cathy is also survived by two brothers and a sister. Cathy is preceded in death by a daughter. Cathy was “MOMO” to all her grandchildren: Vincent, Victor, Madeline, William V, Emmalyn, Calvin, and Bennett. A Celebration of Life service is scheduled for August 27th, 2022 at 2:00 pm at Yorkminster Presbyterian Church on 6218 George Washington Memorial Hwy, Yorktown, VA 23692. The family requests that in lieu of flowers, donations may be made to Personal Touch Hospice. Arrangements are in the care of Altmeyer Funeral Home-Denbigh Chapel.

Soon we’ll all be traveling to Newport News to celebrate Cathy’s life.

In my beginning with Cathy, she was a teenager. The girlfriend of my cousin ‘Skip’ (Ken) O’Meara. I remember evenings at Skip’s Mom’s (my Aunt Marty O’Meara’s) home in Annapolis, when Skip and Cathy, both still in High School, were dating, dropping in and out, going here and there— happy, and always together.

Over the years, I’ve known Cathy as Skip’s life-long companion. We’ve been together many times, for family birthdays, weddings, and wakes. In more recent years our meetings always meant I’d be going home with an arm-load of the best jams, relishes, bread and butter pickles, salsa, and spiced garden delights, all preserved with care and delivered with Cathy’s broad smile and love.

This poem by Joyce Sutphen could have been written about Cathy—our very own Master of Preserves!

Canning by Joyce Sutphen
It’s what she does and what her mother did.
It’s what I’d do if I were anything
like her mother’s mother—or if the times
demanded that I work in my garden,
planting rows of beans and carrots, weeding
the pickles and potatoes, picking worms
off the cabbages.

Today she’s canning tomatoes,
which means there are baskets
of red Jubilees waiting on the porch
and she’s been in the cellar looking for jars.
There’s a box of lids and a heap of gold
rings on the counter. She gets the spices
out; she revs the engine of the old stove.

Now I declare her Master of Preserves!

There is no going back in life. All we can do is show up for what is next, and next, and next. Cathy did that in spades when she literally got up off her death bed to attend the funeral of her sister-in-law Sharon O’Meara on June 11th, outside Washington, DC. At that funeral, Cathy and I had opportunity to share some intimate conversation, and a hug so honest and true, no words could have come close to its full meaning.

I feel blessed to have known Cathy, shared some life with her, and love her.

Here I extend my most sincere condolences to Skip, Billy, Gordy, and Douglas, their wives and families, and to Cathy’s Mom, brothers and sister.

May you find joy in her memory.

Your family was a very special family and made a significant impression on my son, Nick Spessard. He’s often mentioned how special you all were. He tried a few times to connect with Cathy. Thank you and may God comfort you during this sad time.

I want to send my deepest condolences to Skip and the boys on their loss of Cathy.