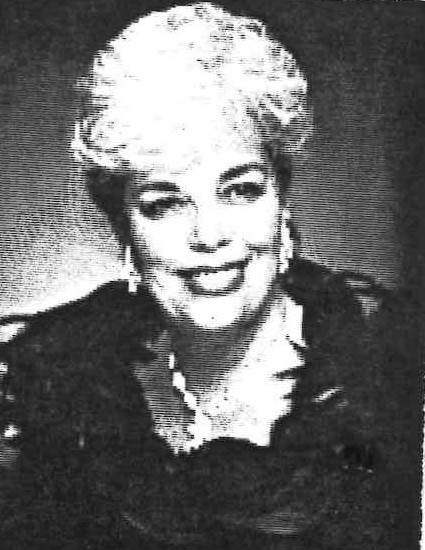 To include Military Honors.

Carol Ann (Denton) Daughtridge passed away on October 15, 2022. She was born June 14, 1944, on Flag Day in Columbia South Carolina to the late Robert and Dorothy Denton. Spending her first 20+ years in Lansing, Michigan, she always considered that to be her home.

Carol graduated from Everett High School in Lansing in 1962, where she was a member of the National Honor Society. She also had the starring role in the Senior play, “The Curious Savage.” She earned her BA in Communication Arts at Michigan State University in 1966, and upon graduation joined the US Navy. While stationed at NAS Memphis, Tennessee as a Public Affairs Officer, she was introduced to Country music, Gospel, and the Original Rock ‘n’ Roll from the 50’s and 60’s.

Carol was Christened as a Methodist, was an avid Girl Scout, loved to tap dance, clog, and was a true dog lover always. Carol retired after 25 years as a Veterans Representative with the Virginia Employment Commission in Virginia Beach. She always believed in “Veterans Preference.” She was a member of the American Legion Post 110 and a lifetime member of Virginia Beach Chapter 20. Carol spent her life trying to be true to herself, and doing it her way.

Left to cherish her memory is her nephew, Justin Travis Peck, her sister Janet (Denton) Swiss, various cousins, as well as many friends and former co-workers.

The visitation will be held at the Altmeyer Funeral Home in Virginia Beach at 9 AM on November 13, 2022. Graveside services will be held on Monday, November 14, 2022 at 10 AM at the Albert G. Horton, Jr. Veteran’s Cemetery in Suffolk, Virginia. In lieu of flowers, donations may be made to the Virginia Beach SPCA. May Carol rest in peace with her family of dogs, Spotty, Misty, Beau, Blackie, and Brownie.

May your memories of Carol Ann Denton Daughtridge, give you peace, comfort and strength…