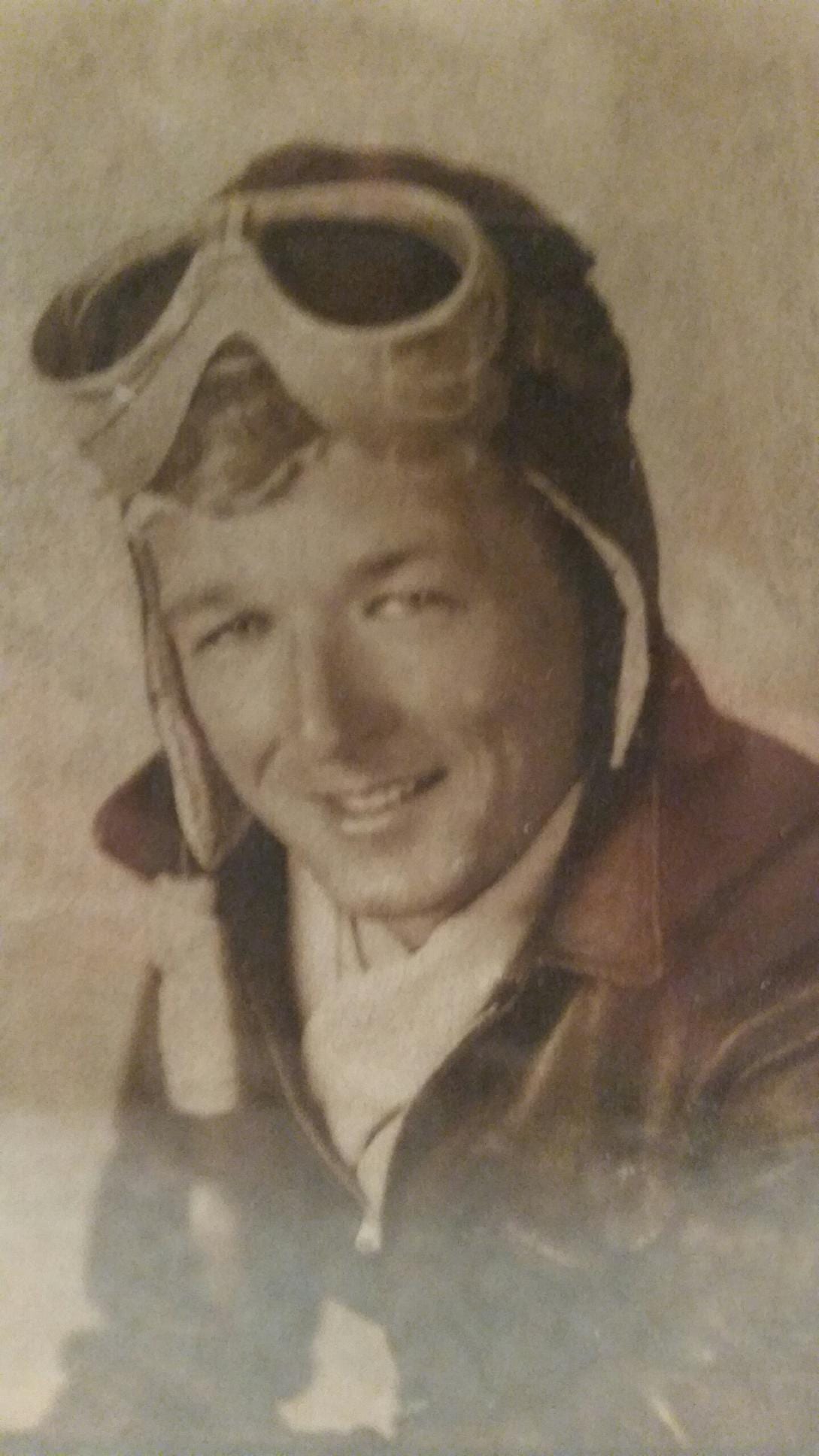 Carl Edward Adkins, Jr., of Norfolk, one of the Greatest Generation, entered Eternal Life on Sunday June 26, 2016 at the age of 95 years. He was born on October 12, 1920 in Baltimore, MD to the late Carl Edward Adkins and Maude Elizabeth (formerly Moody) Adkins. Carl graduated from Marion High School, part of the class of 1937. He went on to answer the call to serve his country as a flight instructor in the US Army Air Corps from 1942 to 1946, ultimately attaining the rank of First Lieutenant. After his service, he later went on to be a plant manager at American Tobacco Company. Carl was able to enjoy 33 years of retirement.
Carl was a charter member of St. John’s United Methodist Church and a member of their United Methodist Men.
In addition to his parents, Carl was preceded in death by his sister Lillian Jernigan of Petersburg, VA.
Left to cherish Carl’s memory are his beloved wife of 66 years Louise (formerly Andrews) Adkins; daughter Barbara Fuller and her husband Tony of Virginia Beach; son Carl E. Adkins, III and his wife Ramona of Erial, NJ; grandson J. Grey Fuller of Wilton Manor, Florida; granddaughters Grace, Lily, and Katharine Adkins, all of Erial, NJ; sister Margaret Tatum; brother William Adkins; brother Thomas Adkins; further survived by nieces, nephews, other relatives and friends.
Visitation for Carl will be held on Tuesday, June 28, 2016 at St. John’s United Methodist Church (2709 Greendale Ave. Norfolk, VA 23518) from 3:00 PM until time of Celebration of Life at 4:00 PM. Visitation will continue on Wednesday, June 29, 2016 at J.T. Morriss and Sons Funeral Home (103 S. Adams St. Petersburg, VA) from 11:00 AM until 12:00 PM. Graveside services will be held on Wednesday at Blandford Cemetery (319 S. Crater Road Petersburg, VA) at 12:30 PM.
In lieu of flowers, memorials appreciated to St. John’s United Methodist Church.
The Altmeyer Funeral Home-Southside Chapel is assisting the family with arrangements. Online condolences may be expressed at www.altmeyerfh.com.

Warbirds on the Beach

At the Aviation Museum…

As surrogate grandparents to Christi Garner, we were so happy to have Carl and Loiuse as honored guests at Christi’s wedding.

To the family of Carl Edward Adkins, Jr., please accept our deepest condolences for your loss. our thoughts and prayers for all members of the family. With Sympathy,

I am saddened to hear of Mr. Adkins passing, I will remember him fondly. He and Mrs. Adkins were such great neighbors and friends to my family, and I have great memories of both of them from my childhood days. My thoughts and prayers are with all of you in your time of loss.

Our Lord’s Grace and Peace be multiplied to the Adkins family and friends.
Even after our parents have lived a long fruitful life,, when they pass, it is a time of grieving.
There is also comfort knowing we will see them again. One day together, we will all Worship Our Lord in His Glory.
I grew up one block away in Norfolk and knew the whole family. It’s been 45 years so they may not remember me. It is true our parents were of the Greatest generation. Their character, morals and Integrity were taught to their children and also influenced many others.. I was a member of Azalea Baptist right down the street. Back in the 1960s The congregation of St John’s and Azalea Baptist’s congregation were intertwined with each other. In our old neighborhood most people knew each another and reached out to help where ever there was a need. It is a Blessing to have been raised by one of the Greatest generation. Especially the Godly Parents who raised their children from North Camellia Acres in Norfolk, VA
Prayers and Condolences,
Sincerely,
John Williams

May our Heavenly Father embrace the family with Love to give them strength while celebrating the loss of their loved one. My condolences to Carl and his family.

Louise, my deepest sympathy to you and your family. I think about you and Carl in our Granby High School dance class and the time we met on the cruise ship from Norfolk and I sat with you both in the dance lounge while my husband, Jimmy, was in the casino with my two girlfriends. We have some good memories.

Carl and Family, So sorry to hear of the passing of your dear father. You and your family are in my thoughts and prayers. Andy