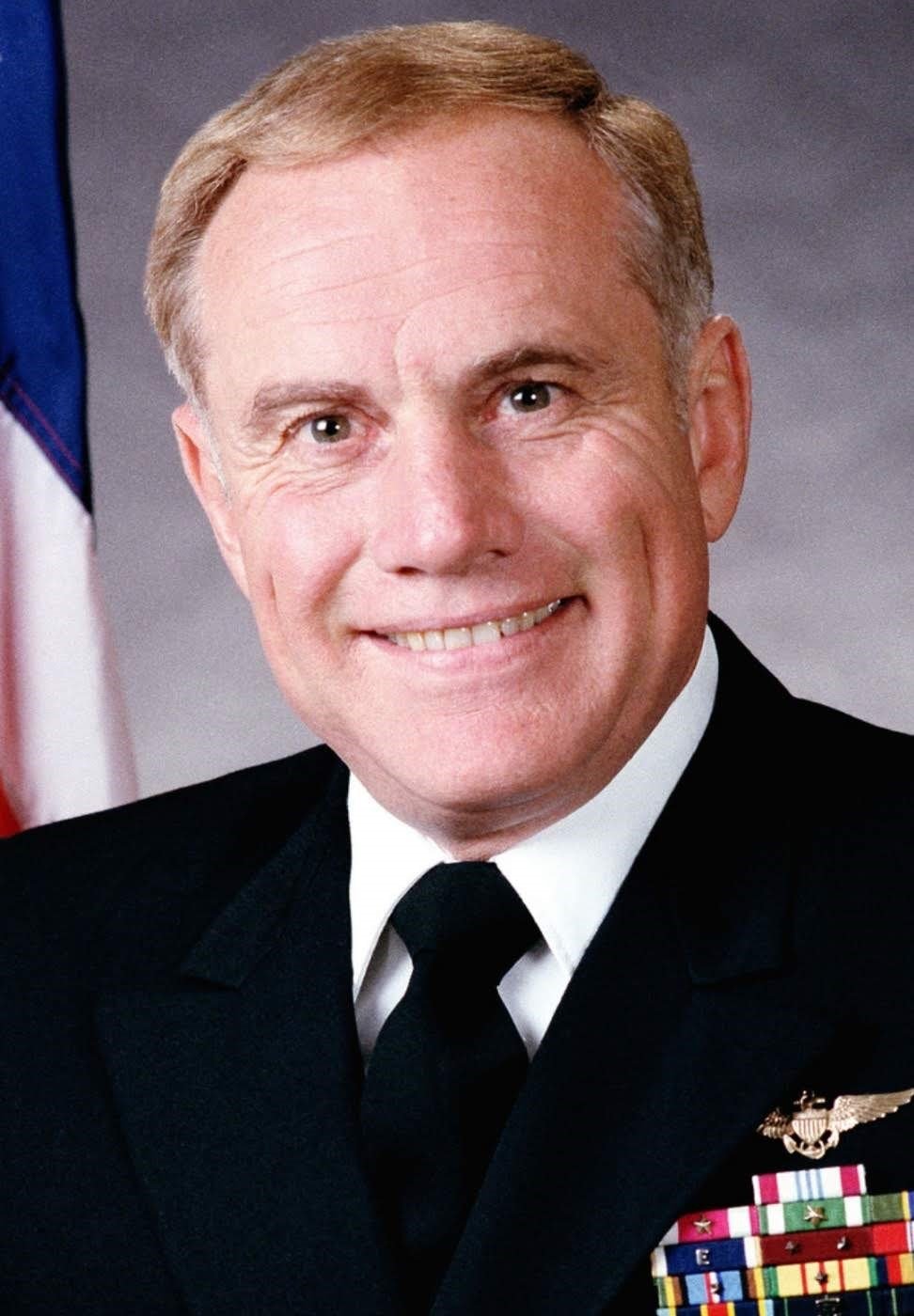 Captain (USN Ret.) Richard Lee Keefer (Dick), of Virginia Beach, Virginia passed away March 15, 2022. His death followed a long battle with Alzheimer’s Disease.
Dick was born November 25, 1939, in Carlisle, Pennsylvania to Harry and Dora (Wilt) Keefer. He was predeceased by his parents and brother, Harry Keefer, Jr.
He is survived by his wife, Luan Keefer; children, Cherrie DeRentis (Rocky), Mari Mann (Rod) and April Orcutt; brother, Robert Keefer (Bobbie); grandchildren, Ricky Williams (Kelly), Eliza DeRentis and Ryan Debolt; great grandchildren, Kensie and Emmy; nieces, Debby Rabchenuk (Mike) and Tawna Woolstenhulme; nephews, Larry, Craig, and Brian Keefer and Bob Keefer (Angie).
Dick attended West Shore High School and was a standout athlete who aspired to a career in the US Navy as an aviator. In 1963, Dick, was selected to attend college under the Naval Enlisted Scientific Education Program (NESEP). He completed both BS and MS requirements in the Electrical Engineering discipline graduating from North Carolina State University in June 1967. Attended Officer Candidate School at Newport, Rhode Island receiving his commission as an Ensign in October, 1967. He then received orders to flight training in Pensacola, Florida, earning his wings in December 1969. Dick had a notable career as a naval officer flying from aircraft carriers on oceans and seas all over the world, serving with several squadrons most notably VAW-123 Screwtops flying the Hawkeye E2-C. The proudest achievement of his naval career came with the key leadership role of Commanding Officer of the Naval Aviation Service Unit at Philadelphia, Pennsylvania. He was a well-respected and beloved leader, shipmate, classmate, and crew member; renowned for his sense of humor and quick smile.
Dick’s professional pursuits were balanced with hobbies and life with his family and friends. He was an avid tennis player.
Dick’s family extends heartfelt thanks to Erin Brewer and Affinity Hospice for their loving and compassionate care of Dick and the family.
There will be a private interment at Rolling Green Cemetery at Camp Hill, Pennsylvania. In lieu of flowers, donations can be made to Wounded Warriors Project, 855-448-3997.
“Lord, guard and guide the men who fly through the great spaces in the sky. Be with them always in the air, in darkening storms or sunlight fair; Oh hear us when we lift our prayer, for those in peril in the air!” The Navy Hymn