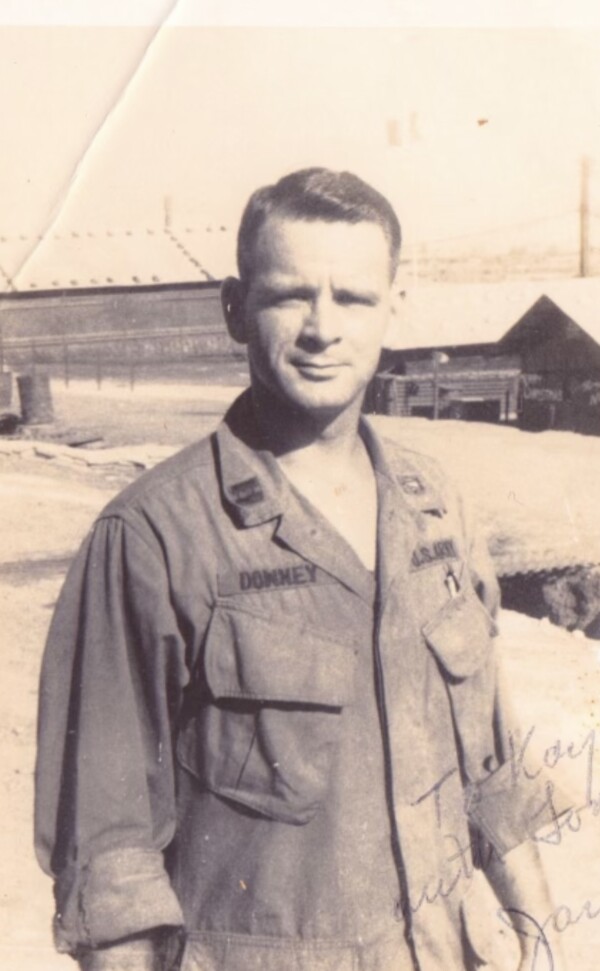 Captain James Peter Downey (retired, U.S. Army) was called home to his Lord on Thursday, November 10, 2022 in Newport News, Virginia. A graduate of West Point, Captain Downey lived his life embodying the motto of the U.S. Military Academy: Duty, Honor, Country. He proudly served his nation for over 20 years including two combat tours in Vietnam receiving the Bronze Star. In retirement, he freely gave to family and friends alike supporting local and national charities never asking for anything in return. In 1970, he married Janet Bell while stationed in Fort Knox, Ky having one son, David. They divorced in 1981.He was born in Pittsburgh, Pennsylvania to James and Louise Downey on August 29, 1938.  He went to St. Basil’s High School where he was selected senior class president and was a standout baseball player. After graduation, he earned a tryout with Brooklyn Dodgers before enlisting in the service. He played baseball in the army and on the Academy’s freshman team.

James Downey is preceded in death by: Mother: Louise E. (Knapp) Downey, Father: James J. Downey and Siblings: Jeanette M. Yeanuzzi, Kathleen L. Downey, Michael E. Downey, Joanne R Cord, and Sheila A Hanna. He is survived by son David Downey, his ex-wife Janet Downey-Cooper, Paul V and Constance Downey, Paul Cord (brother-in-law), Rose Marie Bailey, many cousins and nieces and nephews.
A celebration of his life will be held in Pittsburgh for family and friends in the near future. Details will be announced later.

Captain Downey will be buried at Arlington National Cemetery with full military honors joining his fellow heroes who gave their all so that we may be free.

May your memories of Captain James Peter Downey, give you peace, comfort and strength…