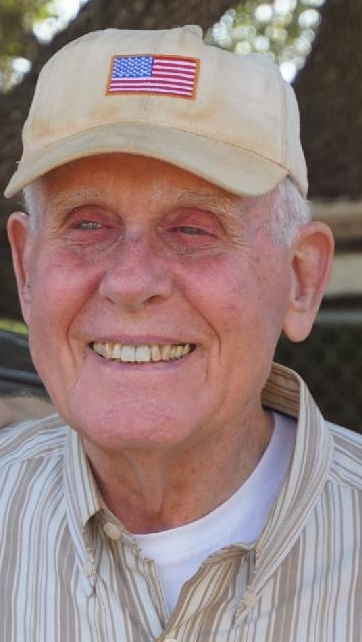 Retired Lt. Colonel Blair Eldred Smith went to be with his Heavenly Father on February 07, 2022, after a long illness. Born June 3, 1932, in Bangor, Maine to Eldred and Rosa Smith. Blair was a devoted Army pilot for 21 years during which time he served in the Korean and Vietnam Wars. After retiring from military service, he worked in Transportation Maintenance at Ft. Eustis Army Base and worked tirelessly for the veterans. Blair was a member and past president of the Military Officers Association.
Blair worked with his late wife, Libby Bloxom at Bloxom Realty. He later worked as a property manager for William E. wood Realty. He also proudly served as a member of the Board of Directors of 1st Advantage Federal Credit Union. After retirement, Blair enjoyed ballroom dancing and traveling.
He is survived by his wife of 14 years, Elizabeth, one brother, Leigh (Jean), two daughters; Terry Goodman (Gary) of Aurora, CO, and Lanny McNeese of Corpus Christi, TX. Three grandchildren; Hannah McNeese, Stephen, and Jordan Greer, four stepchildren; Ralph Bollinger (Rene), Cindy Davis (Scott), Brian Bollinger, and Adam Bollinger (Joann).
Blair was preceded in death by his parents, a beloved grandson, Cole McNeese, and son-in-law Darrell McNeese.
There will be a Celebration of Life on Saturday, March 12, 2022, at 11 am at Altmeyer Funeral Home- Denbigh Chapel, 12893 Jefferson Ave, Newport News, VA 23608.
Immediately following the service at Altmeyer, the interment will be at Peninsula Memorial Park Mausoleum, Warwick Blvd, Newport News, VA. Reception to follow after the interment at Altmeyer Funeral Home – Denbigh Chapel.
In lieu of flowers, the family requests donations are made to the Alzheimer’s Association,358 McLaws Circle, Williamsburg, VA 23185.

We have known Blair for years. His friendship, his work ethic, and his caring for people has served as a wonderful example for us. He will be missed.

May your memories of Blair Eldred Smith, give you peace, comfort and strength…