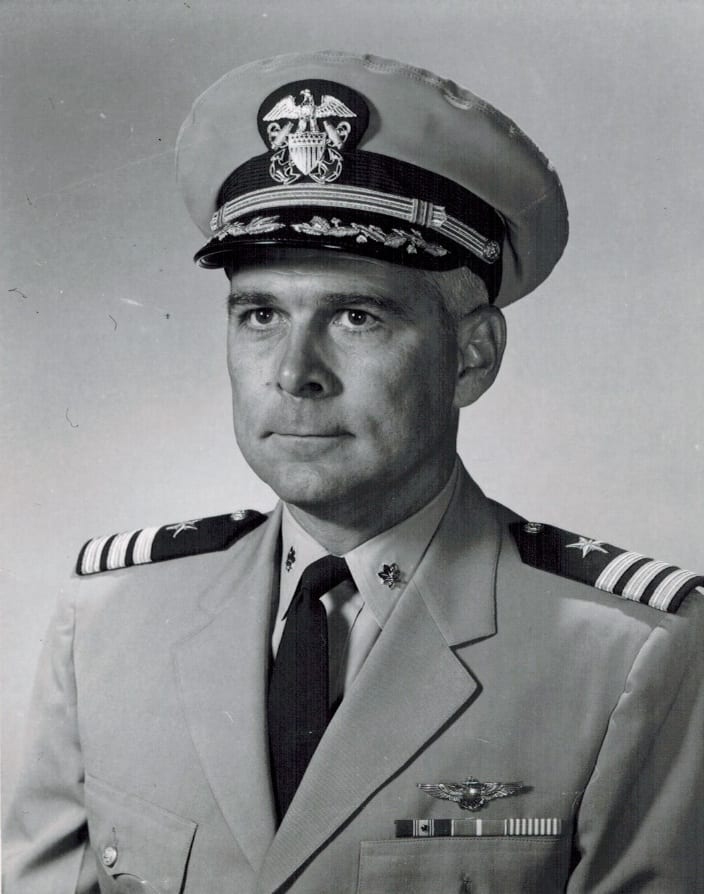 CDR Billy Ray Warren (Retired), 86, passed away Wednesday, October 26, 2016 in Virginia Beach, VA. Born in Desloge, Missouri, Billy was the son of the late Mamie Linda Grindstaff and Rolla I. Warren. After college, Billy joined the United States Navy where he served 23 years as a Pilot. His service was completed during the Forrestal, Intrepid and Vietnam era. He lived in Cocoa Beach, FL for 30 years before returning to Virginia Beach. In his spare time, Billy enjoyed the beach, golfing, boating, gardening and spending time with family & friends.
In addition to his parents, Billy was predeceased by his wife Mary Glynn Warren and his son Billy Ray Warren, Jr.
Left to cherish his memory are his daughter, Linda Cheryl Whalen and her husband Bruce M. Whalen, Sr.; grandchildren, Bruce M. Whalen, Jr. and his wife Heather, and Crystal Whalen Kramer and her husband Brett; and his great grandsons Bennett, Chase and Dylan Whalen. Condolences may be left for Billy’s family below.

Grandpa, you will be missed and remembered by all of us. We will always be thankful for your generosity to our family and your loyal service to our country. May you Rest In Peace and watch over us til we meet again. We love you.