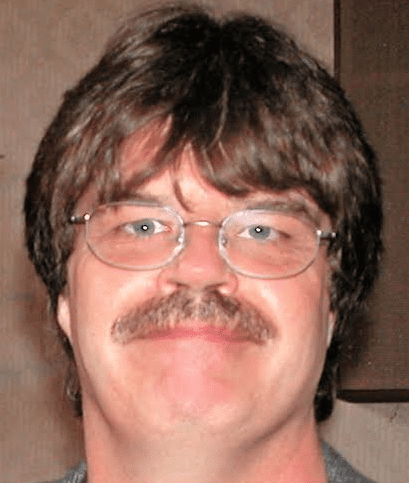 Bill was 57 years old and passed away peacefully in his sleep in the early morning hours of January 24th. Bill will be greatly missed by his wife and son, Joyce Lindberg Arns and Benjamin Arns. Bill is survived by his brothers Alexander (Linda), Donald (Beverly) and Bob (JoAnne). Bill was predeceased by his parents A. Gordon and Dorothy Arns, his sister Jacqueline and nephew Alexander III.
Bill was uncle to Jackie, Andrea, Heather, Don Jr., Darren and Zachary as well as great nieces and nephews.
A former resident of Sonoma County, California; Bill, with his wife and son, moved their home to Virginia in 2005. Bill was passionate about motor racing in all forms. If it had four wheels and an engine, he loved it. His passion of motorsports was fueled by long and happy hours spent at various tracks timing his brother’s races. Later in life, you could find him at any race from Drag Racing to Formula One.
Bill was also a big fan of the Oakland Raiders, rock and roll concerts, explosive fireworks, Mexican food with margaritas and adored by animals but most of all, he loved exploring new places and going on adventures with Joyce and Ben.  Bill enjoyed spending time with close friends and while of strong opinions, Bill loved to “agree to disagree” when debating with friends. His sense of humor and quick wit will be missed by those that had the good fortune to call him “friend”.
Memorial services will be held Saturday, February 4, 2017 at Altmeyer Funeral Home, 1801 Baltic Ave., Virginia Beach, Virginia. Viewing is from 3-5 pm. Services to follow after the viewing.
In lieu of flowers, and in honor and memory of Bill; Joyce and Ben ask that you go on an adventure, adopt a shelter pet, see a play, listen to live music, or simply spend time with the ones you love most.

You will be missed Bill

So sorry for your loss. You are in my thoughts.

My sincere condolences to the family.