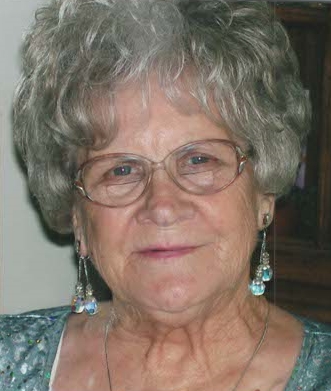 Betty Lou Fulford, a resident of Hampton, VA for 60 years, passed away on May 22, 2022 at 90 years old after a long battle with Alzheimer’s and Dementia.

Betty was born on March 16, 1932 to Jim & Bertha Sims in Marion, VA. She knew early on in her life that her mission was to be a mother and a wife.

In 1942, Betty met Ralph Herbert Greenwood Sr and they were married in 1950. She was 18 years old. She went on to have five children, Myra Lou Ketterman, Diana Lynn Whalen, Ralph Herbert Greenwood Jr, Roni Jo Fahey and Sandra June Porrett. Ralph unexpectedly passed at the age of 36 in 1964. Betty then met Herman David Fulford and they immediately fell in love. He loved her five children as his own and in 1971 they welcomed a son, Herman David Fulford Jr. They raised their family for many wonderful years until he passed in 1996.

A viewing will be held Friday, June 3rd 2022 at Altmeyer Funeral Home, 12893 Jefferson Ave. Newport News, VA 23608 from 6pm-8pm. A graveside service will be Saturday, June 4th 2022 at 1pm at Hampton Memorial Gardens on Butler Farm Road in Hampton.

We are sorry to hear of the passing of Betty. We had many years of fun with her and Herman after she joined our family. We will surely miss her greatly! We have all the family in our thoughts and prayers.
Mickey and Linda Finch

It was an honor to know grandma..she was so funny and loving..