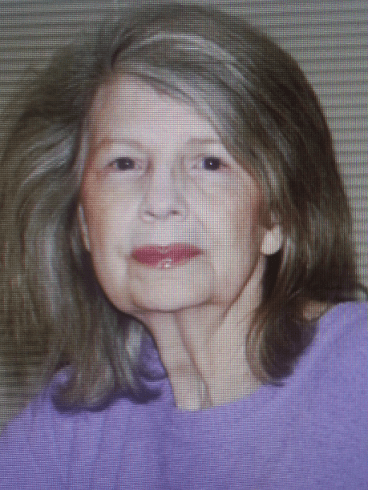 Betty Jean Wilkerson Ragland; 75 passed away December 22, 2015. She was born in Charlottesville, VA to the late Vernon and Berdie Wilkerson.
Betty is predeceased by her loving husband of 53 years, Mason L. Ragland, Jr. She is survived by her daughter, Deborah R. Herbert and husband Todd and three grandchildren, Ashley N. Herbert, James L. Harrison and fiancee’ Susanna Dixon, Kristin H. Brawley and husband Justin; great-grandson, Gabriel R. Huntley-Harrison. She is survived by her brothers and sisters, Vernon Wilkerson, Floyd Wilkerson, Ruby Cronk and Marie Wilkerson. She is predeceased by her three brothers, Robert L. Wilkerson and Rudolph M. Wilkerson and Norman Wilkerson. A special thanks to Dolores Catuska whom my mother thought of as a daughter.
The family will receive friends at Altmeyer Funeral Home, 5792 Greenwich Road, VA Beach, from 6-8pm, December 29. The funeral will be held on Wednesday, December 30 at 12pm at the funeral home and interment will follow at Princess Anne Memorial Park, Great Neck Road. The Rev. Frank Webster will officiate services. Condolences may be offered to the family at www.altmeyerfh.com

My beautiful sister..life’s journey has come to an end too soon for you. The White Dove has come and taken you to a place where you will remain in the house of the Lord forever.We will miss the long late chats,your smiling face and happy times we all shared together. Rest in Peace and when we look up at the stars at night,I will say “There is my lovely sister Betty looking down on all of us tonight.” Amen and Good Bye until we meet.

God made us SISTERS, LOVE MADE US FRIENDS. Betty was my sister I LOVED HER DEARLY she was always there for me from the time I was very young. She was fun to be with and always good for a laugh. She faced many medical problems and surgeries in her life ,she had a strong will to live and with God’s help she made it. With the last illness renal failure , God decided she had fought long enough, so He took her home. Will always love and remember you, Marie

She will be missed by all.

My heart is broken. Mom you were always there for me throughout my life. I could always count on you to brighten my days and help me with any obstacle I faced. You & Daddy were my “ROCK”, my strength!! You are free of pain and I hope you and daddy are dancing with the angels~ I love you both & we have two amazing angels watching over our family. Until we meet again. Love your daughter.

Deb, you were blessed to have wonderful parents. Know that they are together again, with our Lord in heaven. Live life until you get to be with them again. God bless you and the family.

I only met her once, but I am grateful for the opportunity. What a lovely person. I pray she is at peace and free from all pain. I know she was welcomed by loved ones. Love & prayers to you all. I pray for peace & healing.