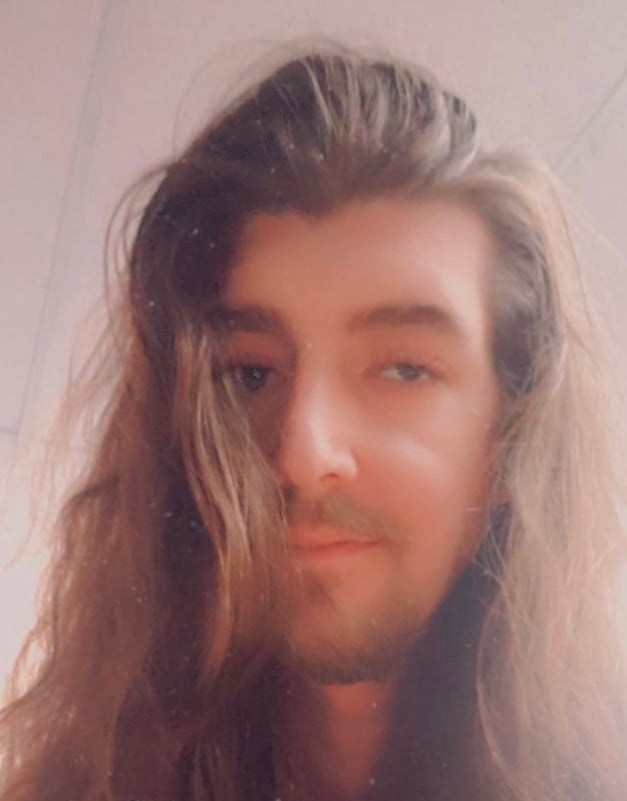 Benjamin Paul Mason passed away April 26, 2022 in Virginia Beach, VA. Benjamin was born in Norfolk, VA on May 28, 1992 to Gary Mason and Lynn Griffin.  He was a graduate of Great Bridge High School.

Benjamin worked in the security industry until he decided to join his dad’s electrical business as a material coordinator.
After recovering from heart surgery, he found his calling in retail sales.  He found his niche when he was hired by Island Dyes. His gift for connecting with customers was exceptional and he loved helping people and sharing his knowledge.

Benjamin was a decorated scout and a District Pinewood Derby Champion.  He achieved the great accomplishment of advanced red belt in Taekwondo. He was an accomplished guitar player.  In his senior year in high school, he could frequently be found in the Senior Court playing and singing and was known as Benjamin “Music Man” Mason. He served on the Praise and Worship Team in two churches.  He also enjoyed playing with other musicians and singers.  Eventually, he formed a band with his dad.  His next project was a duet with his very good friend Carly Hall.

Benjamin enjoyed the outdoors including fishing and the beach.  He grew up going to the Outer Banks to “his” cottage.

In more recent years he spent much of his spare time with his close friends, enjoying life, acting goofy, and watching professional wrestling and playing video games.

He is welcomed in Heaven by his Granddady and Mema Griffin, his Grandad Mason, and Little Jackie Carr.

Left to cherish his memory are his mother, Lynn Griffin, his father, Gary Mason, his loving sister and the apple of his eye, Olivia Mason, his Grandma Mary Thatcher, Aunt Terri Mason, Uncle Kevin Garrow, his half-brother, Grayson Tice. Also, left to cherish memory, his companion through thick and thin, Lacey and a host of cousins and loving friends.

Such a sweet man.he was wonderful.I remember the times he and Nathan spent together as children.his smile was contagious .bless the family and pray you all are doing ok with this terrible news and shock. Remember the good times .love, Paula Potter

Benjamin blessed our family with many things. His kindness and caring especially. His love of music was gift he shared with us all. He motivated me to take guitar lessons and I’m glad I did just long enough to play together during my visits home. His support and love for his family, especially his sister Olivia will forever live with us all. We will meet again nephew. Until then God has your hand. We’ll keep your heart.

I am honored and blessed to have known Benjamin. He was truly a blessing in my life and I will miss him. Despite the loss of the physical presence of him we know that God has assigned him to watch over his family throughout their lives. The loss of someone dear to us is never easy 🙁 A beautiful soul, full of love and faith, ascended to heaven, away from us, but closer to God, leaving loneliness, pain and sadness. May fond memories of my best friend, stepson Benjamin bring comfort during this hard time. I love you Benji ❤️

A wonderful friend. He was more like a brother than a friend in the few years I got to know him. Always a ray of positive light through all of the challenges life threw at him. His love and kindness for his fellow man was testament to his ability to love everyone no matter the circumstances.

We are so sorry for your loss. Benjamin was a very kind and loving young man who always greeted us with a smile. His gift of music will very much be cherished by his family, friends and His Father in heaven. I was always very much honored when he asked me to pray for him. We pray for comfort for his family and friends that will miss him dearly.

I remember Ben well from Great Bridge Intermediate School, and also through his middle and high school years as he was in the same graduating class as my daughter. Ben was a lovely young man; always polite and friendly and a wonderful guitar player. I will never forget the smile on his face or on his dad’s when the whole audience started clapping along with the duet they were playing on their guitars during a GBM talent show. I hadn’t seen Ben in several years, but the recent pictures show the same sweet spirit as the young boy we all knew and loved. Prayers and peace to his family and loved ones.