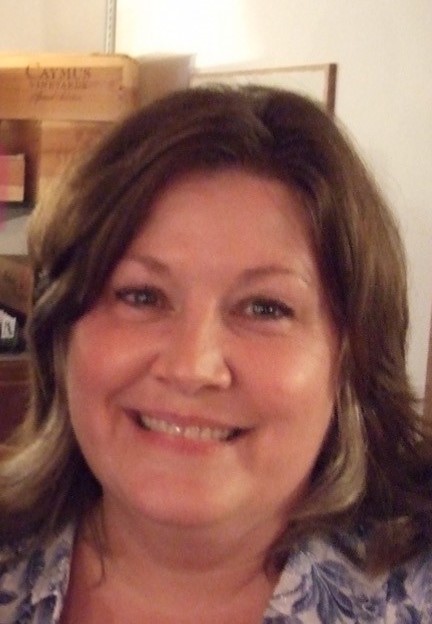 Benita Moss Jones went home to be with her Heavenly Father on January 8, 2022.
She was a bright and shining light for her family and was often described as sweet and kind by those that were lucky enough to know her.
Benita was born and raised in Williamsburg, Virginia, the daughter of Ben & Maxine Moss. Named for her father, she was the first born of the family and held the title of big sister to her siblings. She graduated from James Blair High School in 1972, the last graduating class before it became a junior high school. A bit of a free-spirit, Benita spent the summer of her graduating year in Hawaii before coming back to Williamsburg to work at the Williamsburg Press. She grew up with a great group of friends that remained close for over 60 years.
In 1974 Benita met and then married the true love of her life, Robert H. Jones, III, after only knowing him for 4 months. They were married for just over 47 years. Theirs was a true love story of friendship, respect, commitment and eternal love. Benita would often remark on Robert being her best friend and they spent many happy years together building their home, their family and a business.
Benita took her job of wife, mother and homemaker very seriously and was excellent in all three roles. She embodied Proverbs 31: 28-29 – “Her children arise and call her blessed; her husband also, and he praises her: ‘Many women do noble things, but you surpass them all’.” She and Robert raised 6 children together, 3 boys and 3 girls, 24 grandchildren with one on the way and 4 great-grandchildren. To Benita, her family was everything. Coming from a large, noisy family of 6 with multiple extended cousins, after adding her own children, holidays and gatherings were loud, busy and fun, and she cherished them all. From birthdays to Christmas celebrations and her favorite holiday-Halloween, her and Robert’s home was always the gathering place and their doors were always open. It was affectionately known as “the compound” where everyone gathered, stopped for a friendly chat or a “goodie” or made a temporary home between life changes. The quintessential “Grandma”, she took the time to have a personal relationship with each of her grandkids as well as her niece and nephews, keeping up with each one’s interests, hobbies and aspirations.
She was an engaged and active member of her faith and her church as a member of the Williamsburg Ward of the Church of Jesus Christ of Latter-Day Saints. Over the years she had served many callings in the church. Her favorite was working with primary-age children, but she was willing to help wherever needed. She and her husband weekly fed missionaries that would come and go over the years as part of their mission appointments in Williamsburg. She helped countless members of the church and friends in the community who needed a ride, a meal or just some companionship.
Benita loved music and reading. She played piano, guitar, violin and often sang in church. Old hymns were her favorite. She could not resist an idle piano and would stop and play no matter where she was if one was near; sometimes in the middle of your sentence, because she couldn’t help herself. She taught her love of music to the grandchildren and her niece through piano lessons and would often hold recitals for them to share what they had learned. She was an avid reader and a collector of old
out-of-print and antique books. She would read anything and everything, even the cereal box just to have something to read, and when consumed by a book, it mattered not that you were in the room, she was off in some faraway place. Her other hobby was photographs and she documented everything with a picture or video including a narration of each, to which her family poked great fun but remembers fondly.
She was beautiful inside and out, intelligent, kind, giving, funny, a little mischievous, talented, strong-willed, convicted in her beliefs and full of faith. But most of all she loved others and was dearly loved.
Benita is survived by her husband Robert, her daughter and son-in-law Robyn and Christian Malvasia (Mya, Ryan); son and daughter-in-law Michael and Amanda Jones (Jordan, Pike, Lanian, Aidan); daughter and son-in-law Laura and Tom Cottle (Spencer, Tig, Travis, Becca, Clara Grace); daughter and son-in-law Erin and Tom Teaman (Maylon, Henley, Hallie, Jack); son and daughter-in-law Josh and Lauren Jones (Riley, Joshua, Zoey and Bennie-on the way); son Ryan Jones (Damion, Ashleigh, Kendall, Matthew, Connor, Hazel); sister Adrian Moss & Tony Manley; Brother and sister-in law Andy and Ailyne Moss (Zach); sister and brother-in-law Michelle “Mike” and Ken Williams (Alexa, Jared);  4 great-grandchildren, extended family and friends.
She was preceded in death by her parents, Ben & Maxine Moss, nephew Ben Moss, and Mother-in-law and Father-in-law, Gladys and Robert H. Jones, Jr.
A memorial service will be held on Tuesday, January 18 at The Church of Jesus Christ of Latter-Day Saints, Williamsburg Ward, 2017 Newman Rd, Williamsburg, VA 23188 at 1:00pm.
Visitation with the family will be prior to the service, 11:00am-1:00pm. Burial will be following the service in Williamsburg Memorial Park, 130 King William Drive, Williamsburg, VA. Bucktrout of Williamsburg is handling the arrangements.
In lieu of flowers the family has asked that donations be made to your favorite charity in Benita’s name.

I’m sorry for your loss. It breaks my heart. she was such a sweet loving person. My prayers go out to the family.

I grew up with Adrian and Benita. Never a dull moment with those two around. Condolences and my deepest sympathies to her family!!