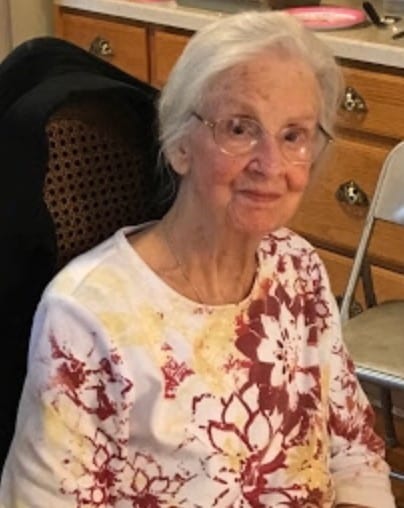 Barbara Maureen Clement, of Virginia Beach, entered Eternal Life on Wednesday, March 2, 2016 at the age of 85 years. She was born on January 31, 1931 in New Haven, Connecticut to the late George Cannon and the late Catherine (formerly Johnson) Cannon. Her life was a family-focused one, and she practiced her devout Catholic Faith with great fervor.
Left to cherish her memory include her husband Roy L. Clement, with who she shared 63 years of wedded bliss; and was a wonderful mother to her daughter Kerry Koelenbeek and her husband John; Roy Clement, Jr. and his wife Jackie; daughter Joyce McClenney; daughter Tracy Legg; brother George Cannon and his wife Pat; and loving grandmother to five grandchildren; and five great-grandchildren. Further survived by other relatives and friends.
Visitation for Barbara will be held on Sunday, March 6, 2016 at Altmeyer Funeral Home-Southside Chapel (5792 Greenwich Rd. Virginia Beach) from 6:00 PM until 8:00 PM. The Mass of Christian Burial will be celebrated on Monday, March 7, 2016 at NAS Oceana-Chapel of the Good Shepherd (803 D Avenue Bldg 330 Virginia Beach, VA 23460-Please meet us at the chapel) at 11:00 AM. Burial to follow at Woodlawn Memorial Gardens, Norfolk, VA.
In lieu of flowers, memorials appreciated to the St. Jude Children’s Research Hospital.
The Altmeyer Funeral Home-Southside Chapel is assisting the family with arrangements. Online condolences may be expressed at www.altmeyerfh.com.

To the Clement family – I am so very sorry to hear about Mrs. C. I have so many wonderful memories of her and Mrs. Haigh…all the wonderful parties and fun times we shared while growing up. I will never forget how thoughtful she was to me when my Mom passed away 3 1/2 years ago. She was a wonderful lady who will never be forgotten! You are all in my thoughts and prayers. Sincerely, Wendy Paulson (Cathi’s best friend)

Grieving with you…Mrs. C was a very special lady and will be greatly missed. I’m blessed to have some wonderful memories of our times together. Praying the family finds comfort in HIS promise to us. Peace be with you.

Tracy and family, our deepest sympathies for your loss.

Raymond B Fone US Navy captain retired and Annick Fone

We will remember you both from sitting right across us in church, you were such a lovely couple. On this sad day our thoughts and prayers are with you and your family.

I’m so sorry for your loss. I absolutely loved your mom; a truly great lady! So many great memories! Man how she loved her Frank “New York, New York!”

Drinks in the back yard, you and Roy so spevia3

We were very sad to read of Barbara’s passing. Roy was so kind to continue to check on Dottie’s health the last few weeks. Unfortunately, we did not know Barbara was ill. We cherished our time with her.

Such a special, loving woman who made me feel like one of her own from the day I met her. May she rest in peace. My sympathies to all she left behind, she was a truly wonderful person.

I will forever remember Barbara and Ann tapdancing together on that board they would drag out after a few toddies, There are so many happy memories attached to her! She was the best neighbor and friend. I am so sorry she is gone! She and Ann are in a hottub in Heaven discussing a book they will publish. I am so sorry for your loss. She was the Best!

You will remain in my family’s thoughts and prayers forever.