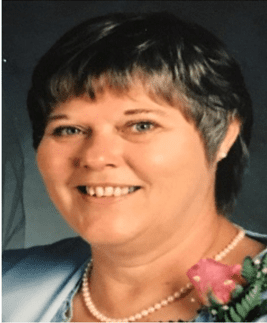 VIRGINIA BEACH Barbara “Jeannie” Mastice, 65, passed away on January 17, 2017. She is survived by her loving husband, Mike Mastice, son and daughter in-law, Mike and Pamela Nation of Salisbury, IL, and brothers, Roger Wardell of VA, Elmer Wardell of IL, William Dugger of IL, and Henry Dugger of IL. She also leaves a very beautiful and special granddaughter, Sierra Nation, of Salisbury,IL. along with numerous nephews and nieces.
Jeannie worked as an executive administrative assistant for the Tidewater Department of Environmental Quality until her retirement in 2014. As a loving wife, mother, grandparent, and friend she has ignited an everlasting flame that will burn forever in the hearts of those that have come to know her.
A memorial service will be held at St Timothy’s Lutheran Church, 1051 Kempsville Rd, Norfolk from 6 pm to 7:30 pm on 21 January 2017.
Jeannie spent over two decades of her life in an ongoing struggle with diabetes. The family requests that donations be made to the American Diabetes Association in lieu of flowers to help others with the same disease and struggles.

Pam, you and your family will be in my thoughts during this difficult time. May she rest in peace.

From the first time I met Jeannie I felt her caring and compassion. She was a true friend, mentor and I knew that she was always only a phone call away. To someone who loved to celebrate, always making each day a special occasion. I looked up to her as a teacher and always knew if she wanted to let you know something she would do just that and keep us in “check”. I will never forget this lady who was a true, genuine friend. I know that she is up in a better place keeping an eye on us all with that beautiful heartwarming smile. Jeannie thank you for being an important part of my life.

My Dearest Mike , I cannot express how sorry I feel for your loss. Jeannie was an amazing women. Her compassion, service to others and love of family and friends was without boundary or condition. We will miss her light among us but know that she still shines in our hearts and memories.
May you and your family find peace and light in the coming days. She is with you.
With our deepest sympathies.
Diane and Stephen Stabinski

Mike, the news was kind of a shock. I have many fine memories of Jeannie and the things she did for me and others. She will be missed. I am sorry that I will not be able to make it up for the service.

Mike, my family and I offer our condolences to you and your family during this difficult time. Our thoughts and prayers are for your family’s healing. I was glad to of had the chance to have met and talked with her.

Dear Mike, I worked with Jeannie for almost 2 decades at DEQ. She had such a big heart and was so caring toward others! I am so sorry for your loss. Please know you and your family are in my prayers for peace and comfort.

Mike and family. You have my deepest sympathy for your loss. During my time at DEQ with Jeannie she was my dearest friend. I will miss her deeply.

Mike and family, May rest in God’s faithfulness, find strength in His promises and be blessed by HIs LOVE. Our thoughsts and prayers are with you. Isaiah 41:10 says…I am with you… I am your God. I will strengthen you; I will help you; I will uphold you with My victorious right hand. This verse we can hold especially in time of sorrow and pain.

Mike,
Our prayers go out to you and the family. I will always remember Jeannie with fond memories. She and I worked together for well over a decade. She will be missed, but I look forward to seeing her again and having more laughs.