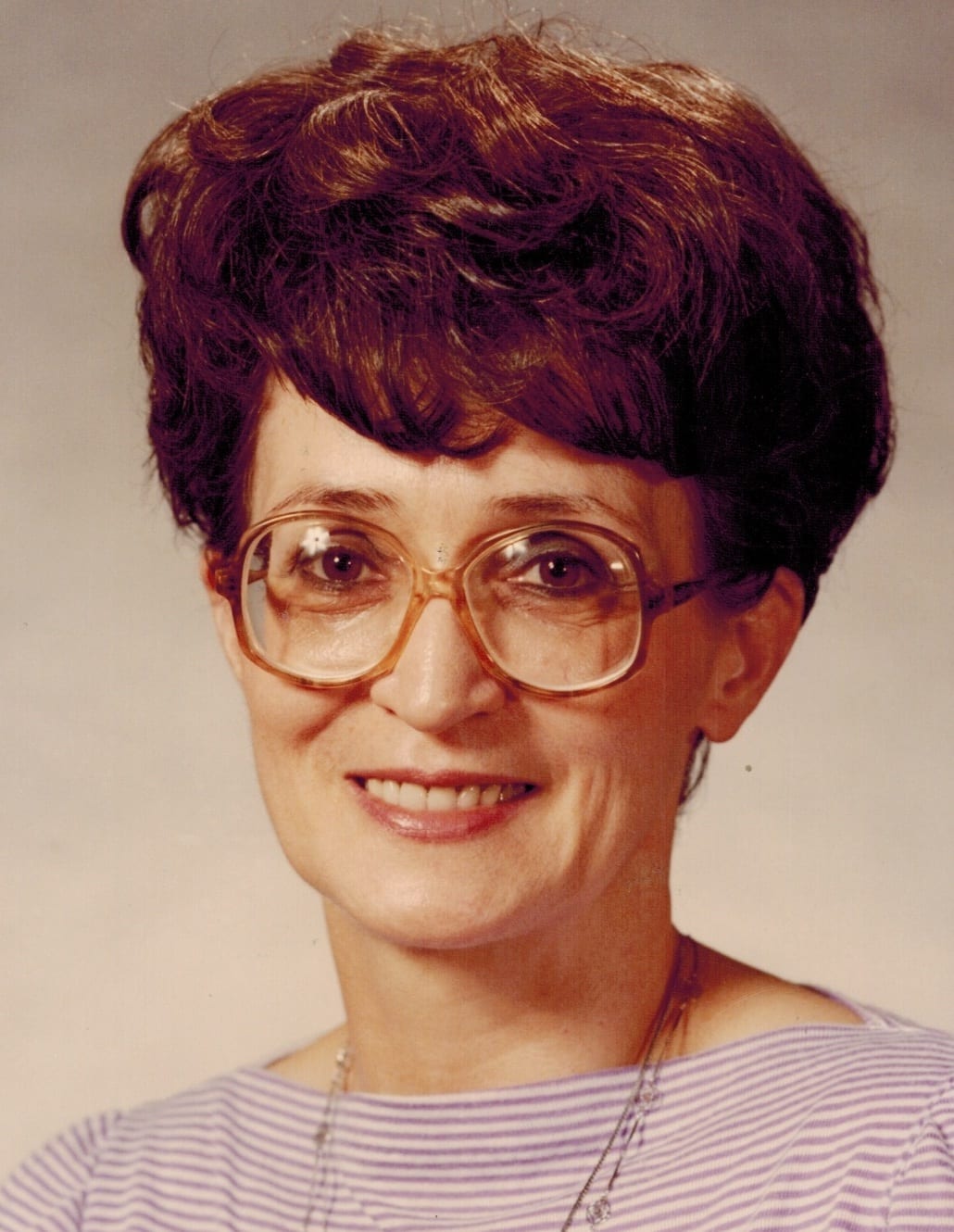 Arlene Virginia (Emery) VanderHeiden, October 23, 1930-December 11, 2015.  After a long and brave battle, a beloved wife, mother, grandmother, great-grandmother and friend of many, Arlene Virginia (Emery) VanderHeiden died at Sentara Hospice House in Virginia Beach, Virginia.  Arlene was the third born of four children to Charles and Ruth Emery in Laconia, New Hampshire.  She was widowed by her husband of 46 years in October 1996, John Phillip VanderHeiden.  She is survived by her four children; John T. VanderHeiden and his wife Melanie of Pahrump, Nevada, Robert D. VanderHeiden and his wife Donna of Portsmouth, Debra R. Delhommer of Avondale, Louisiana and Thomas W. VanderHeiden and his wife Debbie of Virginia Beach.  Grandchildren; John T. VanderHeiden, II of Virginia Beach, Michael VanderHeiden and his wife Kathy of Portsmouth, Kevin Coleman of Louisiana, Amber D. Falcon and her husband James of Westwego, Louisiana, Paul J. VanderHeiden of Chesapeake and Jamie M. VanderHeiden of Fredericksburg.  Great-grandchildren; Jessica VanderHeiden, Katelyn Ross, Molly VanderHeiden and Jonathan Coleman.  Arlene is also survived by her sister-n-law, June Emery of Laconia, New Hampshire, several nieces, nephews and great nieces and nephews.  As a loyal and loving navy wife, Arlene followed her husband to duty stations in Connecticut, Washington, California and finally back to Virginia where he retired from the U.S. Navy.   Arlene retired herself from the NAS Oceana Commissary.  Arlene enjoyed many hobbies and crafts, but the ones she enjoyed most were related to helping others.  She volunteered at the Windsor Woods Area Library converting children’s books to brail for the blind, and she also crocheted granny square quilts for charity.  Funeral Services and burial will be held 1pm Saturday December 19,2015 at Colonial Grove Memorial Park 3445 Princess Anne Road in Virginia Beach, where she will be laid to rest with her husband.  In lieu of flowers, memorial donations may be made to Seaside Rehab Center at 1200 Atlantic Shores Drive, Virginia Beach, VA 23454, Sentara Hospice House at 3760 Sentara Way, Virginia Beach, VA 23452 or the Disable American Veterans (DAV).  Condolences can be made at www.altmeyer.com

Tom, Deb, and all the Vanderhidens, you all are in my thoughts and I hope that the memories of a beautiful life carry you through this time.

Our thoughts and prayers are with you during this loss. Our memories and thoughts of our passed loved ones keeps them alive in our hearts forever. Although no longer her in body, their love is carried on by all they have touched. Their lives recited in stories that tell of their love, humor and devotion to family. Each day they visit us through or memories of them. Eternally in our hearts.

Prayers to you and your family during this difficult time.

I am so sorry for your loss. Prayers to you and your family.

My prayers are with you and the family. She will surely be missed.

My prayers are with your family. May God give you all peace.