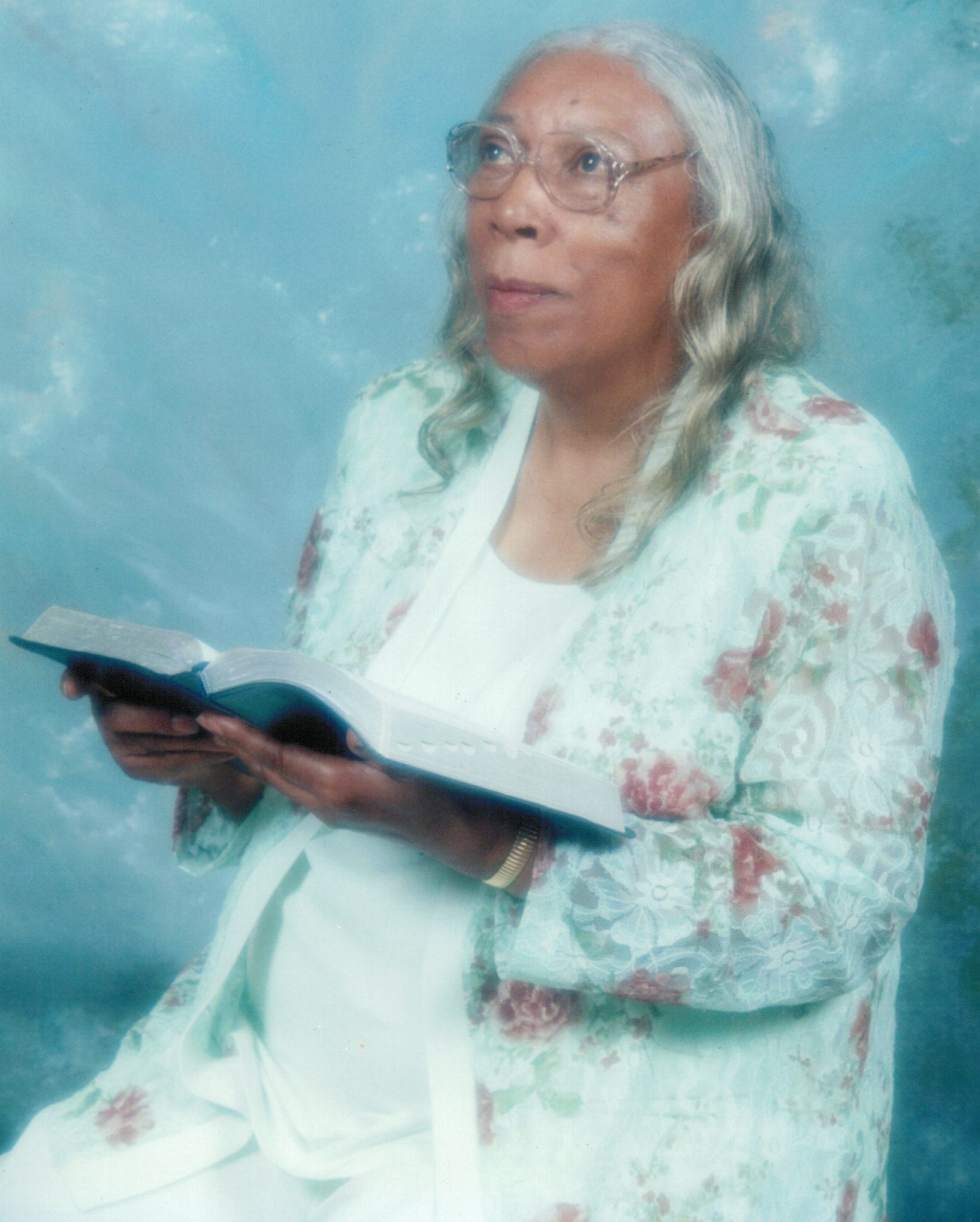 Arlene Drake was born in Ahoskie, NC on December 15, 1925, to the late Addie Beverly Peele and John Edward Peele. God welcomed Arlene into His kingdom on August 15, 2016.She attended school in Hertford County, NC. She was united in holy matrimony to Horace Lee Drake who passed in 2000. After relocating to Virginia Beach, much of her occupational time was spent doing domestic work including many years with the Fine family. She was a devoted member of Mount Olive Baptist Church in Virginia Beach where she served faithfully as President of the Senior Usher Board for several years. In October 2011, the Seatack Community Civic League celebrated its 200th year and recognized her with an honorable mention as one of Seatack’s tenured residents.
Arlene was a loving wife, mother, grandmother, and great grandmother. She adored her neighbors who became an extension of her family. She never met a stranger with whom she wouldn’t have a conversation. She and her husband were also known for opening their home to family for extended periods of time over the years. Infamous for her culinary skills, she would always prepare large southern meals to feed any visitors who stopped by and she never complained. Her interests included gardening, reading the newspaper and watching soap operas.
She was preceded in death by her daughter Brenda Drake, son Rev. Wallace J. Drake and siblings Asidene P. McHerrin, Amelicia P. Branch, John David Peele, Walter Peele, George Henry Peele, Horace Peele, and Jimmie Peele. Those remaining to cherish her memory include her daughters Kathy Jarvis (Cliff) of Chesapeake, Linda Drake of Virginia Beach, and Wendy George (Benjamin) of Virginia Beach; sisters Ivory P. Vaughn of Ahoskie, NC, and Lorraine Maull of Chesapeake; grandchildren Wallace Drake, Troy Drake, Tonya Edmonds (Reginald), Keyon George (Nisa), Shani George-Rojo (Willian), and Tiffany George; eleven great-grandchildren; one great-great grandson; two sisters-in-law Clara Drake and Earlene Wynn; honorary children Lorraine Grimstead, Brenda Galloway and Larry Bly; and a host of nieces, nephews, cousins and friends.

Sending my condolences and prayers to the Drake family. She was truly a sweet, kind, and giving woman. Love the Parker family (Doug, Takara, Tristan & Taylor)

Linda, so very sorry to hear about the loss of your wonderful mother. Always a joy to see and talk with her when she came to the practice. My deepest sympathy to you and the family

Sending my deepest sympathy & love for the fmily

Tanya and Family: I am so deeply sorry for the loss of your beautiful grandmother and mother. I never met her but I know she was a wonderful and special child of God because I know both of you. I sent my deepest love and know that she will live in your hearts forever.

Linda I continue to pray for you and your family. I am so glad to have spent time with your mom when she came to school on several occasions. I can’t stop thinking about the time she was ready to go because soap opera was coming on. She kept asking if you were ready because she was.
May God hold you and your family in his loving and comforting arms.

My thoughts and prayers are with the entire Drake family. Mama Drake is resting in the arms of Jesus. May God continue to comfort and keep you all.

Dear Kathy and Tonya. I pray and know that our loving and merciful God will heal you and your entire family’s broken hearts. You’ll also have fond and uplifting memories to replace the sadness and will one day fellowship with your dear mother and grandmother for eternity in heaven. Love you. The Clemons Family.

Dear Family. I pray and accept that our loving and merciful God will heal your broken hearts and allow you to focus on the many fond memories of your loved one. The blessed assurance is that you’ll meet again in Heaven ! Loving condolences from the Clemons Family..

My deepest condolences to the Drake family. What a joy and blessing it was to see Mrs. Drake’s smile at church. I will forever miss her great humor and kind countenance . May God comfort you and give you perfect peace . And may warm thoughts and memories of her allow her beautiful spirit to remain forever.
God’s Blessings be unto you Drake family .

The McKans ( Tia, Tiana, Tanasia and Tavia) and Linda Johnson

Wendy & Linda and family So sorry to hear of the passing of your mom. May you find comfort in knowing she is resting in the arms of our Heavenly Father.