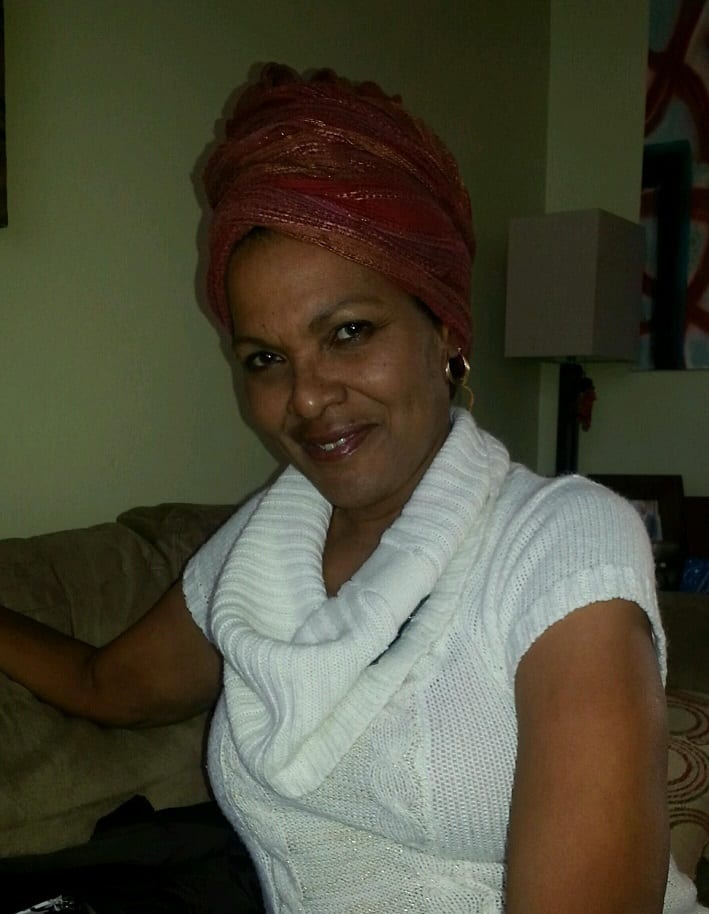 April Gail Stevenson was born on March 7, 1961 in Harrisburg, PA to two loving parents, Fred and Carrie Stevenson. She graduated from Denbigh High School in 1979, attended VCU in Richmond, VA, and served in the United States Air Force. Over the last years, she gathered life experiences through a variety of positions in retail.
April is preceded in death by her husband, Barry Randolph; her father, Fred Stevenson; and her sister, Rhonda Evette Banks. She leaves to cherish her memories her mother, Carrie B. Stevenson; her nephew, Parker A. Banks; and her long- time devoted friend and companion of four years, William A. Edwards, Jr.
April Gail was liked by all and loved by many. She brightened the lives of those who knew her.

Great friend and companion. I will keep you alive in my memories. Rest in peace and my you find comfort in the presence of the Almighty.

Condolences to the family and friends of April Gail Stevenson-Randolph you can find comfort from the God of all comfort at (2 Corinthians 1: 3 -4 ) where we are assured that God is the ” Father of tender mercies and the God of all comfort “.. Surely at theses difficult moments comfort is welcomed … (Acts 24:15) makes this promise : ” And I have hope toward God, which hope these men also look forward to, that there is going to be a resurrection of both the righteous and the unrighteous .” We can truly take comfort in knowing that our dear loved ones that we’ve lost to death will be resurrected … what a heartwarming hope that gives us which is going to happen in the VERY NEAR future….

My thoughts and prayers are with you and your family at this time of loss. April will be missed by all who knew her.