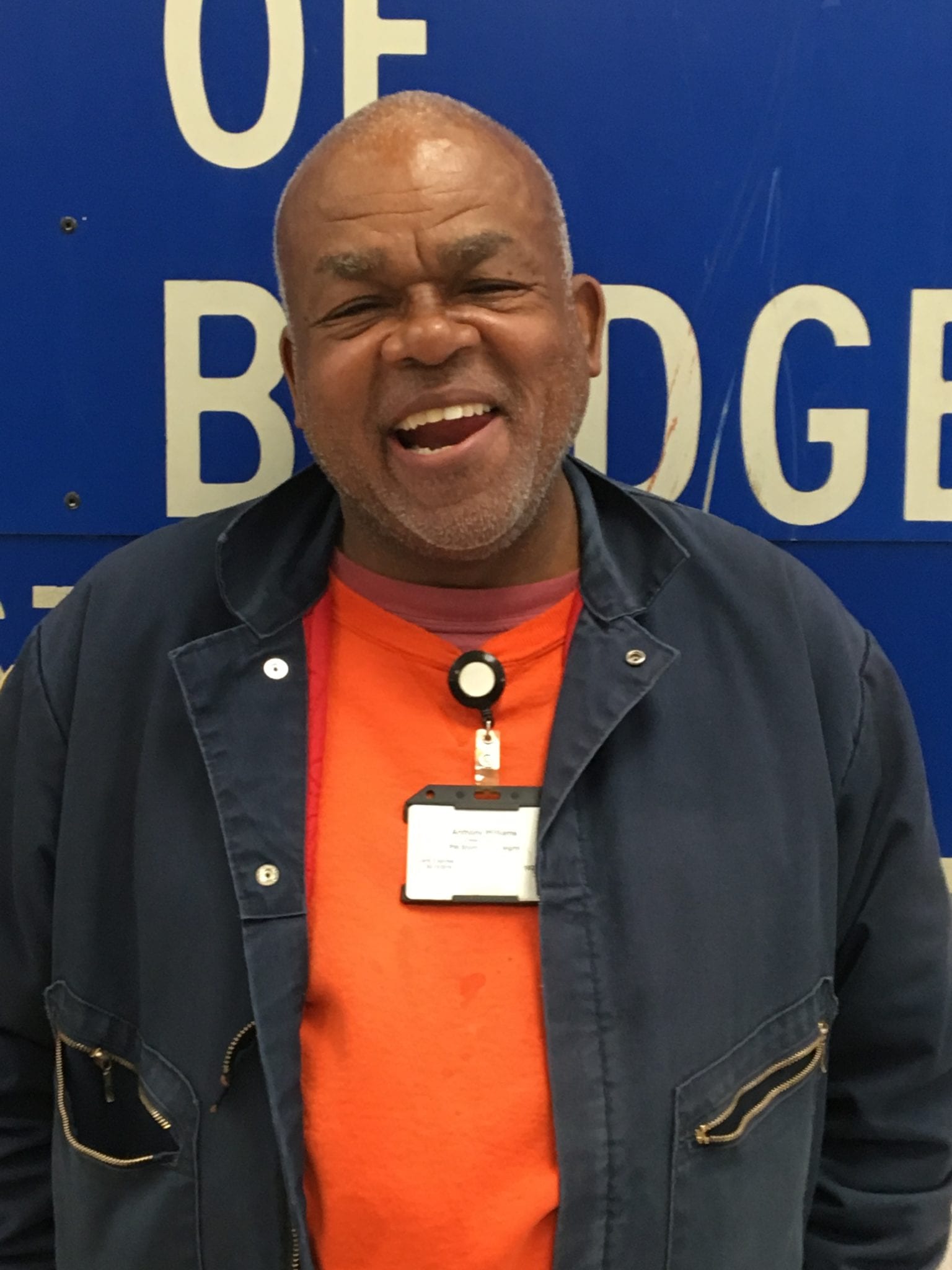 Concert of Life
“Let my work speak for me”
Anthony Williams, also known as Jazz Cat “Took the A train” to Heaven. He took that ride on November 19, 2019 Jazz Cat was born January 17, 1958 to the late Shirley Mae Williams. Raised by his loving aunt Mary Elizabeth Payne, his grandmother Lavinia Williams Epps, his uncle, Walter Thomas Williams and his big sis Tereasa Oliver.
Anthony graduated from Lake Taylor High School in 1977 and did a short stint in the Navy.
He was employed by the City of Norfolk for 24 years as a Crew Leader/ Public Works Environmental Stormwater.
Anthony had many loves in his life. The first love was his nieces and nephews, “The Crooks”.
He was always there for every birthday and significant occasion. He was a big car enthusiast. If there was a car show he was there ready to discuss the specs and comparisons. He knew his cars better than the salesman. Bought the best of electronics at top dollar, clearance was not in his vocabulary. He was an avid cyclist. Loved! Loved his jazz all types and artist. To name a few Kurt Whalum, Jonathan Butler, and Grover Washington, Jr. He loved it so much that he was able to equate the flow of jazz to tennis. He started to play tennis in his mid-twenties. He made sure to get his court time in weekly.  A quote of Anthony written in the New Journal and Guide in 2002, “I see a lot of Jazz in tennis, Williams said. “Some are kind of slow, but others are extremely gifted. It has a lot of meaning. When I get home, I like to have a glass of wine, put on some music and remember the shot you made, and that you hope you can duplicate. It’s that one shot that will bring you out the next day.”
He was predeceased by his mother, Shirley Mae Williams, his grandmother, Lavinia Williams Epps, his aunt Mary Elizabeth Payne, his aunt Josephine Williams, a brother-in-law Raymond Oliver Sr., two nephews Jordan and Brandon McFadden, one niece Taylor McFadden.
He leaves to cherish his memories one big head sister, Lavinia Tereasa Oliver, two brothers Ronald Williams Sr. (Duck) his wife Rose, James Edward Williams (Sail Lo Bob), an uncle Walter Thomas Williams. A host of nieces and nephews; Jette McFadden his favorite niece (Darryl Sr.), (The toast bread head brothers) Raymond L. Oliver Jr., Jermaine Oliver (Delores), Ronald Williams Jr (Crystal), Darryl S McFadden Jr. (Jewel), Tia Williams,  Cameron, Amir, Kweli, Mary, Nikayah, Tajai, Xavier, Isiah and Maya, Zari, Kailani, and a host of cousins and friends.
Wake services will be held Friday November 29, 2019 from 6-9 pm. A Jazzy Celebration of life will be on Saturday, November 30, 2019 at 11am. All services will be held in Altmeyer Funeral Home, 5033 Rouse Drive Virginia Beach, VA. Condolences may be offered to “Jazz Cat’s” family below.

To Anthony’s family – we’re so sorry to hear of this untimely loss. We both had the honor of working with Anthony in the past at Norfolk Environmental Stormwater. He was such a great guy to be around because he always made us laugh and made the day so much better. He was the kind of person who could fit in with any group of people and make every one of them feel like an old friend. Our favorite memory of him is actually from a random occurrence. We were driving down I-264 towards Norfolk in a big Ford F-150 V8 when a little VW Beetle suddenly shot past us. There in the drivers seat was Anthony, laughing at us as he passed. Classic Anthony!

May your memories of Anthony Williams, give you peace, comfort and strength…

Teresa, Ron(Duck), and James, we share in this time of grief but also share in the love and memories of Ant. Ant was my main man and in the early day’s we discovered many things in life together. Even though we had not talked in several years, I still feel a connection to Ant. I was there when he gained his love for cars because we started building model cars at a very young age and we were good at it, he was always much better at it than me because he payed so much attention to detail. You may not know it but I was the one to introduce Ant to jazz, I remember discussing music with him and at that time he was focused on main stream old school R&B such as the O’jays etc… I took him to my house and explained to him that jazz was a different kind of art form “Just listen to the precision of the artist” I told him and imagine seeing them playing this music live. He understood and began to listen himself. Before long were were exchanging new songs and new artist. I got Anthony his first job at Mr. Steak in Military Circle, we worked together for several years. Even working together Anthony was always very good at what he did and that created opportunity for him. I remember Aunt Mary and Grandma taking care of business in that house, they didn’t play!!! Wow, I have truly lost a piece of me in Ant’s passing as I know you have. I will never forget you my friend.