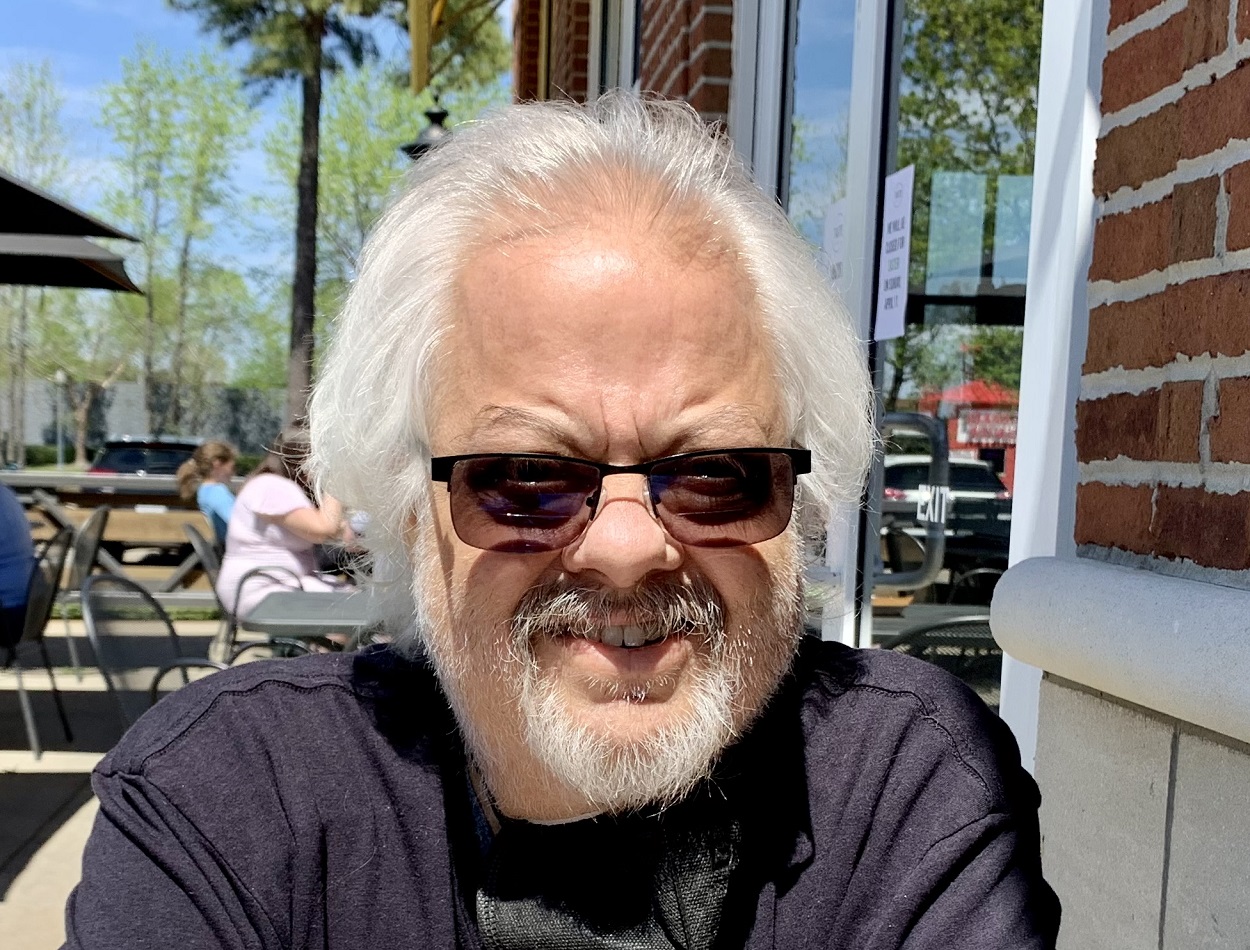 We regretfully announce the passing of Anthony “Tony” Hugh Wood, 58, of Chesapeake, Virginia. Tony passed away on April 22, 2022.
As a teenager Tony was an avid skateboarder and rode for team Powerflex out of California.  Tony spent an especially formative summer (late 1970’s) in San Diego with his Uncle Barney Wood and Aunt Rosemary Wood.  Rosemary spent many hours shuttling Tony between all the prominent skateparks of the day.  Tony also loved riding dirt bikes and spent many hours riding with his Uncle David Wood and Aunt Julia Wood.  He spent many off season weekends in Kitty Hawk at “The Cottage”, a vacation home owned by his paternal grandparents.  Many other weekends were spent in Grafton, VA at the home of his maternal grandparents, the Merediths.
After graduating from Princess Anne High School in 1981, where he had trained in mechanical drafting, Tony began a career in the commercial aluminum and glass industry. In 1996, Tony started a business, with friend and coworker Bill Pilcher, called Accurate Drafting, Incorporated (ADI).  ADI is still in business providing computer generated shop drawings and engineering to the commercial aluminum and glass industry.  Together Tony and Bill built a thriving business with employees.  Tony retired in March 2021 due to a diagnosis of pancreatic cancer.  Bill is carrying on as the sole owner of ADI.  Tony was especially grateful for the solid friendship and working relationship with Bill.
Tony and Darol Flahart met and started dating in 2010 and were married in Chincoteague, VA in 2016.  They spent a dream honeymoon in Cape Breton, Nova Scotia, Canada, a location that interested both of them.  Tony and Darol spent their days traveling, bird watching, enjoying their dog, their home in Great Bridge and family and friends. Tony especially enjoyed the company of the Flahart family including Rob and Laura and their children Nigel, Leslie and Melody and their families.  This was a second marriage for both Tony and Darol who had no children. They valued the freedom to enjoy their solid and happy marriage.  Tony built a wooden kayak in 2003 and enjoyed paddling creeks, rivers and lakes in the Hampton Roads area.  Tony took Darol on a paddle while dating.  Even though Darol had paddled canoes before, she found being the captain of her own vessel was much more fun.  The two went on many paddles and found Blackwater Creek in Va. Beach to be their favorite.
Tony was a guitar player since childhood and co-founder of the band Distant Towers with Tom McCaffrey.  Distant Towers has released 7 CDs.  Tony loved guitar playing and also released music under the name The Lindale Project.  Recently Tony had been working with his nephew Josh Bleeks on music under the name The Dead Teddys.  Tony enjoyed bird watching with his wife, Darol, and was very active in the Cape Henry Audubon Society and local birding community. Tony was an avid crossword puzzle solver and also enjoyed doing jigsaw puzzles with his mother, Janice.   In 2019 Tony tried his hand at watercolor painting and found out he enjoyed it along with pen and colored pencil sketching.
Tony is survived by wife Darol Wood, mother Janice Wood, sister Lisa Bradley, brother-in-law Dave Bradley, nephew Jake Anthony Bradley and rescue dog, Kenda Wood.  Tony is predeceased by father Hugh Wood, maternal and paternal grandparents, uncles Ralph Meredith and Jim Wood, and rescue dog Chantz.
The family will be celebrating Tony’s life on Friday, May 13, 2022 at 11:00 at Altmeyer Funeral Home, Chesapeake with celebrant Keith Worrell officiating. A reception will immediately follow.

So Sorry for your loss. I have had the pleasure of working with Tony. Sending our thoughts and prayers.

I knew Tony through Cape Henry Audubon Society, which he led so very well. He was a kind and gentle soul and I will always remember how he helped me out uncomplainingly when my father was ill. RIP Tony and thank you for making our lives better. Thinking of Darol.

Darol, I’m so sorry to learn of Tony’s passing. I can only imagine how you must feel, but I’m so glad the two of you found each other and were able to have the time that you did. I know he will always be your soul mate ❤️

To Darol I am so very sorry for your loss. If there is one thing I know without a doubt regarding Tony, is that he loved you very much. I hope in time that you are able to look at all of the good times you had and shared together and let that be your light going forward.

To Tony’s mom (Janice) and sister (Lisa). We never did get to meet either of you but often heard Tony talk of both of you with love and pride. I am so sorry for your loss.

To my “Brother from a different Mother”. It was a complete pleasure to have met you and spend time with you. Brenda and I will never forget our trips together with you and Darol or spending time together at your and our home. You were a class act. Great sense of humor, funny, nice and really down to Earth. Because of you I will never look at a Carp again without laughing hysterically. I will miss you Tony. Please Rest In Peace.

I first met Tony in the spring of 2016 at the Great Dismal Swamp. We were surveying Red Cockaded Woodpeckers. About a month later, I attended a bird walk led by Tony at Indian River Park. I would then see Tony and Darol on various bird walks. Tony freely shared his bird knowledge. He had a wonderful way of making people feel welcome with his kindness and positivity.

Tony was such a kind and generous man. I saw enjoyed knowing him and will be forever thankful for his kindness. He was a wonderful teacher, generously giving of his time to interest my students, and of course all members of Cape Henry Audubon, in bird watching. My deepest condolences.

What a guy!! Tony was very special to John and I, but especially to the Cape Henry Audubon Society. Not only did he know his birds, but he conducted bird hikes, ran the CHAS board meetings and the general meetings with enthusiasm, inviting all to join in with learning and fun. He held CHAS together with skill, compassion, and determination. We would not be the Bird Club today without his leadership and just his joy of living. I was a recipient of his colored pencil sketching, when he sent two hand-made book markers to us at Christmas time. Today I use them with every book I read. At present both are stuck in 2 books on my desk, ready to be picked up for the pure enjoyment of reading. We will always remember you, Tony.

Much love and respect to a man with special talents and grace a class act. I felt honored to know him. His spirit is with you forever love and light 🎶🌈🎶🙏 Clifton Williams

My heart goes out to you Janice for the loss of your son Tony. To Tony’s wife Darol and Tony’s sister Lisa and all family members. You are all in my prayers and may God bless and keep all of you in His loving care. Tony is at peace and with our Savior Jesus. Love and Blessings, Jo Ellen and family!

My condolences to the family. My prayer is that you will find peace knowing Tony is in a better place, with our God. Sending my love to you all.