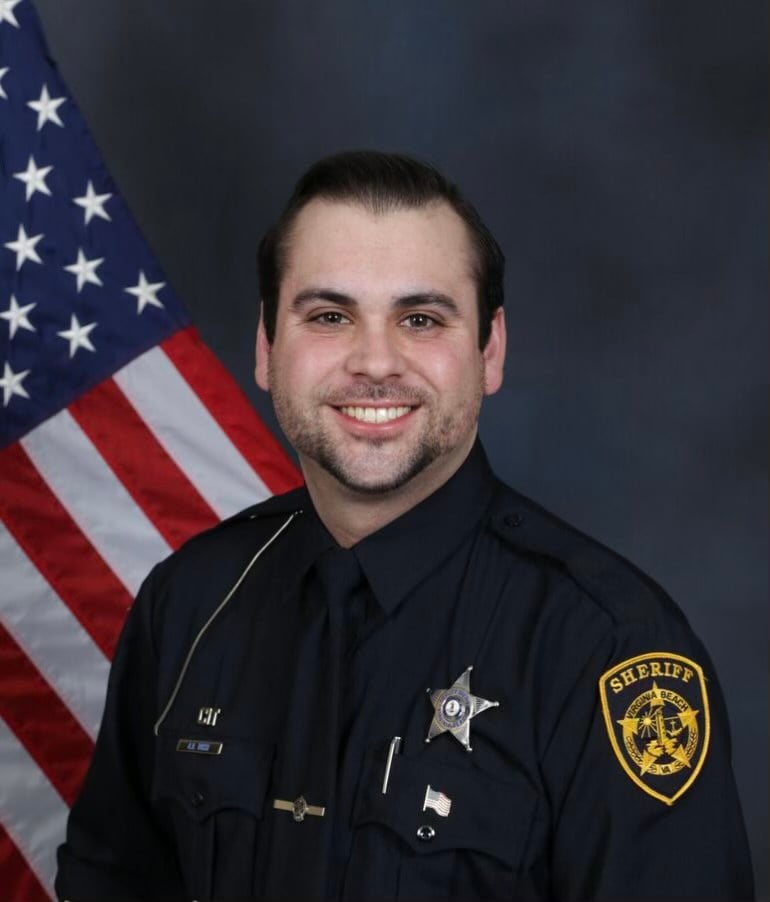 Anthony Daniel Rossi passed away on October 4, 2022 while surrounded by his loving family and fiancée at the age of 26.

Born in Virginia in 1996, Anthony attended St. Gregory the Great Catholic School for all of grade school and was named “Young Man of the Year” by the Knights of Columbus. He went on to become a volleyball athlete at Ocean Lakes Highschool and again at Longwood University. He graduated Longwood in 2014 with a degree in criminal justice. He then began his career as a deputy for the Virginia Beach Sheriff Department.

Anthony loved having a great time with his friends and family. He loved throwing back a few drinks, listening to country music, and playing around with his dog Zander. He spent countless hours with his fiancée Lauren and had such a great sense of humor. Anthony always had compassion for others and it showed throughout his life. He had a gentle soul and was very much loved.

I am so terribly sorry for your painful loss. My apologies for this delay; I somehow missed the post about his death. Please know that I am going to pray for your peace and strength every day.
God is with you, and he is with God.

Danny, we are so sorry to hear of Anthony’s passing. Praying for your family, his fiance, friends, and colleagues.

Our deepest condolences to Anthony’s family. I (along with his dad) coached Anthony in little league baseball at VBLL. So many wonderful memories of those times! Anthony’s far too early passing saddens Diana and I greatly. What a wonderful human being and a loving, caring family!
Love and prayers.
Dr. Thomas Socha & Diana Socha

Deepest sympathy and prayers..may God bring you peace and comfort and memories warm your hearts

Our deepest sympathies at this time of such profound, unimaginable sorrow. Prayers that you will somehow find peace.
The Heiler Family

Danny, my heart breaks for you and your family and his beautiful fiance, I was very moved by the video, of his life and he is a very handsome man, looks so much like you, and his smile too. I pray that God will bring you peace in the coming days, weeks and years ahead knowing that he is with his Father in Heaven now, God bless you all.

From birth, Anthony’s eyes shone brightly. His smile was infectious, and he was the light of life to all we’re I. His presence for even a short while. His Nana shared him and his big sister with our little family. And most recently, I saw him in uniform having breakfast with his co-workers when he stood tall and wrapped those arms around me for a big hug. I told him how proud I was of him, and that his Nana would be proud, too. I am truly heart broken that His time on this Earth is done. God got a lot of mileage in a short period of time with this awesome young man. Rest In Peace.

I want the family to know that you raised an amazing man. I’m truly sorry for your loss and the bracey family give our sincere condolences in this hard time. Anthony was a great friend to me in college and help guide me to be better/do better.
-Jayvon Bracey

I wanted to let the family know how sorry I was to hear about Anthony passing away. I was the lady whose husband was in the ICU when Anthony was in there. I prayed for him and the family every day. I pray God will cover those left behind with His love, comfort and peace as only He can.
Sharon Stanley

I met Anthony while in the criminal justice program at Longwood. We were in the Criminal Justice Fraternity together and I will always remember him as one of the sweetest guys who was always willing to help someone out. My thoughts are with his family.