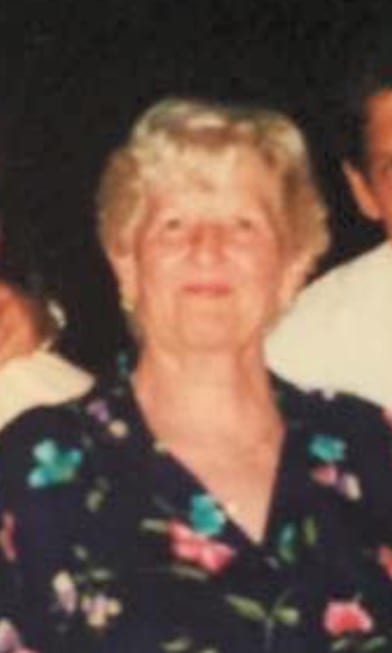 Annette Adela Taylor, of Virginia Beach, entered Eternal Life on Friday, January 8, 2016 at the age of 86 years. She was born on August 26, 1929 to the late George and the late Emma Rose (formerly Levesque) Bernard in Fall River, Massachusetts. She married the late Raymond Charles “Lucky” Taylor on October 6, 1951.
In addition to her parents and husband, Annette is preceded in death by her sister Edna (Lionel) Dionne; sister Jeanne (Leo) Scopino; and brother Robert (Jean) Bernard.
Left to cherish Annette’s memory are her daughter Raeanne Reece; son Scott Taylor; grandson Matthew Reece and his wife Kristen; granddaughter Jennifer Benincasa and her husband Liam; great-grandson Brendyn Benincasa; great-grandson Logan Reece; great-grandson Camdyn Benincasa; great-granddaughter Emersyn Benincasa; sister Claire Rice and her husband Ervin; sister Lorraine Lavoie and her husband Robert; brother Ronald Bernard and his wife Mary; and brother Roger Bernard and his wife Deborah. Further survived by numerous nieces, nephews, other relatives, and friends.
Annette was a proud volunteer at the Bayside Elementary School in their library.
Memorial graveside service to be held on Monday, January 18, 2016 at Princess Anne Memorial Park (1110 North Great Neck Rd. Virginia Beach, VA) at 11:00 AM, (please meet us at the cemetery).
Memorial gifts to further the cause of the American Cancer Society in Annette’s name may be made at this link:
In Loving Memory of Annette Taylor
Altmeyer Funeral Home’s Southside Chapel in Virginia Beach, is assisting the family with arrangements. Online condolences may be expressed to the family at the link below.

Raeanne and Family,
I offer my sincere condolence during this difficult time. Just know that Mrs. Taylor is at peace resting in the arms of Jesus.

I will turn their mourning into joy, I will comfort them, and give them gladness for sorrow. The Lord gave, and the Lord has taken away; Blessed be the name of the Lord.

To lose a last beloved parent at any age is finally to be orphaned and all that means: no one last bit of wisdom to be imparted, no last words to be acknowledged no matter how many times they’ve been said before, the certainty that home that was made for you has finally been bequeathed to memory and your greatest hope is that you have made or will make a home for your descendants anywhere near as dear.

If you are a testament to your mother, she must have been a very fine lady.

My Denise and I will say a prayer or two in passing for her and your whole family.

God bless you and yours,

I LOVED MY SISTER NAN DEARLY, I ENJOYED THE LONG AND ENJOYABLE CONVERSATIONS WE SHARED ON THE PHONE, AND WE SPENT HOURS TALKING ABOUT CHILDHOOD STORIES AND OTHER FAMILY TRAITS WE HAD. I ALWAYS LOVED TO PLAY SILLY GAMES AND JOKES ON HER WHEN WE GOT TOGETHER, WE ENJOYED MANY WONDERFUL HOURS TOGETHER. I AM VERY SAD THAT I DID NOT GET TO TALK WITH HER BEFORE SHE PASSED.

Dear Raeanne, you are in my thoughts and prayers.

She will live on in her descendants and in the hearts and lives of the many who knew her. May God’s presence be especially close to your hearts at this time.

We remember most how she loved to laugh when she got together with her brothers and sisters. She was loved greatly. She will be missed.