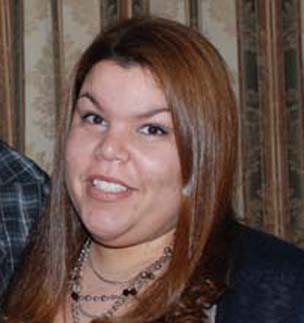 Anna Milagros Rivera, 43, of Virginia Beach, passed away on Saturday, June 11, 2022 at her residence. She was preceded in death by her parents Lillian M. Rivera Maldonado and Joe Rivera. She is survived by her fiancé Sammy Shaffer, her aunt Nilda Rivera and uncles Ivan (Zaida), Ben (Roxie), and Tony Rivera (Susan), as well as numerous cousins including Sundaree, Ivan Jr., Eric, Joshua, Vanessa, Aisha, Ivan III, Nicolas, Tamar, Keith, Danny, Mason and many other extended family members. Along with her friends, including Jasmine Maglione, she is also survived by her two canine companions Jackson and Cinnamon.

Anna will be missed by her family, friends, and co-workers. She was a smart young woman who left us before she could reach her full potential. She was born and raised in New York City. She attended Bard College, and, despite numerous roadblocks which she overcame, she received her baccalaureate degree from Excelsior College in 2017. Anna initially wanted to be a nurse but eventually focused on accounting, something she had been doing since her early college days.

She will always be remembered by her family as a kind, generous, and giving person. It’s hard to believe that she is no longer with us. She will be sorely missed though we know she must be resting in peace in the company of her mother Lily and her maternal grandmother Maria.

The family will welcome friends and family for viewing and visitation on Saturday, June 18, 2022 from 6pm until 8pm.at the Altmeyer Funeral Home, 5033 Rouse Drive Virginia Beach, VA 23462.

She was my everything.
She was suppose to be my wife.
She was the best thing that ever happened to me.

Anna can lay at peace knowing who she was, that she was true to herself and left behind a legacy that I will be proud to carry with me.

Thank you for 13 wonderful years.
I love you and I will never forget you.

Anna, I met you years ago and we almost instantly hit it off as friends! Your beautiful soul and spirit are things that everyone should strive to have! I will miss you so dearly! Rest easy girl!!!😢

Anna was a delightful person, smart, hardworking, and dedicated to her job. I knew her from working on a project at Ohef Sholom Temple. My deepest condolences to all of her family and friends including Samuel, her fiancé. We spoke about six weeks ago and she was excited for everything that lay ahead of her. My thoughts and prayers are with you as you mourn her loss.

I love Anna like family – we were friends of 17 yrs. She was a force of nature – brilliant, kind, stubborn, amazing.

Anna was a true friend and co-worker. We talked endlessly about money, value, family and faith. Her compassion was a tribute to those she lost. Her memory is a blessing.

So many memories. Always such a sweetheart with that big beautiful smile. I’m really at a loss for words. Anna you were a beautiful light to the world. Thank you for the good times and the laughs, even on Facebook. You will be missed.

My Sincere Condolences to the family and all who loved Anna. 🕊💜

We knew Anna when she worked at Ohef Sholom Temple and remember her for her sweetness, kindness and patience when we needed help or stopped by to chat. Always with a ready smile. We are so sorry for your loss and are thinking of you at this sad time.

I knew Anna for several years while she was working at Ohef Sholom Temple. Her positive, caring attitude was just part of who she was. Even after she changed jobs, she was still reaching out to those of us who needed her support. I send heartfelt support for her family; she will be greatly missed.

I volunteered in the office at Ohef Sholom where Anna worked for many years. She was a diligent worker, extremely caring and always had a smile for everyone. She will be greatly missed.