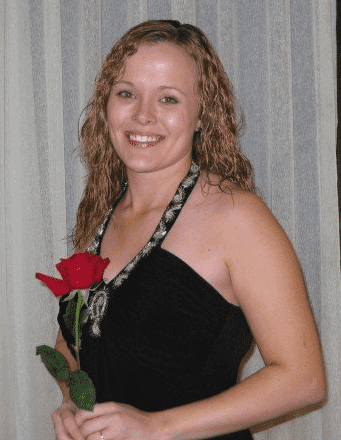 Andrina Marie Law, 36, went to be with the Lord on May 24, 2020. Andrina was born on March 5, 1984 in Gillette, Wyoming. She grew up in Desoto, KS where she was raised by her adoptive parents Richard and Carla Parker. She also enjoyed a close relationship with Dean and Janis Reeves, whom she considered to be parents as well.
Andrina graduated from the University of Kansas with a Bachelors Degree in Social Work. After a brief period as a social worker in Johnson County, Kansas, she wed Aaron Law and together they moved to their first duty station with the Navy in Pensacola, FL. It was in Pensacola that her family grew by one when her first child, Andrew, was born. Next came a brief period in Lemoore, CA, where she had her second child, Niah. Once again, the Navy called, and Andrina and her growing family moved across the country to Virginia Beach where her third child, Rachel, was born. Andrina was a steadfast mother and partner throughout multiple deployments and training exercises—even having her third child while Aaron was deployed.
Andrina enjoyed sewing, crafting, and spending time with her children. Summers in Virginia Beach were spent exploring new places and taking trips in the old RV that she and Aaron owned. She loved lighthouses and the beach. Her children remember that one of her favorite flowers were the dandelions that popped up in the yard, and they would often happily bring her fistfuls of them just to make her smile. She will be dearly missed.
Left to cherish her memory are her three children Andrew, Niah, and Rachel, along with their father, Aaron; her parents Richard and Carla Parker; her brothers Alan and Cecil; and numerous other family and friends.
Services will be private.

I miss you Andrina. You were literally my best friend growing up. We grew up hard together, but we always stayed together. You meant so much to me and I never got to tell you that. I’m so sorry. I should have been there for you. I love you so much and I know you are in a good place now. I will think about you every day until the day we meet again, I promise. With love, your brother, Cecil.

You will be dearly missed my sweet sister Adrina

My deepest sympathy to all of you. Dean and Janis are friends from years ago and I learned of Andrina’s passing through them. I am grieved at such a loss.

Hello, I accidentally stumbled on this page and I saw ur little girl niah write to you. Mommy will ALWAYS be watching over u she is your angel. I dont know your mom or family but always remember mommy is in your heart! Praying for u all!

I love you mommy

I love you so much mommy and I will miss you dearly. And I know that you are in a better place now. I love you more than all of the leaves on every tree in the world!

I never knew this woman, but as a fellow Navy wife I felt the need to reach out and express my condolences. We are so sorry for your loss.

I was shocked and saddened to hear of Andrina’s passing! She was a friend and although we did not remain in contact I often thought and prayed for her! My love and prayers are with her husband Aaron and her beautiful children. Our sympathy and thoughts are with your family.

Andrina, you will be missed dearly. I’m am so sad hearing of this news and I pray for healing for your children.

My dear friend, our days of Chick-fil-A and dinners together during deployment, while the kids ran wild, will forever be in my heart. I’m so glad we’ve stayed in touch and that I got to have the gift of your friendship in my life. Deployment is never easy, but friends like you made it tolerable. May you soar with the angels and watch over your family from heaven. May you bask in His perfect peace. Until we meet again.