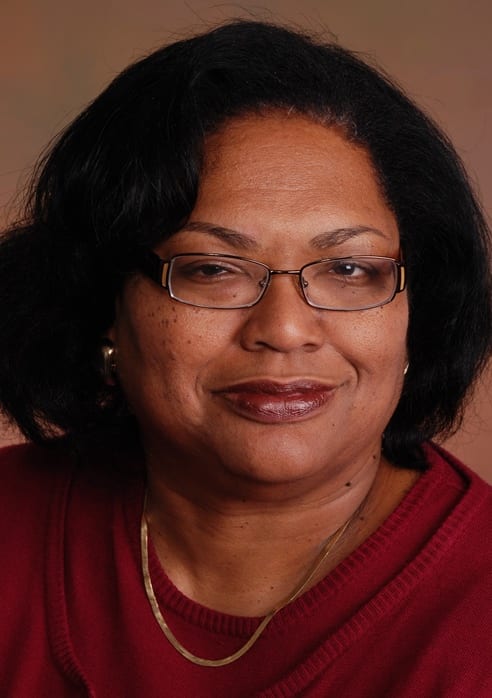 It is with great sorrow that we announce the passing of our loving wife, mother, grandmother, sister, and daughter and niece, Andrea Faye Jackson. The daughter of the late Pervis Wilkerson and Evelyn Clark Wilkerson (Newport News), she was married to Ret. Major Wesley Jackson for 33 years. Andrea, also known as ‘Andi’ or the ‘Paperback Diva,’ was a published romance novelist with several books to her credit and enjoyed sharing her love of books with family and friends. She was a member of the Chesapeake Romance Writers. Her vivid stories and infectious laugh will be dearly missed, but forever remembered.
Left to cherish her memory include her husband, Ret. Major Wesley Jackson; children Aketha Jackson, Kirea Williams (James), Renee Jackson, Travis Jackson (Dayna), and Alanna Jackson; seven grandchildren; Rejon, Jelen, Riya, Corin, Dominic, Kamya, and Jayden; her mother, Evelyn Wilkerson; siblings, Debra Wilkerson and Stephanie Mason (Ray); and a host of aunts, uncles, cousins, and nephews.
Visitation will be from 6-8 PM Tuesday, January 19, 2016 at Altmeyer Funeral Home. A memorial service will be on Wednesday, January 20, 2016 also at Altmeyer Funeral Home at 11 AM, with a viewing preceding the service at 10 AM. Interment will follow the service at Hampton Memorial Gardens.
To support Andrea’s love of literature donations may be made in her honor to Friends of the Newport News Public Library nnpls.libguides.com/friends
Online condolences may be shared with the family at altmeyerfuneralandcremation.com

It is with great sadness that I learned of the passing of Andrea. She was a wonderful swapbot friend, and I will miss her very much. My condolences to the family

Andrea has been a wonderful mentor and friend. I always looked forward to her letters. She will be missed.

I am so sorry to hear of Mrs. Jackson’s passing. You are in my prayers and our family is thinking of you and sending you love.

Although I never met Andrea Faye Jackson, I am inspired by her. She set a beautiful example as an encourager to all.

I am so sorry for your loss. My life is better for having met Andrea through Chesapeake Romance Writers. She mentored and inspired me, for which I am forever grateful. Her kind words, warm laugh, and curious mind will be missed.

Wes, we were so sorry to hear of your loss. Best to you and your family during this time. Lynette and Keith

Wes we were so sorry to hear of your loss. Our love and prayers to you and your family. Lynette and Keith

Jelen,
We are saddened to hear of your grandmother’s passing. Although we never met her, our hearts go out to you and the rest of the family, knowing how difficult it must be to see her go. Our prayer is that God will strengthen you and show you His plans for you to honor her legacy. Surely, she wanted only the best for you, so continue to do all you can to make the best of your life. We are making a donation to the Friends of the Newport News Public Library in her honor.

Wes, Our Deepest Condolences and Prayers are with you and your family.