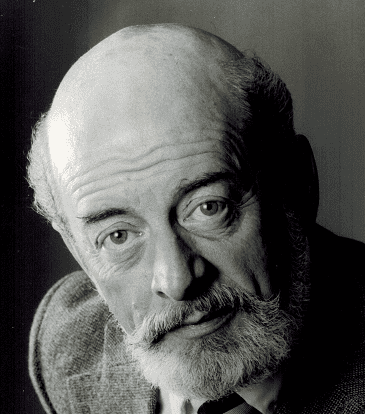 Alton Lee Lively, 89, of Virginia Beach, passed away on October 12, 2016 in Virginia Beach.
“Lee” was born in Portsmouth, VA to late Reverdy Clarence and Charlotte Elizabeth Ewald Lively on September 20, 1927. He was a graduate of Woodrow Wilson High School and studied at The College of William and Mary.
Lee was a founding member and elder of Thalia Trinity Presbyterian Church, where he was a faithful member of the choir.
Lee Lively was an actor, voice-over talent and incredible portrait artist. Acting credits include many local little theater and dinner theater productions as well as TV and feature film roles. On television he played Judge Caldwell for 12 episodes on “Matlock” in the early 1990’s and was also in “The Young Indiana Jones Chronicles,” “Lincoln” and the mini-series “Dream West.” His movie credits include roles in “Prince of Tides” and Zelly and Me.” He was on the board of directors at Studio Center in Norfok and was the on-air spokesperson for many companies across the country. One could hear his distinctive voice in Las Vegas (Walker Furniture), New York, Los Angeles, or right here in town. His broad range of characters and dialects kept him busy in the studio for over five decades. His portrait work graces many homes, boardrooms and offices. His work is also featured in the East Tennessee Hall of Fame for the Performing Arts.
In 1972, he was commissioned to establish a portrait-centered news graphic service for syndication to the television news organizations. Since then his portraits of world leaders in politics, business, sports and the performing arts have been seen in millions of homes on more than 280 television stations and cable systems across the United States and Canada. He was most revered for his ability to capture both the likeness and the personality of those he painted.
Lee was a member of Screen Actors Guild, Portrait Club of New York (Portrait Institute), The Society of Illustrators and the American Portrait Society Certified. He served as a faculty member of the annual National Portrait Seminar in New York and the Nation Artists Seminar in Chicago.
He hosted the Azalea Festival (Norfolk NATO Festival) for many years at the Botanical Gardens and was a longtime member of the Virginia Beach Chorale.
A dear friend writes, “Lee Lively was a fountain of creativity. Talent poured from him in so many ways. He painted; he was a musician, singer, actor and could flavor his stories with every accent known on this planet and then some! He had an unparalleled sense of humor that grabbed life by the throat and brightened up everyone around him. Above all, he was a loyal friend, thoughtful and generous person, a sharer of many martinis and colorful memories.”
He will be most remembered by those who knew him as one who loved a good joke and the entertaining company of good friends and family. He was a true entertainer until the end.
Lee was preceded in death by his parents and his first wife, Catherine “ChiChi” Thomson Lively.
He is survived by his loving wife of 36 years, Sandra Nettles Lively; devoted children, David M. Lively (Katie) of Chicago, IL, Peter F. Lively (Laurie) of Virginia Beach, Michelle Elizabeth Lively of Virginia Beach; adoring grandchildren, Jenna Catherine Lively and Brian Thomson Lively; and many cousins.
A memorial service will be held on Saturday, October 22, 2016, at Thalia Trinity Presbyterian Church, 420 Thalia Road, Virginia Beach, VA at 11:00 AM.
In lieu of flowers, the family suggests making donations to the Alzheimer’s Association in Lee’s memory. To make a contribution to the memorial fund, please click HERE.
The family of Alton Lee Lively extends sincere thanks to Sentara Nursing Center Rosemont for their care and support over the past five months.
The Altmeyer Funeral Home-Southside Chapel is assisting the family with arrangements. Online condolences may be expressed by clicking the “post a condolence” button below.

Sculpting a bust of Lee, I had very mixed emotions attending Lee’s Memorial Service since I had never met him. However back in 1973 I found a photo of Lee featured in a men’s clothing store Ad that was being thrown out for an advertising agency I was working for part time while attending ODU. Art and clay were new to me and I was in heaven. At the time my interest was in Roman and Greek portrait sculpture. Lees face captivated me and I decided to use him as a model. All went well and I was pleased with the result. Someone in my clay class recognized him and called his wife. Before I got home that night she had made three calls to talk to me about the sculpture. She bought and Picked it up the next day, so it was mine for only a little while. So I was so honored to see the bust of Lee on display a the church that he had helped establish. The comments and videos made me wish I had known Lee and family. This early success in clay helped me realize my potential and lead to a lifetime of making and teaching art. Thank You

Pete and David,
As back yard neighbors and friends growing up, in Thalia, we have such good memories of your family.
I always remember your father coming and going in his cool little sports car! Wonderful memories of Chi Chi too. Such a great family.
You are in our hearts during this time.

The art world has lost a truly extraordinary talent. It was my great pleasure to know this man through Pete and Laurie. I cherish the opportunity I had a few years back when I had the chance to sit and interview him about his technique and skill as a portrait artist. Lee’s eye for detail and his control to translate what he sees to a canvas was truly exceptional. Every time I visit with the Lively’s in Va Beach I am drawn in the portrait at the end of their hall. It is a chalk drawing of Laurie. I stand and become entranced in what I see. I am a huge fan of the man, the actor, the artist What a great contributor to the arts. We can be thankful for the many gifts he left behind. He is most certainly missed.

Lee was the consummate artist and artisan… a master at his craft on canvas, stage, in front of a camera or microphone. It was an honor and pleasure, to have worked with him for so many years, at Studio Center. A great teller of stories and jokes… he often laughed at his own witticisms BEFORE the punchline… which is how you knew it was a really good one… making the joke that much funnier! He was an extraordinary man and I feel blessed to have known him.

I was very sad to hear about Lee. I have known him my entire life. He was a great man and I always loved seeing him and singing with him at church. He will be greatly missed.

Lee Lively was, by far, one of the most amazing people I have ever known. I have so many wonderful memories of times shared with the Lively family and I have hanging in my home the beautiful pastel portrait he did of me when I was 14 years old. I will continue to treasure it and my memories for the rest of my days. Rest in peace, sweet man – God has you in his arms. I have you in my heart.

David, although I never met your father, I am thankful to have seen the pictures of him that you’ve shared over the and seeing your face in his and knowing with confidence from whence your talents sprung. God bless you and your family during this trying time and know that your father certainly left his mark on the world and in your heart.

Michelle and Sandy, what a great team you made over the past few years supporting Lee with all his desires and needs. He will never be forgotten. He touched too many lives for that to happen. Thoughts and prayers with you now and always!

The way he made his daughter and my best friend, Michelle laugh and smile always made me smile. What a great relationship they had! Rest In Peace, smile with the angels above.