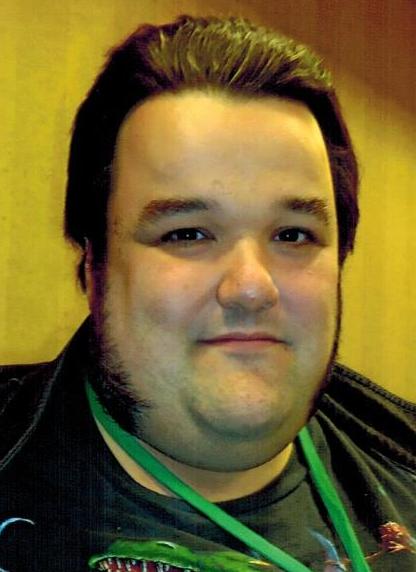 Adrian Leigh Everett
God received his loving son, Adrian Leigh Everett, back into His Heavenly Home in the early morning hours of November 17, 2015. Adrian was born at DePaul Hospital in Norfolk, VA on Monday, July 22, 1974, he was 41 years old. He graduated from Bayside High School in June1992 and was awarded The Alexander Graham Bell Award for Outstanding Achievements. He loved music ranging from The Beatles to Hard Core Death Metal. Some of his favorite movies were “Smoky and The Bandit “,” The Empire Strikes Back” and he loved the Classic Horror films. He also enjoyed professional wrestling. During the 1990’s, Adrian was a professional DJ at Jenro’s in Virginia Beach and the narrator to “The Rocky Horror Picture Show” at the Naro Theatre in Norfolk. He also attended the annual Marscon in Williamsburg every January. Recently, Adrian was writing “Fan Fiction”. He loved spending time with his family; and was always completely honest and true to heart. His Mom, Evelyn Marie Everett, passed away last year in October and he leaves behind to cherish his memories; his beloved sister, Charlotte Marie Everett and her two children; Vivian and Vinnie, his best buddy brother Travis Charles Everett, his caring granddaddy, James Lewis Gentry and his two loving aunts: Patty Gentry and Sandy Eastlick with her husband Mark and two sons; John and Matt. Adrian also leaves behind his precious cat, Monday. In lieu of flowers, Adrian’s family would be very grateful for any monetary donations to help with his final costs. Our address is 4413 Cambria Street, Virginia Beach, VA 23455-6552. We will always love you, Adrian. You will be forever in our hearts.

My dearest Adrian, you were such a blessing in our lives. You were the first grandchild for my parents, and you made me an aunt for the first time. I hope you know that I cared for you; but, I know I didn’t say this enough….I love you. Now that you’ve started your new life maybe you can forgive me for all of my faults. You were so loving to my cats and I appreciated you feeding and caring for them when I wasn’t at home. And don’t you worry about Monday, I will look after her until the day she goes home to be with you. I know you must be happy being back with your Mom and Meme and being free from the prison of your body. May God bless your beautiful soul and guide you on your way to spiritual perfection. I will miss your laugher and kind heart. All my lovin’, always….Patty.