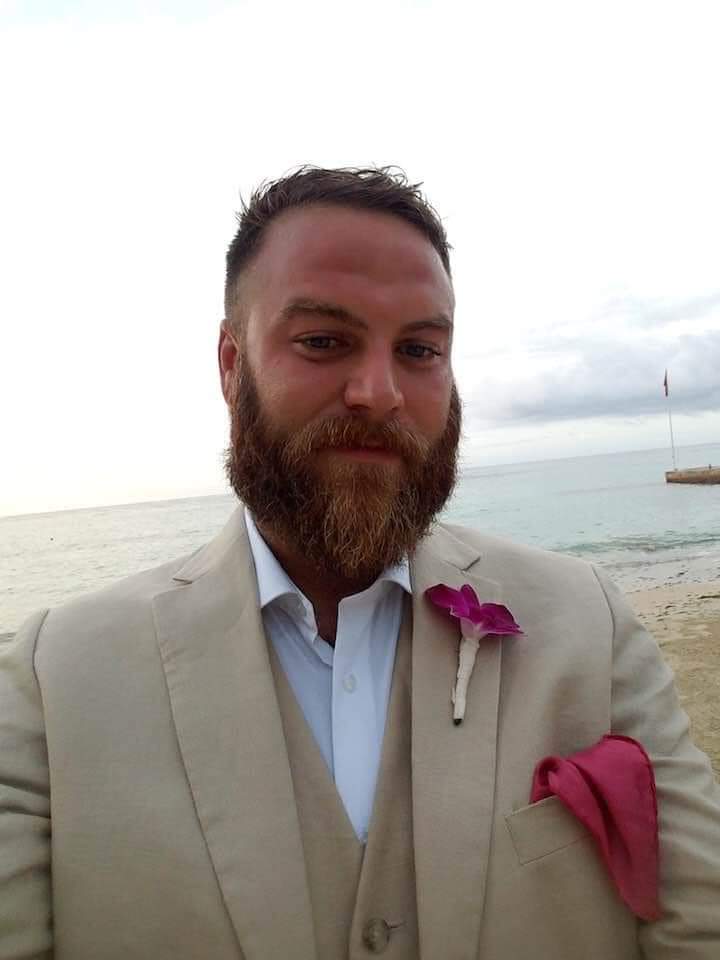 Adam Jerome Fleischmann was born on April 17, 1988. He was born and raised in Hampton, Virginia and graduated from Bethel High School. Adam was proceeded in death by his father Steven Fleischmann, his grandparents, Tom and Shirley Woodard, and his beloved Aunt Carolyn Materia and Uncle Tommy Woodard. Adam is survived by his 2-year-old son, Ryden Jerome Fleischmann, his mother, Janet Fleischmann, and his brother Larry Fleischmann. He also leaves behind many loved ones including, his Aunt Frances and Uncle Fred, his cousins Angela Burns Kellereskie and Mark Kellereskie, Amanda Burns, Taylor Burns, Destynie Burns, and youngest cousins, Thomas and Joshua Kellereskie.
After graduation, Adam obtained his CDL license and went on to work with Eagle Transport. Adam was often described as kind, easygoing, and funny. He seemed to make people laugh everywhere he went. Adam loved listening to music, watching wrestling and playing the guitar. The greatest love of his life was his son, Ryden. He absolutely adored him. Adam was an amazing father. Ryden was the first person he wanted to see when he got off work.
His smiling face, kind eyes, and hearty laugh will be forever missed. Arrangements are in the care of Altmeyer Funeral Home – Riverside Chapel. A visitation will be held at the Riverside Chapel, 7415 River Road, Newport News, VA 23607 on Tuesday, February 15 at 5 pm, followed by a funeral service to begin at 6 pm.

You will always be remembered for your kind heart and your unconditional Love for Ryden. I was, I am proud to have you as my Nephew. Love Uncle Fred….PS 30:5…