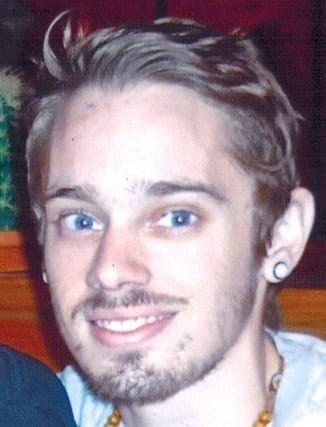 Adam Ryan Edwards, of Elizabeth City, NC, went Home to be with The Lord on Sunday, October 4, 2015 at the age of 23 years following a lengthy illness. Adam was born on March 25, 1992 in Chesapeake, VA to Charles and Kim Edwards. In addition to his parents, left to cherish Adam’s memory are his brother Evan; grandparents Joan and John Lawing and Libby Edwards. Further survived by other family and many friends.
Adam, even though his time with us was short, had many hopes and dreams which he had wished to pursue. One of which was his passion for motor sports, and through drag racing, had accrued numerous trophies to reflect his ability.
A Memorial Service for Adam will be held on Thursday, October 8, 2015 at Bethel Baptist Church (1832 Elbow Road Chesapeake, VA) at 7:00 PM.
In lieu of flowers, contributions in Adam’s memory would be deeply appreciated to the Cystic Fibrosis Foundation.
The Altmeyer Funeral Home-Chesapeake Chapel is assisting the family. Online condolences may be expressed to the family at www.altmeyerfh.com.

Ms. Kim, Evan, and Family, you are in my thoughts and prayers. Even though it was some time ago, Adam and I were close friends. Adam had such a good heart and I will always cherish our memories and fun times together. Even though Adam is not here with us I believe he is finally at peace and is able to truly breath easy now.

You were blessed to have Adam in your lives as he was blessed to have all of you in his. This separation is not permanent. There will be much rejoicing when all are reunited. I pray that at this time Jesus grants you comfort and peace beyond all understanding.

My thoughts and prayers are with your family. My deepest sympathy and condolences to you all as your mourn your loss. If you need anything, do not hesitate to ask.

We are so sorry to hear of the loss of your precious son. We loved having Adam iin our home as a little guy and was a great friend to our boys. Please accept our deepest sympathy. May you feel God’s presence during this difficult time.

My prayers are with you all, May God Bless you all and give you Peace!

Condolences to your family and friends for the loss of your son, Adam. I can’t imagine losing a child at any age. I pray the God of all comfort be with your family during this grevious time.(2 Corin. 1:3) Please take comfort in knowing that the things we experience now, although painful, are temporary. God promises very soon to “swallow up death forever” Ish. 25:8. With My Deepest Sympathy….K Brown

I am so sorry for your lost. Adam fought a hard battle for so long, I like to think he is in heaven terrorizing the streets in the fastest car there! My thoughts, prayers and love go out to all of you.

We would like to express our sincere condolences for the loss of Adam. May you find the courage and strength to move forward in peace and confidence knowing that his life was well-lived as we keep you and your family lifted in our thoughts!

So sorry about your loss. Your in our thoughts and prayers.