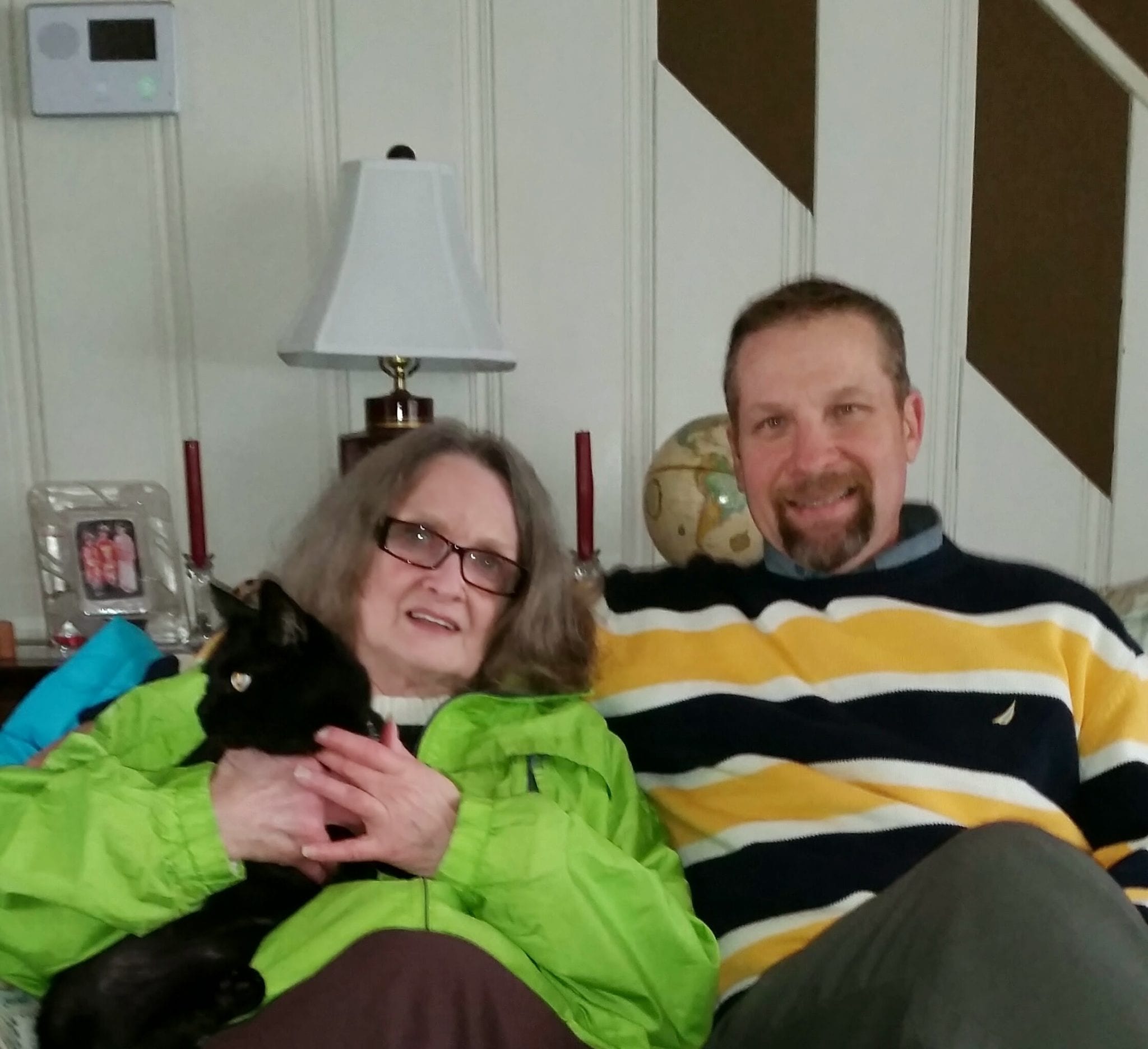 AARON TROY SCHEMPP
Norfolk – Aaron Troy Schempp, 53, went to be with the Lord on Wednesday, December 14, 2016. Aaron served in the U.S. Navy for eight years and was on the U.S.S. Kennedy. He later worked as a marine machinery mechanic at the Norfolk Naval Shipyard. Aaron was a member of Christian Fellowship Church in Norfolk where he served as a deacon. Aaron was a very faithful and active member of the church beginning in June of 1984 when he gave his heart to the Lord. Aaron began well and finished well.
He is survived by his mother Carole Groth, his beloved three-legged kitty L’il Boy and his aunt Dallas Sanders; his older brother David Schempp and sister Sheri Svoboda.
A visitation will be held at Christian Fellowship Church, 3401 Azalea Garden Road, Norfolk on Sunday, December 18, 2016 from 2:00pm to 3:00pm with a Celebration of Life service to begin at 3:00pm with Pastor Pete Paine officiating.
Aaron was known as the friendliest guy in town. He loved motorcycles, his backyard and his cat, L’il Boy.
In lieu of flowers, memorial donations in Aaron’s memory may be made to www.tmcfunding.com.
Altmeyer Funeral Home, 5792 Greenwich Road, Va. Beach is in charge of the arrangements.
Condolences may be shared with the family at www.altmeyerfh.com.

I remember him haven’t seen him since 1990 great spirit

So sorry to hear of this… Although I have not seen Aaron for quite a few years, I still remember his kind compassionate and faithful demeanor… He will surely be missed God bless his family and friends with the comfort of the Holy Spirit.

Aaron was a soldier for Christ, he ran the race until the end. He was a reminder of how Christians should live there life, and that we need to be ready for when that day comes when we meet our maker. I had the honor of working with Aaron at our church for the past 10 years, he was one of the most humble and sincere men I’ve ever met. I looked forward to spending time with him on our many projects and most of all his friendship. I pray I will see you again one day my faithful brother.

Your sister, Sheri (not yet Svoboda) Metz

Although Aaron and I lived vastly different lives as adults, we spent many years of our unstable childhoods together, he was my little brother, and in spite of our differing world views, I still loved and cared about him.

In addition to our mother and brother David Schempp, Aaron also left behind our younger half brother Eric Ledington. Sadly, the only time the four of us were ever together was the evening that our father, Arthur W. Schempp, died in January 2013, and for just a few days after. Nevertheless, Aaron and Eric corresponded frequently and were both looking forward to Eric’s son Austin (who also enlisted in the Navy) finally getting to meet his Uncle Aaron when his ship docks in Norfolk a little later this year. Unfortunately, that won’t happen now, and that saddens us.

Aaron, I know that Dad loved you very much, he was proud of your accomplishments, and he would have been devastated by your premature passing. You left this earth far too soon, and I know there was more you wanted to do. Now you will live on in our hearts and memories.

And if there is an afterlife, please send my love to all of our family members and kitties that got there before you. Rest well, little brother, and know that you were loved.

Please accept our sincerest condolences on the loss of your son, brother and nephew. Mr. Schempp was a loyal contributor for many years, and our community is a much better place because of his generosity.
Sincerely,
United Way of South Hampton Roads Staff

Aaron was a very nice and sweet guy Nothinh was ever to hard for Him to do He Loved His church Family and His Community Group. He was One of the Best and I will Miss Him Terribly!!!

I am Dwight Hoenes’ mother and I remember Aaron at church services when I visited Norfolk.